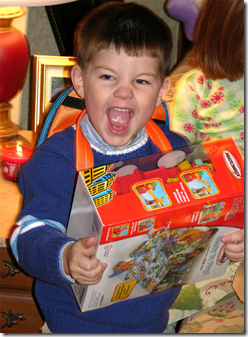 [1] A lot of things have recently got me thinking about recapturing the excitement in my game. The game is coming to it’s preplanned end, but it has been plagued by a slew of minor issues recently. I’ve been rolling with them and delivering some fun sessions despite the issues [2], but my enthusiasm for the game has been waning and it just doesn’t have the fireworks of the first few months. I want to end the game with a bang, [3] so I’ve been thinking about how to recapture that excitement.

The Thoughts In My Head
I started this campaign with a bright and shiny idea. Ideas are ALWAYS bright and shiny. Taking them out and using them dulls the shine a bit and changes the nature of the idea. What starts as the most beautiful campaign you will ever run changes as you actually run it. In my game, things have veered from the original concept, and I’ve chosen to roll with that rather than try to drag things back to the track. We’ve been through 2 different “acts” in the overarching campaign and we are now approaching the final act where the group’s actions determine the fate of the city that they are protecting.

I want this last act to be short, sweet, and have a great memorable ending. To that end, I’m throwing in a lot of preparation on the front end and making sure I’m ready to run it. I’ve also built myself an outline of the steps I need to take to make sure it is exciting for the finale.

That’s my plan for recapturing the excitement for the finale of my game. Every game waxes and wanes. Sometimes you just need to roll with it and have the best time possible that evening. Sometimes, though, you need to give it a 110% and try to light a new spark, even if that is just so you go out with a bang. When your games slow down, what do you do to rekindle the excitement?

5 Comments To "Recapturing The Excitement"

Have you ever had a campaign finish that included the death of a PC as part of the plot? I’m curious if any players or GMs reading this have coordinated a PC dying in a blaze of glory, to enable the party to “win” the game. As long as the player buys into it, I think that would be a great way to end it: instead of retiring and living happily ever after as a demigod or other master of the universe, the bards will sing of your great deeds and glorious sacrifice for centuries to come!

@kirkdent: I had a plot that required the entire party to die at the end. It wasn’t explicitly stated that “you will all die in the finale” because that would have ruined the surprise, but it had been foreshadowed and I have good rapport with my players, so I was pretty sure it would work. It was well worth it. The final climactic battle took place in a cathedral; the bad guy could only be killed by a specific macguffin, so he was planning to bring the building down on all of them before the PCs could kill him. They knew throughout the entire fight that they were doomed, and it was all they could do to take the bad guy down before they died. It was frantic, it was epic, and it was a very, very cool way to end a campaign.

If your group is cool with that sort of thing, it makes for a very memorable ending!

[11] – And what a marvellous finale would be if, playing with other characters in the same world, the previous party would be recognized as the major heroes of the land!

[12] – I’ve had that happen once. A PC sacrificed themselves to prevent an ancient god from using him as a vessel. It avoided one of the big ending fights and provided a great narrative for the ending. Buy-in for that sort of thing is really important. I let the players tell the end of their stories after the last session, and he told a really touching tale of how his family remembered him and visited his small roadside grave and how few people really knew that it was his sacrifice that saved the world.

In a dimension hopping game I essentially created an almost perfect denouement… at the end of the first dimension.
The players didn’t know it wasn’t the end, everyone was blown away by the explosive “ending” (sending a captured super-dirigible, laden with explosive munitions into the capital of the evil empire, ah steampunk). One of the players was actually shaking my hand to congratulate me on a campaign well-run when I pulled the rug out from under them. They zap-ported to the next dimension and into an even more hopeless situation than the one they’d just fought their way out of…

… The characters continued to grow but the great number of costly victories and costlier losses (very noir-esque cyberpunk setting) started to make the characters grow and appropriately became very jaded, nonchalant about the constant threat of a violent end, and more than a bit maudlin. The characters though began to loose a bit of their zest and the players really weren’t having as much fun playing them after a while. So Introduced some new ally NPCs, Aesir-worshiping jetpack-toting crazy warriors so dripping with verve, vigor, and chutzpah that it was contagious. The characters/players perked back up and went out in a blaze of glory… Only to get zap-ported unto their just rewards (skipping a 4-6 session campaign arc).

Sometimes something simple, the changing of a single set-piece can be all it takes to revitalize a campaign.