I have been a fan of using recaps at the opening of my sessions for many years. Over the years I have tried a number of different recapping techniques as a way to make the process a bit more interesting. Recently I started using a new technique for presenting the session recap and wanted to share it with you in this article.

I have been watching the TV show “Life” on NBC. The show is about a police officer who was wrongly accused of a murder, imprisoned for 12 years, and then recently released. At the beginning of the first few episodes, the show had skipped the typical recap (“Previously on Life…”), and in turn had it set up as a documentary where the minor characters: the wrongly accused officer’s former partner, the detective who investigated the murder, and the ex-wife talk about the police officer and the events surrounding his arrest, imprisonment, and eventual freedom. It was a great technique for recapping a lot of events that occurred before the show started, and it provided insight into the main character as well as his relationships with some of the minor characters in a unique way. I thought to myself… now that is the way to do a recap.

There is no mystery to this. The recap is when the either the GM or the players recount the events of the previous session(s) as a means to get everyone up to speed before play begins. The recap can often be a bit dry, for a number of reasons. First, it is typically the opening of the session, so everyone is settling down and getting into character. Second, recaps are often a bit boring, being somewhat dry and factual. Boring or not, I have always found it to be useful to start my games with some kind of recap, but it really became beneficial when I stopped running weekly games and began to run them bi- or tri-weekly.

The recap helps in a number of ways. First, it ensures that some basic information about the previous session is conveyed to all the players. By making sure that certain points are covered in the recap, you can ensure that players who may have missed some piece, while building dice towers or getting a beverage during the session, are all on the same page. Second, it gets the group on the same page for when the play starts. By using the recap to cover what just happened in the last session, the players make a natural transition into the start of playing.
An Evolution

Over the years I have tinkered with my recaps. I started by doing the straight up, factual recap: just going over the details of what happened in the previous setting and then jumping into the session. Then a few years ago, I placed the responsibility of recaps on the players. I would have the players recap for me the details from the last session, but I was unsatisfied with the outcome. The player recaps were plagued with gaps. Players only remembered their favorites parts of the game, and some players were better at remembering things than others. In the end, I had to fill in the gaps by interjecting.

When I started my Iron Heroes campaign, I went back to doing my own recaps the way I had done them before, dry and factual. It was helpful for the players, and less frustrating to me, to be doing the recap. They went faster, and I was sure I got all the important facts covered, but they were still really dry. Here is an example, part of the recap from the beginning of the second session of the game:

“Soon they came across a field of dead trees and a sinister black plant. A group of demon soldiers a female fiend, and a human man were present. The human was being tossed onto the plant’s vines and roots, in some kind of experiment. The heroes interceded and fought back the ten demon soldiers. Without anyone’s knowledge Tabris used a small amount of magic to prevent one of the demons from helping fiend escape by coach. As the demon soldiers fell, the heroes closed in on the coach, and the fiend hiding inside.”

It’s OK. It has facts and it covers the major event. It does it’s job, but it’s not very interesting to read.

Around the 10th session, I started to think of how could I possibly make this more interesting. After some thought I came up with something and tried it out with great success.

I decided that my recaps would be more interesting if someone else besides the GM was telling them. I did not have the time to recruit friends to do any acting for me, but as a GM I was sure I could act them out myself by telling the recaps from the point of view of one of the NPCs from the last session; and that is just what I did. Now, I pick an NPC from the previous session to be the focus of the recap. I use that NPC as the main character in a mini-story. I then tell the recap as a narrative, as much as I can, through their senses, and I will use a little 3rd person narration to fill in things that the NPC may not know, but that I need to cover.

This technique achieves a few things. First, the recaps are much more interesting than before; they read better and are easy to listen to. Second, I often reveal a bit of the NPCs insight to the players through the recap, things that the NPC may have been thinking in the past session. This gives the players a new point of view to consider, and it adds depth to the NPC, showing him/her as a more thinking and feeling character in the story. Lastly, they are fun to write. I love writing my recaps now, where before it was just a mechanical exercise that I needed to get done before I started writing my notes.

Here is an example of the recap from a later session. The main character is a female mercenary mage, named Yoz, whom the heroes hired to transport them across the Demon Lands:

“She had met them [the heroes] at the Fire Keep, when they approached her while having a drink. They wanted transport, and they offered several jars of ooze for it. She suspected they had no idea how much ooze was worth. Had they known, they could have hired a small army to clear any path for them, where ever they wanted to go. But instead they overpaid her to fly them down to the central lands and then back. At first she thought they were fools, but then she suspected that they might know more than they were letting on. She took the job, even though she suspected that it would be dangerous.

After their meeting, she followed them to see the presentation of the gifts to the Fire Lord. At first they seemed not to be interested in the event, but Severis talked to Arion and their attitude changed. They made a very lavish gift to the Fire Lord as well, and won his favor. They were admitted into the house for a meal and lodging. Lucky them, no one tries to take you while in the Fire Lord’s home. Too bad the same cannot be said about the other inns.

That evening she went out to prepare herself for the trip. The rest and meditation helps to focus her energies and makes the trip go quickly. She was hoping that she would not have to set the rock down to rest. Her thoughts were clouded as she thought how lucky the outlanders were to dine in the Fire Lord’s mansion. To eat food from far away places, to have shelter and protection. The things they must have seen, perhaps the Fire Lord would show them the Great Furnace, where the fire was kept. To see something like that, that is a true honor.”

This sounds more interesting, than the previous recap, and it gives the players a different insight on their events. Here’s a little background information about the recap above: the Fire Lord and most of the inhabitants of the Fire Keep are cannibals, and the players were disgusted being there. They were required to make a public presentation of a gift to the Fire Lord, out of hospitality. The most lavish gift, would win the favor of the Fire Lord, and an invitation to dine with him. At first, the heroes did not want to be invited to dine with the Fire Lord; an event they thought would be the equivalent of Han Solo eating with Darth Vader in Empire Strikes Back. But during the gift ceremony, Severis detects a source of ancient magic emanating from inside the Fire Lord’s residence, and suddenly the players become very interested in winning the Fire Lord’s favor, so that they can be invited inside, and discover the source of magic.

The recap gave the players a different perspective on the Fire Lord, an NPC with whom they were mostly disgusted, and shows them that among the locals, he is revered. Also, the last line of the second paragraph helps to convey the gritty desperation of the land in which the heroes were traveling.

If you are doing recaps, give some thought on how to spice them up. I have heard of some GMs using techniques similar to the recaps used in television episodes, “Previously on Lost…” For a Cyberpunk 2020 game that I use to run, I would do the nightly news, before each session, where I would not only recap the previous session, by presenting it as a news story, but I would also foreshadow future sessions and events through the news stories. Be as creative with your recaps as you are with the rest of your session, and your players will take notice. If you make your recaps more exciting, you have a much better chance of your players remembering important details from previous sessions, and you set the tone for the night by coming out of the corner swinging.

What are you doing to make your recaps more exciting? 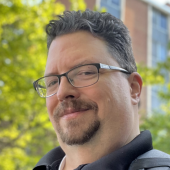 5 Responses to Recapping With Style