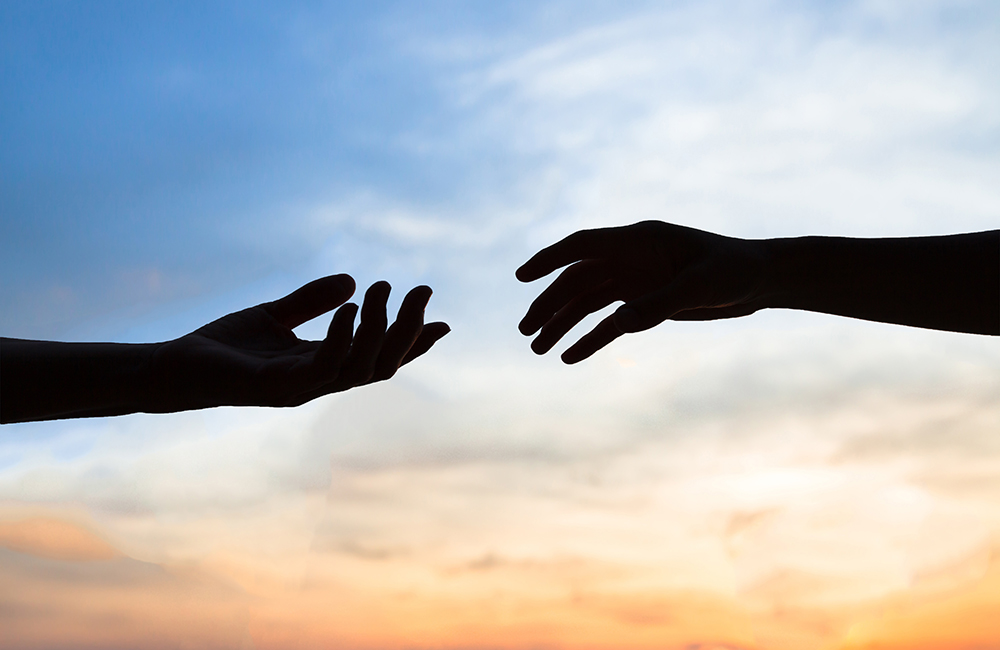 Wait, no touching hands! Or if you do, wash your hands right away. God I miss people…

Man, it’s been a year already, hasn’t it? Everything has been turned on its head thanks to the pandemic and many of us are dealing with more than a little anxiety and dread about the current state of the world. For me, the lack of my gaming conventions and seeing the wider social circle of my gaming friends has been hard. I joke that I’m an extroverted introvert, so that lack of connection has been seriously felt. So, I guess this is as good a time as any to remind folks to reach out to your gamer community and friends you’ve been missing.

Back in March, at the beginning of this mess, I did a quick post about how to take your gaming group online. This has been an absolute lifesaver for me, and to be honest, I’ve actually gotten more gaming in over the past seven months than I would have otherwise, cons included. We also invited U-Con’s Laura Hamel on to do a guest post about taking conventions online. Thing is, online tabletop gaming is often not an option for some folks.

First off, there’s the fact that our rural communities are woefully underserved by internet service providers. Several of my friends live out in the country and have had to make hard choices. One has been using a cell phone hotspot to work. Another just doesn’t have enough bandwidth available to support everything his family needs to do online AND game via zoom or the like. Even folks in urban and suburban areas may struggle with quality internet. While not relevant to the pandemic, one friend had to wage a war with the squirrels on his property as they kept chewing through the cable line every couple of months.

Second, online gaming just isn’t right for everyone. Several friends have been going without gaming because it just doesn’t suit their lifestyle. For folks who spend much of their day in front of a screen for their job, the idea of spending another few hours in front of it to game is extremely unappealing. One pair of friends just can’t focus on the game well enough to make it work. They’re too distracted by the technical difficulties and the oddities of online conference chatting. A particularly extroverted friend simply gets too fidgety as his brain struggles to be present for the game when no one else is physically around.

Whatever reason someone has for not gaming online, it doesn’t matter. Like many things, life is incredibly complicated right now and we’re all dealing with things in our own way. No matter how much I rave about my experiences gaming online (and how sometimes it feels like the only thing keeping me hanging on), that doesn’t change another person’s situation or feelings about the option. I will still totally play tech support for any friend that wants to try it out, but I’m not going to harass anyone into doing something they don’t want.

So, what to do? Reach out. Text, call, e-mail, tag them on Facebook or wherever you have a social media connection, or hell, send them a freaking letter with a postage stamp and everything like it’s 1918 or something. Even if you can’t game with them in the near future, it’s worth reaching out to check in with them. Basically, if there’s someone you probably would have gamed with at some point over the last seven months, but you haven’t because of the pandemic, reach out. Keep your gaming network of friends healthy, even if getting together right now isn’t going to happen.

Things will eventually return to normal. That normal may be nothing like what normal used to be, but that’s actually how life is anyway. There may be some common threads, but change really is the only constant. That said, I’m certainly going to do the work to keep in touch with the gamers I miss.