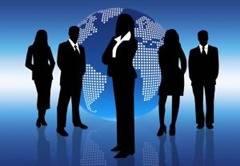 NPC organizations are a must have for many campaigns, and even when nonessential they add to a game in many ways. They create a pool of quick allies, enemies, or support. They come with all kinds of plot hooks. They’re fertile ground for flavor. The reasons to add a few to your game are endless. But it’s also easy to accidentally bog yourself down with unnecessary work and to waste time with too much detail that will never see play.

Thus, like my other Quick and Dirty templates, the following NPC organization template is designed to get the essential information down on paper without spending an excess of time and energy you could be using in other areas. The template is designed to fit on a notecard or a half sheet of paper and has enough information to keep the organization clear and useful while avoiding bloat.

Name: This is the name of the organization, but it may also be a short list of names used by various groups. Maybe the common man calls the group by one name and the group itself uses another.

Abstract: What IS it? What do they do? What are they for? What is their mission statement and why do they exist? This section is just a sentence or two that sums up who and what the organization is.

Goals: What is the organization working for? Knowing what the majority of members want (or at least claim to want) makes roleplaying them easier.

Location: Where does the organization operate? This section includes both a general area plus any notable important locations such as headquarters.

Members: This section includes what an “average” member looks, thinks and acts like. It’s also for any notable individuals, though they should have no more than a name and function.

Resources: What resources does an average member have access to and what can the organization get it’s hands on?

Strengths: What does the organization do well? Why are they a threat, a good ally or simply interesting?

Weaknesses: What does the organization do poorly? Where do they have problems? What do their competitors and enemies take advantage of? What do they hire freelancers to do?

Hooks: These are partially covered in other sections, but they bear repeating. What are adventure hooks that you can use in your game? What does the organization need from the PCs and they it? Where are they likely to work together or butt heads?

Here’s an example of the template at work:

Goals: Most muddies just want a little security and quality of life so they’re constantly trying to learn or pick up anything that will help them survive.

Location: The Muddies operate in Broken-tooth Bay. Their headquarters is in a small network of mud tunnels and subterranean ruins under the city. Though the network mostly floods when tide rises, there are a few secret chambers that remain dry.

Members: The typical Muddy is a young orphan or stowaway. Constantly filthy from their underground haunts they blend into the earthen streets of the town perfectly. Rumor holds that a few adults run the gang, but these have not been substantiated.

Resources: Though Muddies often steal, there aren’t a lot of riches in a small farming community to be had and while ships and adventurers often have gold, they aren’t easy targets.

Strengths: Muddies blend in with the terrain well and are small enough to skulk under the towns stilt buildings so they are expert information gatherers. Most are also small enough to slip into and out of many of the town’s rough buildings (though they make a mess when they do) through gaps and windows.

Weaknesses: Since most of them are children, Muddies have a hard time being taken seriously making negotiating for goods and other day to day activities problematic. They’re also not strong fighters nor excellent planners.

Hooks: Muddies always have the best info in town and are willing to sell it. They’re also likely to pass tips and jobs on to mercenaries and adventurers for a share of the loot. The Muddies also occasionally need to hire muscle to deal with trouble from older rogues trying to move in and take over their turf.