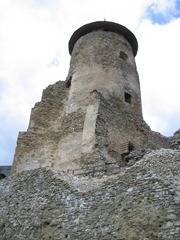 GMs must populate their settings with plenty of fun and interesting locations and after a while it can be tough to create new and fresh locations and to keep similar locations distinct from one another in your head. Over time every creepy forest tends to blur together and you don’t remember the difference between Fenwood and Bramblescar.

Locations also have the capacity to be a major prep time-sink. Good locations are a centerpiece of your game, but it’s easy to spend far too much time and effort micro-detailing a location for the payoff you’re going to get from it.

To help with both of these potential problems I propose a quick and dirty location template which lists key components of locations and is small enough for a notecard or half sheet of paper. Each entry on the template is meant to be a sentence or two, not a complete book, so it’s quick and easy to do and after your location templates are finished you have a handy reference for when you need your location’s cliff notes.Â  Once a template is finished, you’re ready to start designing dungeons, encounters, adventures etc… based in them just like you normally would. This template works for any location of any size, but it’s intended for an area that’s more or less homogeneous, so large locations that contain several distinct areas (like a kingdom) are best broken down further into smaller locations.

Location Name: This is a few words that are memorable and convey the feeling of the location. These names are for your own personal use and reference. The “official” name of the location as used by NPCs in the game and the PCs may be different, but a quick evocative name will help remind you what you want the location to be.

Ambiance: This section should briefly convey the look and feel of the location. It’s meant to be a spark for your descriptions of the area during play.Â  Even though they’re all forests, “Ancient growth forest peppered with Elven ruins”, “Marshy willow forest” and “Bramble-dense sapling grove” are all distinct.

History: Especially avoid writing a novel here. This should just be a few notes on the history of the location to make sparking adventure and sub-location ideas easier. Something like “Once held by elves, fell into ruin. Now a haven for several nasty goblin clans” will work fine.

Encounters: This is not a defined encounter list or wandering monster list. Instead this is just a short list or few sentences about what kinds of encounters the players will find in this location for use when you DO create encounter lists, adventures, and wandering monster tables. “Standard creatures for this environment” is fair game, although most locations should have a little more to go on than that. “Lots of inter-goblin skirmishes”, “Dark Fey dominate this area”, or even “Ol’ One-eye the unique griffin inhabits these woods” are perfect.

Hooks and Hotspots: An optional part of the template, this section is for adventure hooks and “Hotspots” (unique, important or special sub-locations) that aren’t implied by virtue of earlier sections.Â  If we mentioned that our woods are inhabited by goblins and full of elven ruins, it’s assumed that there are goblin lairs and elven ruins around and that “exterminate the goblins” or “Explore the ruins” are available hooks, but a good non-implied hook might be finding the goblin hedge mage who can teach the PCs the local goblin dialect and a good hotspot might be the hidden crypt of the elven royal line.

Here’s a pair of examples:

Name: Fenwood
Ambiance: A thick forest full of twisted drooping trees, Fenwood’s soil is marshy and fallen leaves conceal many pockets of stagnant water and quicksand.
History: Largely avoided for it’s long held reputation for being haunted and dangerous, Fenwood has little in the way of a history.
Encounters: Fenwood is home to normal forest and swamp creatures. In addition a tribe of primitive cannibalistic gnomes spy and prey upon visitors. A number of dark fey lovingly tend the sickened trees and rotten bogs and eagerly capture slaves.
Treasure: In addition to treasure captured from adventurers, the swamp gnomes craft powerful woven totems and the Dark Fey have many pieces of living sculpture and jewelry with it’s own disturbing beauty.
Hooks and Hotspots: The swamp gnomes’ cannibalism and dark fey’s slavery make rescue missions common Fenwood hooks. In the center of the forest, the dark fey hold a Stonehenge-like altar to a Shub-Niggurath-esque deity.

Name: Ash Flats
Ambiance: A dreary desert of ash studded with fist-sized irregularly shaped igneous rock and the occasional bit of metal or stoneware debris, the monotony of the ash flats is broken only by the occasional drifting fire mote (small slowly drifting permanent portals to the elemental plane of fire) or dust storm. At night, the ash flats look like a massive swarm of fireflies as motes and elemental vermin criss-cross the landscape.
History: The site of a one-grand Elven forest city, a magical accident created dozens of fire motes and burned the city and surrounding forest to the ground.
Encounters: No natural creatures can survive in the bleak wasteland of the ash flats, and the drifting motes prevent regrowth of plants. However, vermin from the plane of fire routinely cross through the fire motes and slowly and painfully burn out unless they can return or find fuel. Below the insulating ash, colonies of fire rats burrow retaining heat and returning to the plane of fire through fire motes that drift below ground level.
Treasure: Elemental vermin carry no treasure although their burnt out bodies may contain small crude gemstones. The flats themselves however are studded with debris that survived the incineration of the city, weathered items made of metal, stone, or ceramics are common. Large burrows of elemental vermin often horde these.
Hooks and Hotspots: Somewhere beneath the ash lies the ritual circle that sustains the fire motes. Finding and ending this effect will allow the ash flats to recover although dangerous creatures from the plane of fire may notice and interfere.