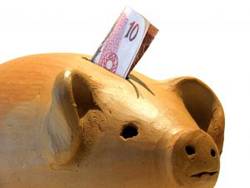 I had a chance to game with Tavis Allison, the president of Behemoth3, at this year’s GenCon, and after the con he asked me if I’d write about their latest project, Otherworld Excursions, here on Treasure Tables.

I agreed, for three reasons: Tavis is a very nice guy, we swapped a bit of free PR (which is always good!), and I think it’ll make for some interesting reading and discussion here on TT.

So what’s the idea behind Otherworld Excursions? In short, they’re a lot like gaming cruises: private vacations led by a famous game designer, centered around that designer GMing a game for you. That’s a nifty idea — and a great springboard to ask two questions: what is professional GMing, and how should it work?

Otherworld Excursions (OE) has three initial offerings — here are brief summaries (you can read the full descriptions on the OE site):

• A day tour of Chicago’s occult architecture and a gaming session with Kenneth Hite (author of GURPS Horror, GURPS Cabal and many, many others), for $175
• A tour of Stefan Pokorny’s studio (Stefan founded Dwarven Forge) and 18 hours of immersive gaming over the course of the weekend, for $350
• A weekend exploring a defunct military base and a 19th Century castle, culiminating in a game run by John Tynes (creator of Delta Green for Call of Cthulhu), for $550

Attendees are responsible for their own travel costs, making this essentially a highly-personalized gaming convention. The first two things that jump out at me are that this is a lot of money, and that it sounds like a pretty cool experience — particularly the Abandoned Military Base Getaway Weekend with John Tynes.

I’m a huge Call of Cthulhu fan, and Tynes’s work with Pagan Publishing is excellent — I’m sure he’d be an amazing GM. Setting the mood for that session with a personal guided tour through an abandoned military base, and then a castle that’s rumored to be haunted, sounds like it would rock on toast. That said, it’s not cheap — which raises some interesting issues.

For starters, gaming is a hobby where you can, if you like, spend very little money and have a lot of fun: you buy a core book, write your own adventures, and you’re set for a few months. Not everyone does it that way, and plenty of gamers (myself included) by a ton of supplements and other related goodies, but it’s definitely an option that sets gaming apart from a lot of other hobbies.

Second, stack that cost up against a major convention like GenCon: not counting travel costs or the exhibit hall, GenCon this year cost me about $250, which covered my share of a hotel room, my badge and all of my events, and it lasted four days. I’m sure the Excursion with John Tynes would generate a lot of great memories, but so does GenCon — and even though I know that they’re different types of experience, I don’t see myself spending that kind of money on an Excursion (though I wish I could!).

But would I lead one, or go on one that was held locally (avoiding travel costs) and cost less money? I’d certainly consider it — and Behemoth3 has thought of this, too. They’ve got a PDF survey that you can fill out and mail back to them, and it includes questions about how far you’d be willing to travel and how much you’d pay for an Excursion. From talking to Tavis, I gather that they’re hoping to take OE to the point where there are a wide range of Excursions to choose from (with different price levels), in a variety of different locations and with famous and non-famous folks leading them.

There’s also a contact address for you to inquire about leading your own Excursion, which would be a form of professional GMing. I don’t know what this entails, and I there’s not much on the site in the way of details. It does lead nicely into our two questions, though: what is professional GMing, and how should it work?

So far, we have the twofold Behemoth3 model: famous game designers lead fairly costly tailored Excursions, presumably for pretty substantial compensation; and regular GMs have the opportunity to lead smaller-scale Excursions, probably for a bit less money. It’ll be very interesting to see how this shakes out — and it goes without saying that I’d love to hear some attendee testimonials once the first Excursions have taken place!

Then there’s the model used by the online roleplaying site GhostOrb. They’ve got a pay scale for professional GMs — folks who have proven that they can run GhostOrb adventures online — in the form of a percentage payout based on the fees that users pay to play your games. The scale goes from 35% to 65% depending on the GM’s rank on the site. GhostOrb is a fairly new site, and I don’t know how well this is working out for them or for their GMs — but again, it’s a neat idea and I’m curious to see how it goes.

Apart from being compensated for running games at a convention (often in the form of a free con badge or other swag), those are the only two avenues for professional GMing that I’m aware of. Significantly, I’m willing to bet that neither of them hits one part of the definition of “professional” — that you’d be able to make a living doing it.

But is that what professional GMing should be about? I’m a professional writer, but I also have a day job — I’m not trying to make a living from my writing, though many others do just that. If you want to go down that route through OE or GhostOrb, doing it professionally in the sense that you get paid for it, but aren’t making a living at it, then I think both certainly qualify as “professional GMing.”

More importantly, though, how do you feel about the whole idea of paying someone to GM games for you? I know I’d feel weird charging my players for my games, and I’d certainly feel weird about paying for a game myself — but at the same time, I can see where knowing that I had to deliver a session that was worth the entry fee would change my perspective. It would also dramatically change my players’ expectations, as it should: if I run a lousy session now, they’ll probably chalk it up to a bad week — but if they paid for it, they might not come back.

If I step back a bit and think about the time and money that GMs put into running their games (prep time, money spent on books, etc.), however, it sounds a bit less odd to me. I can’t think of any direct analogies in other industries at the moment, though — blogging comes to mind, as does giving a museum tour, but neither are a perfect fit. Mainly, I think that gaming has been around for thirty-odd years without professional GMing, and the whole concept has a bit of an uphill battle as far as gaining adherents goes.

What do you think of Otherworld Excursions and GhostOrb? How about the whole idea of getting paid to run games? Do you know of other avenues for professional GMing? What have I overlooked, in terms of the big questions and their potential answers? As always, I look forward to hearing your thoughts in the comments!