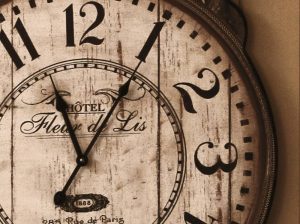 When I was first introduced to roleplaying games, I was in high school and had all the time in the world. If we wanted to play all weekend, the only difficulty was in convincing my parents that it was okay for me to hang out with the guys for that long. Even in college, there was gaming every Wednesday night and usually on the weekend. It was glorious and it’s probably never going to happen like that again. Unless, of course, I end up in a retirement home full of fellow gamers.

Suffice it to say, I don’t have the free time that I used to and I think that’s true for most of us.

This week on Gaming and BS, an awesome gaming podcast you should definitely give a listen, one of the hosts grumbled about players expecting to start a campaign with competent characters. Whatever happened to being a farmer starting with a stick and being grateful for that stick!? He was mostly grumbling tongue-in-cheek (I hope), but it did get me thinking about the way I game today compared to my games of yesteryear.

Today, I’m pretty busy with doing that whole adult thing. I don’t have kids (or dogs), so I have the freedom to go to cons whenever I can afford it, but otherwise, there is a long list of responsibilities that stand between me and the gaming table. Even if I think about gaming ALL the time, I simply can’t devote the amount of time I used to. When it comes to that simple farmer with a stick, I’ve been there and done that and as awesome as it was back in the day, it’s not what I want out of gaming any longer.

The thing is, I think many of us busy adults, myself included, forget to adjust our approach to gaming to better fit our busy lives. Even if we don’t have it, many of us still plan games as if we still had the same amount of free time available. When you carry a hobby from your youth into adulthood, you’re going to have to make compromises to keep all aspects of your life in some semblance of balance. Back then, I could take a starter character through all kinds of adventures and have them come out a bad ass on the other end. Today, I’m lucky if I get to play the same character through even a few adventures.

I am just as guilty of this as a GM. In planning my Eberron campaign, I didn’t take into account how often we actually get together and play. As a result, a campaign that started four years ago is only about a third complete. Between busy schedules, family and kid commitments, and a plethora of other games we want to try, the campaign advances a little and is then put on hold again and again. If I’d tried running this game back in my college days, it would be done by now.

So what can be done about this time sensitive dilemma?

Be realistic about your group’s schedule. How often can you count on the core group actually getting together? Maybe you are lucky enough to have a weekly scheduled session that everyone reliably sticks to, but even then it’s probably not the Mt. Dew fueled all-nighter you’d have done back in college. Understand the limitations of coordinating several people and make the best of the time you can schedule. Also, remember if you’re only getting together once a month (which is better than nothing), your players are probably going to need a reminder or two on what happened the previous session.

Know the limits of attention spans. Maybe your group only plays one system and it’s always been the same campaign, so this isn’t an issue for you. From my experience, that’s not the norm. Even groups that stick to the same game system want to try out new campaign ideas. While my group loves the characters they have, they also want to try the shiny new games that are out there. Getting tied down to one long, massive campaign means it’s difficult to work in time to try the new hotness. I actually chose to temporarily set aside my Eberron game so I could try my hand at a short Monster of the Week campaign.

Have an inkling of what your players want out of the game. It should go without saying, but not every gamer is built the same. Some play for a chance to blow things up and let off some steam. Some play to build a character with a rich story. Some want to taste a little bit of adventure and excitement. If you know what the players in your group want and respond to, it’ll make it easier for you to tailor the game to efficiently hit those buttons. Find out what makes them tick and you’ll get them invested in the game without a long build up.

Don’t be stingy with the awesome stuff. I’ve talked about this before, but it’s easy as a GM to be too sparing with the cool stuff in a game, trying to save it all until just the right moment. A moment that never actually comes. If you’ve got a great idea for the game, don’t pad it with several sessions of build-up. Try and work the cool stuff in throughout the whole campaign, not just at the very end.

Right now, I have a Monster of the Week campaign I need to finish up, an Eberron campaign I want to get back to, and at least three more games I want to try my hand at running. What’s the lesson learned? Time is precious and it’s best to make the most of what you’ve got.