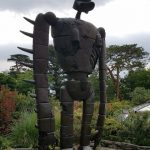 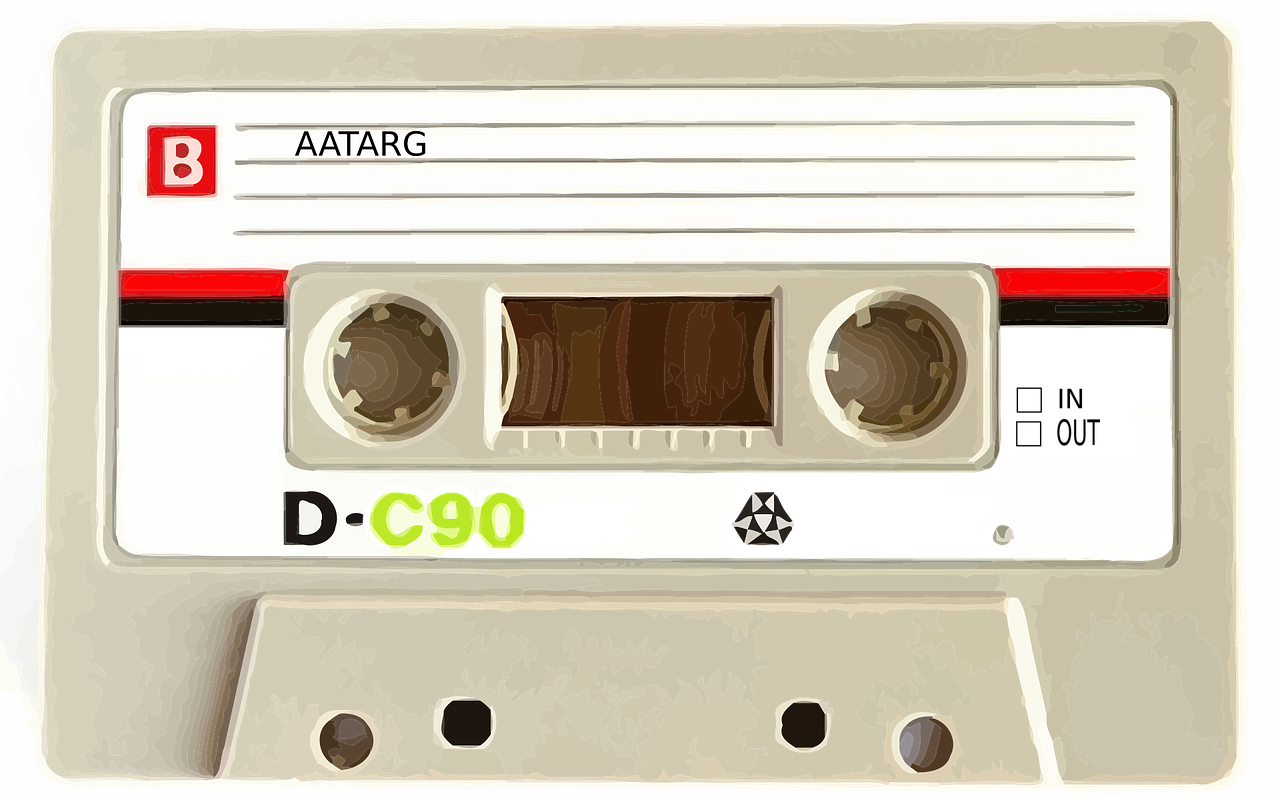 In this article, however, I want to chronicle how my experience as a player has been enhanced through the creation of character-specific musical playlists. It is a fun (and useful!) way to enhance your enjoyment of a character, and of a campaign. Best of all, it’s easy. Let me explain.

What is “Playlist,” Precious?

Let’s be clear about what we’re talking about. I mean a playlist of songs chosen by you, the Player, for one of your Characters. It may be shared with your GM, your fellow players, the whole world, or be entirely private.

What should a character playlist not be? Work. This is supposed to be fun. If at any point, it isn’t fun, you should just stop.

There’s lots of ways of exploring characters. This is just one.

Find what works best for you.

So with that out of the way, why should we make a character playlist?

Everyone Should Have A Theme Song

I am in no way musically gifted, and no one would suggest I possess a refined taste in music. All the same, I have had a blast putting together playlists for my characters, because it gets me thinking about my character in lots of different ways.

Music can also give insight into a character’s inner thoughts on an emotional level. At its best, a playlist can help you explore and figure out where a character comes from, who they are, and where they are going. It provides context to the question “what would my character do?” in any particular situation because you already know what song will be playing when they make that decision.

The work you put into a playlist, and the enjoyment you derive from it, can also last long after the character or campaign is no more. You may stop playing the character – whether because they died heroically or retired gracefully. The campaign may end – whether in a climactic showdown or quiet obscurity. But the playlist lives on. It’s always within easy reach if you want to revisit the character or campaign. Through the songs you select, you keep positive memories of both fresh in your mind. The lasting legacy your playlist leaves may also help you, as it does me, to keep making new characters and come back for more.

At its best, a playlist can help you explore and figure out where a character comes from, who they are, and where they are going. It provides context to the question “what would my character do?” in any particular situation because you already know what song will be playing when they make that decision.
Creating a character-specific playlist is also a great way to discover new music. Sure, you could build a playlist with your own favorite music (and that’s ok!). Many of my playlists feature tracks used in the Silent Hill video games, in particular Mary McGlynn’s vocals (seriously, check her out!). But you might find that as you dive deeper, your character turns out to have very different ideas of the music they think personifies them.

Your character’s refusal to like the music you like is an opportunity to explore musical genres you either aren’t familiar with, or that generally just aren’t your usual jam. A lot of music you would never enjoy casually may take on new meaning when applied to a character you created. Aaliyah of the Dust – a character in a Numenera campaign – led me to dive into music with a more Middle Eastern-flare (e.g., Anne Dudley and Jaz Coleman’s “Songs from the Victorious City”). Xiao Mei – a Chinese character in a campaign of Afterlife – resulted in a playlist that heavily features music from movies like “Crouching Tiger, Hidden Dragon” and “House of Flying Daggers.”

A character playlist also gives your GM insight into who you are playing. If the GM knows how you think about your character musically then they can better tailor the campaign to give you more opportunities to grow and show off. The same applies to your fellow players. I did not fully “get” my wife’s Numenera character – Calliene, a Girl who Talks to Machines – until I listened to her playlist open with “I Am Not a Robot” (by Marina), and finish with Portal 2’s “Robots Ftw.” Sharing your playlist with your fellow players gives them clues about how you want your character seen. It may even inspire them to create their own playlists, riffing off yours!

That said, there’s nothing wrong with pairing your character with music you already love. Even music you are very familiar with can be re-invented through the prism of your character. For example, while listening to a Nightwish concert I genuinely thought that when the band started singing “Dark Chest of Wonders” they were singing about our Big Eyes Small Mouth campaign – The Kids Are Alright!

Lastly, a character-specific playlist is a great way to show your GM that you are invested in the campaign. Maybe you can’t draw (guilty), so making art isn’t a great option. Maybe you bounced off journaling (also guilty), either because it wasn’t fun for you, or took up too much time.

A playlist by contrast (even just an initial “draft”) can be thrown together quickly and painlessly. With the smallest of efforts, you can impress the heck out of your GM! An impressed GM is a GM invested in your character’s growth and story.

Doing The Work For You

So you’re ready to make a playlist for your character. Fortunately, there are lots of places to start. You may already have a set of songs in your head to form the playlist’s core. Or you may know whether you want your playlist to be more along the lines of background music to accompany your character, or a narrative documenting your character’s heroic deeds, or maybe some combination. 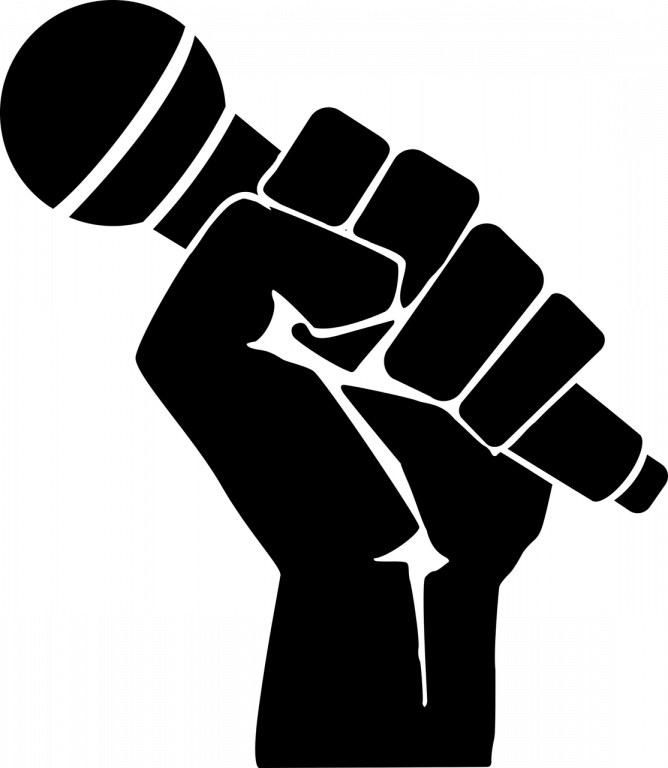 Lots of music platforms make creating a playlist simpler than ever. Perhaps the easiest place to start is by typing in a mood (e.g., haunted) or even a word (e.g., sword), and see what comes up as recommendations in your music player of choice (be it Pandora, iTunes, etc.). Personally, I use Spotify. If I have even a single song for a character playlist, I can use the “Song Radio” or “Playlist Radio” feature to discover an ever-expanding list of music Spotify thinks relates to my starting song. Spotify isn’t always right, of course. Sometimes, that’s part of the fun (stop recommending “Katrinah Josephina” Spotify, the song isn’t for this playlist!). In this way, it’s rare that I don’t find a new track or two to add to a playlist. Every new song added in turn generates a new list of recommendations, and off you go!

Even if you don’t have that single song to get you started, there are options to explore. For starters, there’s probably an existing playlist that mirrors some aspect of your character’s “feel.” You could also visit forums for inspiration. If you are looking for an “in” into a genre of music you are not familiar with, the Internet has no shortage of people eager to give you their opinion of what is the “best” introduction. Lastly, ask your community – your GM, fellow players, and friends. Even if you end up not going with their suggestions, the ideas they provide communicate loads about how they already think about your character – and whether you want to reinforce or reverse those sentiments.

My own methodology is to maximize the fun and leave the more difficult decisions for later (if at all). If I hear a song come on that I think might fit the character and the playlist, I just add it. I don’t think too much about it – doing so would be hard, and I hate hard decisions. Usually, my playlists get pretty bloated. That’s why eventually I rename them to be a “rough” draft of the final playlist. This little cheat removes any pressure I might have from deciding whether or not to add or delete a song. Once I reach critical mass, I curate a more limited playlist that is the “official” version (though I may keep the “rough” playlist tucked away because I just like the music so much). Having a “final” version helps me put a period behind a task, and move on.

That’s at least how I go about creating a playlist. You don’t have to be so rigid! Go with what feels right, and most importantly, fun.

Once you have a playlist, share it! Spotify, for example, lets you send a link that takes listeners directly to your playlist. You can also make your playlist public so it comes up in others’ searches. That way, others searching for “Mechromancer Playlist” can be impressed by your selections. You may even inspire a few folks to make their own playlists!

In the end…does it even matter? (yes!)

However you choose to go about creating a playlist, structuring it, or finding inspiration to add to it, hopefully this article has provided you a variety of ways to enhance your player experience. If you take away nothing else from this article, I hope you’ll give creating a character playlist a try. If you have tried it, post your experiences in the comments below, along with any helpful tips this article may have missed!

In the meantime, if you would like to explore some of the artists I have found particularly inspiring for multiple character playlists, consider checking out the following (but please return the favor and include your favorites for me to find in the comments below): Ashley Barrett, Blind Guardian, Darren Korb, DragonForce, Eurielle, Freya Catherine, Mary E. McGlynn, The Megas, Miracle of Sound, Nightwish, Sapphire, The Servant, and Unwoman. 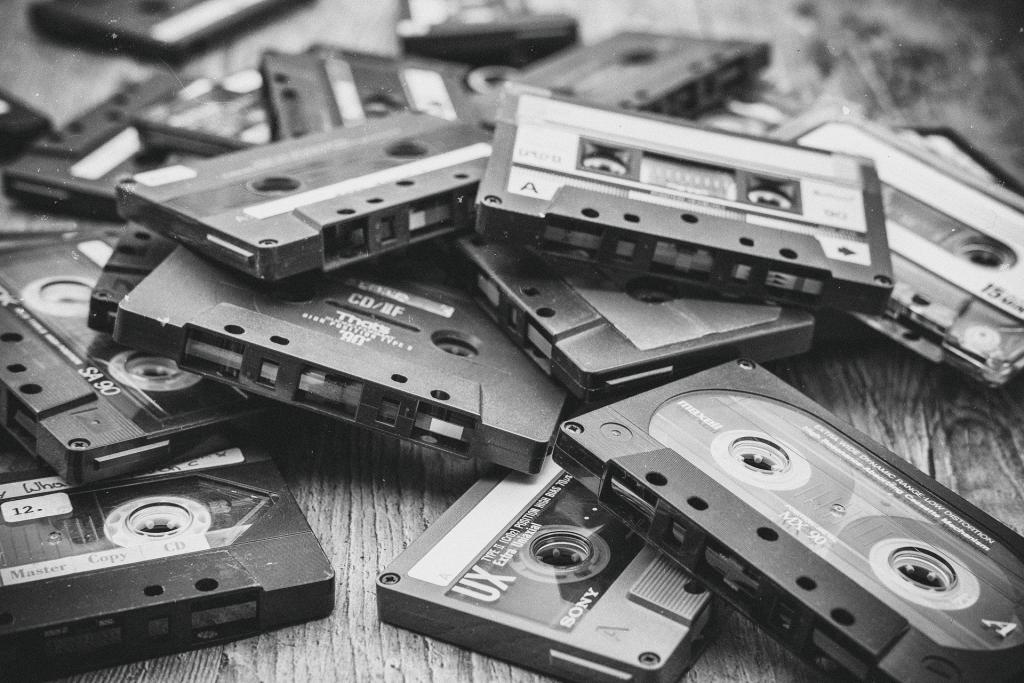 Heinrich D. Moore is the pen name of an aspiring Call of Cthulhu author residing with his wife in the Washington, D.C. metropolitan area, together with their three cats and dog, Finnegan. He finds his existence in the nation's capital suitably terrifying.