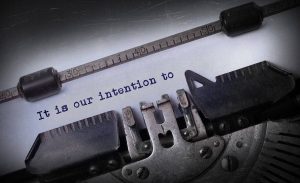 This means the players will be throwing curve balls to the GM with a fairly high level of consistency. They’ll go left when the GM planned a right-hand turn. They’ll head off to the orc mountains when the GM expected a trek to the goblin hills. At a smaller level, a player may pull a trick out of her bag during combat that will surprise the GM and put him on his heels.

These unexpected activities can’t be planned for, but they need to be understood by the GM in order to make maximum effect of them on the game. This can be an alteration to the story, or just a change in strategy for the NPCs and monsters. It’s relatively easy to know what the players are doing. Understanding why they are doing it leads to a greater depth of knowledge about what the players are expecting as an outcome of their actions.

In my current Pathfinder campaign, I placed a set of goals across the nation of Brevoy. The PCs were to gather friendly forces from across the nation to assist them in reclaiming the capital city from an undead scourge. I mostly expected them to gather the largest force first, even though it was a great distance away. Instead, they shot for the nearest band of rangers and druids in hopes of gathering them to the army they had to build. This really surprised me.

Â Once my understanding was more clear, I was able to better tailor the upcoming encounters…Â
After the decision was made, I had to break the fourth wall and ask, “Why are you headed to one of the weakest forces? What do you hope to gain? Help me better understand why you’re doing what you’re doing.” I didn’t challenge their decision or attempt to change their minds. When the response came back that they were the closest force available, and the group hoped to recruit assistance in spreading the word about the undead horde in the capital city, I got it.

Once my understanding was more clear, I was able to better tailor the upcoming encounters, NPCs, and activities at hand. Rather than going into the situation blindly, I was able to better allow them to reach their stated goals after some appropriate challenges were overcome. Because I knew their motivations, the story we told together was stronger and more engaging than had I just stayed silent and guessed at what they were trying to do.

These types of decisions usually come up in combat, but can also apply when a player wants some oddball piece of equipment for her character. This can also occur when dungeon delving and a choice about which direction to explore has to be made.

In combat, whenÂ a PC wants to take an “off the books” action but they don’t explain what they want the outcome to be, it’s time to stop and ask. Many moons ago, I had a group fighting a demon, and the rogue pulled out a flask of oil and threw it in the demon’s face. I assumed the next thing to follow would be a lit torch. Nope. He pulled a small bag of flour from his pack and threw it at the oil. I had no clue what the rogue hoped to have happen, so I didn’t know what ruling to apply to the situation. When the player explained that he was trying to make a thick paste to blind the demon, I then understood what his intent was. That allowed me to then give the demon a saving throw roll against the paste blinding him. As it turns out, the demon failed the roll and the group managed to escape.

For the weird bits of equipment or magic items, know what the player intends her character to use the item for. This Q&A conversation can lead to a fun bit of brainstorming to make the item come out exactly as the player had envisioned it. This prevents the bad kind of conflict later in the campaign when the player pulls out the gizmo and uses it, only to find out the GM had a different intent for the use of the item.

While I’ve advised GMs to ask questions to gather more information, this is actually the exception, not the rule. A vast majority of the time, the players’ actions are crystal clear on what they want the outcome to be. Experienced players know when they’re doing something strange and will offer up a quick bit of reasoning behind the actions. Don’t interrogate the players on each of their decisions. This will lead to doubt, mistrust, and analysis paralysis among the group. If you find yourself mentally asking, “Why are they doing that?” then it’s probably time to ask a few questions of the player. I’ve found that after doing this a few times, the players tend to learn to explain when they’re doing something not quite covered in the rules of the book.

What are some of the things your players have done to throw you for a loop? How did you handle it?