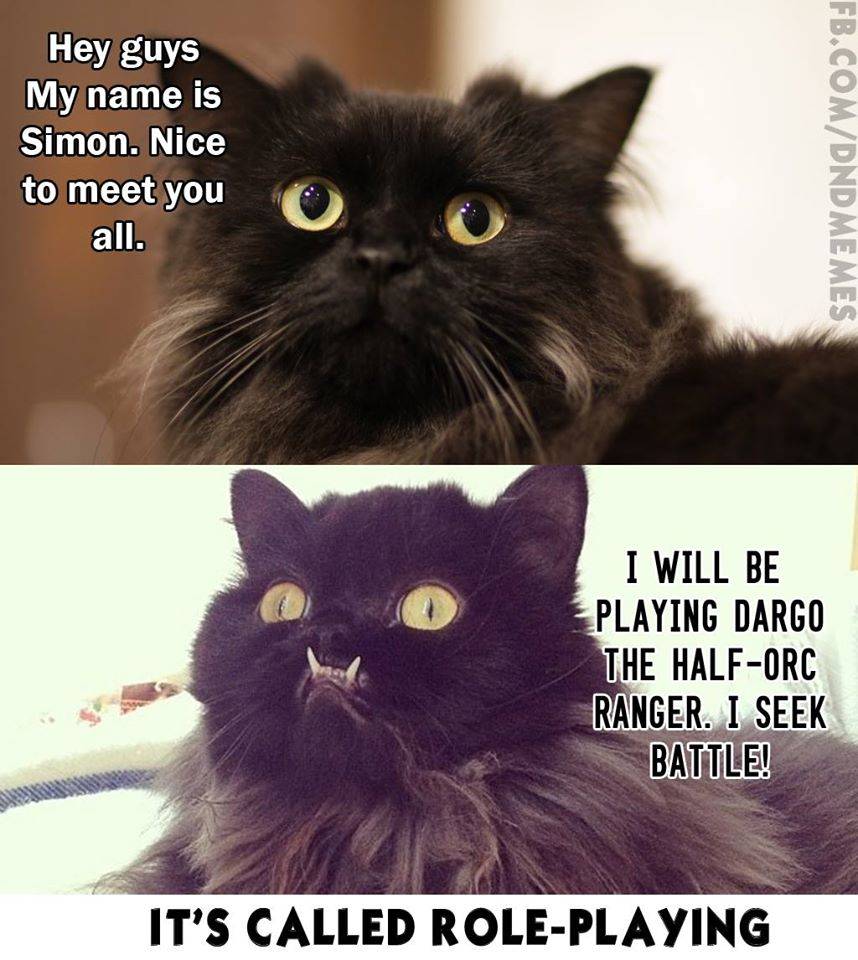 Part of my life is dedicated to writing novels (first one out next year!), and in many of the classes I’ve attended and books I’ve read, there is mention of “character agency.” To expand on these two words, the concept basically means that the character’s actions should drive the story forward as opposed to having them react or respond to things happening to them. The character should happen to the world, not the other way around. Yes, there is a balance in there because sometimes a character needs an outside catalyst to force them to move in a certain direction, but this should be a rarity.

When I look at the concept of character agency and apply it to role playing games, I think about it as two separate parts. That’s because a PC consists of the player and the character. While they are distinct and separate, one would not exist within the game without the other. I’ve never seen a character leap wholly forged into a game without a player present. Likewise, players need characters to play the game. If they don’t have a character, then they are spectators. Breaking the PC into the player and the character, I feel both of these parts need agency. In other words, they need to make choices that drive the player deeper into the game, and the character forward in the collaborative tale being told.

Â The character should happen to the world, not the other way around.Â

Player agency boils down to allowing the player to make choices and decisions. They should feel mostly in control of what is going on with their character. If a die roll doesn’t have to be secret and involves a player, allow them to roll the dice. Yeah, it’s a fair (hopefully) random number generator, but for some reason gamers feel like they can “control” the dice if they haphazardly fall from their own hands instead another person’s.

Outside dice rolls, involve the players in building the world. Yeah, the bulk of this tends to fall on the GM’s shoulders, but if the players can create small bits here and there, they will become more invested in the world, and therefore the game itself. Savage Worlds has a great interlude “system” for filling character downtime in which the player tells a small tale about their character’s past. If you can encourage the players to wrap a bit of the world into the interlude, this will go a long way toward increasing player agency.

Character agency feels, to me, to be a little more easy to manage and handle since they’re the ones right in the thick of things. Characters lose HP, gain abilities, encounter NPCs and creatures, and roam the world. Encouraging your players to come to the table with a brief, but potent, backstory for their characters will go a long way to assist you in delivering a narrative and world that incorporates the characters. Instead of having the characters simply murder-hobo their way through dungeons and city ruins, it’s key to drop details that are interesting to the characters.

In one game I played in, I ran a wizard/cleric who was more of an archaeologist than an actual adventurer. When we’d encounter tombs, ruins, or pieces of lost civilization, the GM made sure to drop hints at what the people were like that used to utilize the area. The party became accustomed to me wandering away (or falling behind) in order to capture a charcoal rubbing of some inscription. When the monsters of the area would pop up, I’d get aggravated that they interrupted my research.

Another approach is to have the plot, not just the setting, directly involve the characters’ backgrounds. Don’t just have a Big Bad driving the players forward. Pull the Big Bad from a character history or have the organization the Big Bad is head of do something to a character or their family. This gives the characters a personal investment in taking down the main enemy.

If backstories are in short supply or simply non-existent, then I fall back on the Savage Worlds interlude approach, even if I’m not playing Savage Worlds. By having a player tell the rest of the group a small something about their character, I can usually glean a small bit of information and mine it for gold. Something else to try is to not wait for the game to actually start before doing a single interlude. Try going around the table and getting people to tell a bit about their backstory during session zero (which is what I call the session when characters are created and the group gets together for the first time.) Pay attention. Take notes. There will certainly be something in there usable for providing the characters some agency in the story that is being told around the table.

Once you get some player and character motivations established for everyone around the table, it’s really easy to merge the two sides of the PC back together and provide agency for the imaginary people in the game and the real people sitting at the table. Establishing the foundation of information is the hard part. Don’t be daunted by this initial step because the payoff is wonderful in the end. You’ll end up with happier players, more interesting characters, a deeper game, and a more robust story.