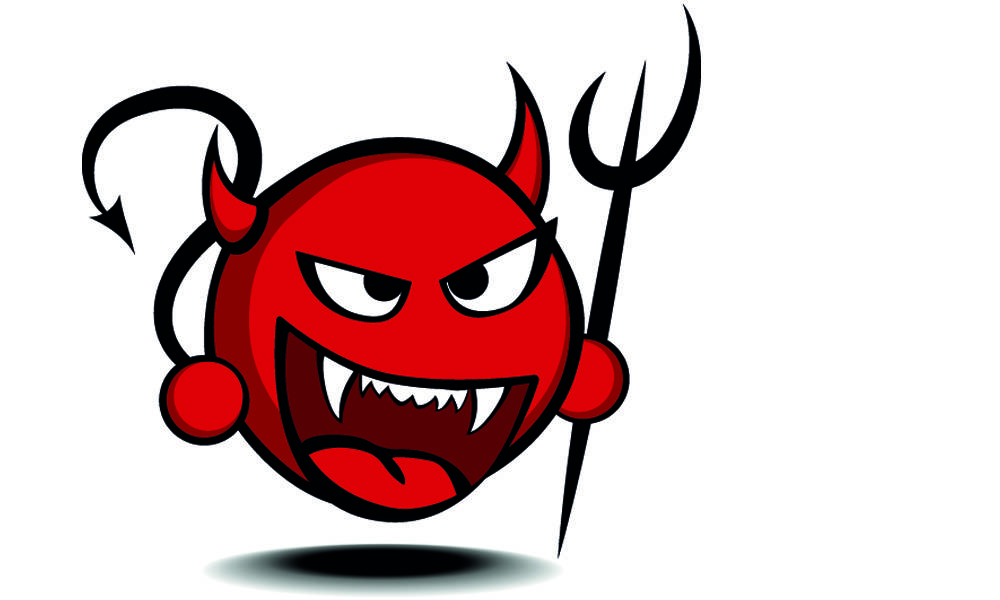 It was played over the top and cartoony . . .Â

We all develop outlooks and philosophies that guide us through life, explaining how the world is supposed to work. This can feed into how we interact with a game world in an RPG, even when we’re playing characters vastly different from ourselves. So what happens when we run into a scenario where the GM and the player are on completely different pages about how the world works?

To clarify a little further, let me give you this example. A friend recently ran a one shot that was essentially Survivor in Hell. The premise of the game was that Satan plucked the PCs from Purgatory to offer them a chance to win their soul back. It was a fun game and concept, but I had to keep taking a step back from my personal outlook and beliefs on the nature of heaven and hell. Otherwise, I would have ended up spending the entire game arguing against the very precepts the game was built on.

Of the twelve PCs available to be played, pretty much all of them had been tricked into selling their souls: a phone number and name exchanged on a cocktail napkin, an NDA for an experimental medical procedure, a receipt for a case of beer, a EULA for a dating website, etc. On top of that, most of the PCs didn’t actually get to experience the benefit of the sale of their soul either. There was some other Devilish trickery throughout the contest, but I won’t go into that because it’s a game that might get run again and I don’t want to spoil it for anyone.

Either way, my personal beliefs pretty much reject the concept of Heaven and Hell. I’m not particularly religious, but the idea of absolutes like that always rubbed me the wrong way. That’s not how the world works, so why would the ‘end’ be so cut and dry? If I had designed the scenario, there probably would have been a little more give in the absolute nature of Satan’s deal with each contestant. I wasn’t running the game, though, so I had to work within the constraints the GM put forth, even if it went against how I think the world should work.

Not every disconnect between a GM and player worldview is going to be quite so religiously philosophical. Sometimes it’s just a matter of the player thinking, “This should totally work and solve the problem,” and the GM deciding that it doesn’t stand a chance of working.

Recently, I had the chance to try my hand at running a Tales from the Loop one-shot. For those who haven’t seen it, Tales is a game of playing kids in the ‘80’s that never were’. The game aims for a very specific feel, so they provide a very clear set of principles for running and playing the game. I made sure to clearly state these for my players at the beginning of the game:

Take special note of number three. One of the players either forgot this or didn’t take it to heart. As the kids discovered who was behind the bad things that were happening, his solution to make the problem go away was to call his mom, a scientist at the Loop, and have her tell security. This player happened to be a fairly dominant player, so his declaration that this would solve the problem made the other players back down on doing anything else.

Knowing this wasn’t how the game worked, I mentioned the principles again to remind them of how the game world is supposed to work. Using real-world logic instead of game logic, he continued to argue that his solution would work regardless of what I was saying. Eventually this devolved into a minor argument where I finally had to bluntly state, “Your solution will not work because of the nature of the game and if you kids do not act further on this information, <NPCs in the game> will end up dead.”

Now, many GMs would have probably just gone ahead with the player’s plan and let them discover the error of their ways the hard way, letting the NPCs die from the players’ inaction. Part of me wonders if I should have done that, but one of the other players was already emotionally invested in one of those NPCs and other aspects of the game, so the death of those characters could have crossed an emotional line she wasn’t prepared for. While it was in keeping with what the dominant player was demanding, I wasn’t willing to potentially hurt another player simply to teach him a lesson in the way the game’s world is supposed to work.

So, what do you do when there’s a disconnect between what the player and GM think should happen?

For the player, remember that the GM is the final arbiter of what happens in the game. It can be really frustrating when what you’re expecting to happen is veering off in a direction you don’t think is reasonable, but the GM is doing a lot of the heavy lifting in this game. You can definitely try and explain what you were expecting to happen, but don’t let it devolve into an argument that’s going to derail the game. Sometimes it’s necessary to take a deep breath and take a step back from your own point of view. Relax and try and enjoy the rest of the game. Ultimately, if the disconnect is too great, find a different GM to game with. Or, take a turn running a game yourself so you can see how it works from their perspective.

For the GM, having a player on a completely different page from you can be really frustrating, but that is part of the job of being a GM. When you come face to face with one of these disconnects and a player is obviously expecting something different to happen than what you’re narrating, take a moment and try and figure out what the player expected or what they intended with their action. Some players will take elaborate effort to describe an action and be confused when the result is obviously not what they wanted. Taking the time to parse what they intend can help bridge this gap.

These types of little disconnects happen all the time in tiny ways, but we gamers navigate through them easily. When they’re big, though, it can take a little bit of communication and compromise to keep the game moving forward.

Have you ever run into a clash of world views in one of your games? I’d be interested to hear how it worked out.