Nine Words That Improve Your Game – What Do You Want To Get Out Of This? 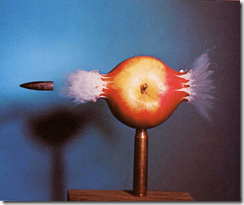 Every Game Master has been in the situation where a player starts pursuing some course of action that you just can’t divine the purpose off. They attempt a long complicated string of skill rolls, roleplaying interactions, and other hare brained interactions to get to … well, you never quite know until the very end. Maybe they just wanted that extra +2 bonus, or to get a better price for the loot they were selling, or to get the security schematics for the place they are attempting to break into. Whatever it is, the game goes through a whole lot of muck to try to get one simple thing happening.

I’ve long been a proponent of right out asking the players what they are trying to accomplish in situations like these. When they get into that interaction, or they start down some scheme of using the shape changer’s abilities to make a pretend buyer for the loot they just liberated — ask them straight out: “What do you want to get out of this?”. Asking it straight out cuts through a lot of the mess of players thinking one thing and the Game Master thinking another. It takes the game away from the table and into the Meta for a minute, but it lets you make quick work of otherwise confusing situations. Once you know that the player is looking for a minor benefit, you can have them make a simple roll and short form the rest or let them describe how their plan goes down. If what they are trying to get out of the interaction is much bigger, then you know how to pursue it and what rolls to ask for or make on behalf of the NPCs.

The idea isn’t new. In fact, it’s almost inherent to most gaming in some way or other. Many of the interactions between player, Game Master, and the game are determining what each party is looking for in the situation. But it rarely gets thought of in so direct a term or gets stated so bluntly, yet there are many times when zooming out from the game, looking at player intent, and then zooming back in can make things so much better. A little direction goes a long way.

However, at a convention I was at a few weekends ago, I heard the Game Master for a game I was in ask as: “What do you want to get out of this?”, and it struck me as one of the best questions to ask to divine player intent. It gets at the heart of what a player is looking for and gets past most obfuscation a player might try to throw into their answer. There is a thought, as a player, that if you right out tell the Game Master your plans, they’ll figure out ways to get around them. Some people run games like that, but if you ask what the player wants to get out of the situation, they don’t have to reveal anything about the way they are going about it. If “I want to get the duke on our side.” is the player’s answer, then they can still pursue the actions by telling him lies, by bribing him, by trying to leverage their status, by using their speaking skills to show their plight, etc. If you need to clarify, you can ask them more questions about how they intend to get that effect, or you can just let it go and know a little bit more about what you are working with.

So remember, if you are stuck in a situation that seems to be dragging in the quagmire, just ask: “What do you want to get out of this?” and cut through it. Have you used techniques like this before or do you believe in preserving the meta at all costs?

7 Responses to Nine Words That Improve Your Game – What Do You Want To Get Out Of This?