Name Your Campaigns and Adventures 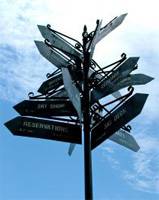 A few observations on naming campaigns and scenarios, from both sides of the screen:

• Neither individual adventures nor entire campaigns need names, but it sure is cool when they have them.

• Campaign names are a useful shorthand, and one that helps evoke the tone of the game. “Sara’s campaign,” “Our GURPS game” and “You know, that campaign with the elves” are a lot less useful than “The Demonhaunt campaign,” “The Outsiders game” and “Elfland.”

• Naming your campaigns also prevents what I think of as the “Little Kitty Problem.” Back when we were kids, my best friend’s family got a new kitten, and they called her Little Kitty as a placeholder until they could think of a suitable name. Guess what Little Kitty’s name wound up being? (And naturally, she was huge.)

• Adventure names are not only fun, they can be useful: assuming you announce them, and refer to them later, they can help your players remember what’s happened so far in your game. They’re also enjoyable as teasers, as in my group’s just-completed Stargate game, where Don would give us the episode names at the start of each “season.”

• Giving each scenario you create a name will change the way you think about the structure of your campaign — and make it seem more official. Instead of just gaming, your playing “Vengeance from Below,” in the Ark of the Ages campaign.

Do you name your adventures, campaigns or both? Does your group enjoy your naming practices?

29 Responses to Name Your Campaigns and Adventures