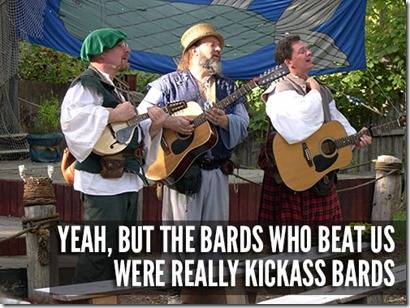 This works really well for the games I run and enables me to do much more with my players. I’m not saying I will cap all my games at 3 people, but if I’m looking at a group of 5 or 6 people for a game, I think I’d rather split it into 2 different groups and run two different games.

I realize that this fits my play style and I also understand that my style isn’t for everyone. So I’d love to hear what you consider the perfect party composition to run for? How many players are too many or too few?Â  What games do you run and how do the power levels play out in the game: overpowered, underpowered, or just right?