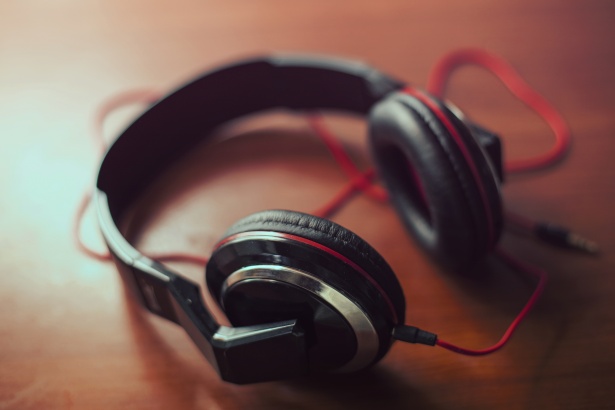 I believe anyone would agree that the right kind of music can improve any given situation. However I find that it’s done too similarly to video games; scenes and situations are given one song to codify them. That sort is often insufficient and distracting in tabletops as is, but scenes are typically measured in hours, not minutes. With this article, I’d like to introduce to you how I make playlists based on moods, and how a bit of effort can go the distance, and last you an eternity.

Most gamemasters I’m aware of in the modern age produce playlists of two sorts: they either have lists of ambient noises(such as taverns and fields), or they have a single song tied to each situation.

Ambient noises are interesting in that they are included in order to improve immersion. This can work for gentle and immersive scenes, but, however, I find that all it does is fill up background noise in a manner that does not capitalize on the ability to ascribe emotional meaning to a situation.

On the other hand, having a single song can add emotional quality to a situation. This is common to the experiences of gamers used to Original Sound Tracks (OSTs). However, it doesn’t translate incredibly well to the timespan of tabletops. A scene in-game that lasts only a few minutes is easily half an hour to an hour or more in a tabletop. Those emotional 3-minute songs end up being replayed 10, 20, 30 times before the scene shifts.

Which gets dull really, really quickly.

I prepare playlists based on one simple idea: Moods.

In essence, it’s about trying to capture the right overarching feeling and emotion of the scene. The exact song doesn’t matter as much as the general tone of the unfolding events. It sacrifices a bit of that ‘perfect song for the perfect moment’ for a bit of overall ease and less fiddling with your music bars. The GM does so much already so you should be trying to reduce the amount of work you’re doing whenever you can!

You don’t have to do the moods I have here; rather, you choose the sort of moods you want in your own game. Personally, I tend to populate these moodlists with video game or anime OSTs. Specifically, the instrumental songs lacking vocals. Often at the table, there are already 6+ people clamoring to talk over one another–why add another?

When I fill my moodlists I can often find a single song fitting several moods. For example, the amount of times I have “Forest” and “Peaceful” songs overlap is rather high. In these cases, I tend to lean on only having it in one of the moodlists, but will place it in multiple if the situation calls for it.

When I play these, I put them completely on random, allowing the songs to cycle through the plethora of songs available. In order to get a good variety of songs, I tend to have a minimum of 10 songs per moodlist, but my “Cutscene” and “Peaceful” ones have nearly 30 apiece.

The main major downside behind this is that it takes quite a bit of time to generate these lists. You need to listen to a large amount of music and effectively sort it into your games. Plus, if you want your different campaigns to have certain tones, you’re going to have to generate several full-on campaign-specific playlists. This can eat up a lot of time sorting music, a lot of money buying OSTs, and a lot of space on your mp3 players. Honestly, I have a 16gb tablet I mostly only use to store music and browse the internet.

On the upside, however, with a bit of time and effort, these moodlists can last you far more in the long run. The main one I use for fantasy has lasted me 2-years so far and I haven’t found a pressing need to improve on it aside from the incidental updates. With less fiddling with music, you can even delegate one of your players to change the music! Just tell them to change to “City, Lively” and be on your way! Plus, every once in a while you get a situation where the mood epically changes to a critical hit.

And trust me: for your players that’ll feel really really good.