Over the years, I’ve met lots of GMs who’ve created and lovingly detailed their own campaign settings, most often for D&D. These settings are usually extensively developed, complete with maps, country write-ups, elaborate histories — the whole nine yards.

But as much as enjoy writing setting material, I’ve never actually done this myself. I’ve dabbled — drawn detailed maps for fantasy worlds, written chunks of material for specific cities, etc. But I’ve never had what I consider to be one of the quintessential GMing experiences: creating a rich homebrewed campaign setting of my own, and elaborating on it — running games in it, writing new material for it — in little bits over many years.

Maybe that comes down partly to personality — something in my wiring that keeps me jumping from game to game, and expanding on published setting material more often than I write my own from scratch. But I don’t think so — I think it’s because it’s always sounded like fun, but also seemed like a good way to do a lot of prep work on stuff that might never see any use at the gaming table. 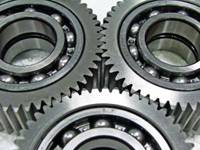 I’m a big believer that with limited time available for game prep, you should focus your limited time on prepping game material that’s very likely to get used. (See Start Small for more on this philosophy.) And an idea hit me the other day that grew into the topic of this article: Why not create setting material with a modular approach?

The product of this approach is a modular campaign setting — a system-agnostic, genre-specific game world created in discrete, reusable pieces.

Let’s break down the three components of a modular campaign setting:

Sound good? Then let’s kick the tires and see how this might actually work in practice.

To create a modular campaign setting, you pick a genre, leave out everything mechanical, and focus on creating it piece-by-piece. You start with whatever grabs you — let’s say for a fantasy setting, that happens to be a major city that’s located partially underwater.

You develop as much of that city as you can (taking notes on other aspects of your budding setting as inspiration strikes, but not straying from your core task — developing the city), from maps to NPCs to neighborhoods and cultural traits. The goal is to create a city that can stand more or less on its own, but that has some ties to the larger setting, as well.

After giving this city a fairly comprehensive treatment, you move on to whatever part of the setting grabs you next — but you have the city in your back pocket now, ready to use at any time, for any game system you like.

And whatever portion of your world you develop next is approached in the same way, with the same goal: creating a discrete chunk of setting material that you can connect to other elements of the setting, but that can also be dropped into another setting, easily reused in another game, or moved around as needed.

Then when you sit down to run a game in that setting — whether it’s weeks, months, or years after you started developing it — you just pull together several pieces of setting material that you’ve created, add in game mechanics where required, and start the game. As your campaign progresses, you can pull in additional material — juggling it in whatever way best suits the game at hand.

If your players throw you a curveball and bypass that underwater city you created, no worries: Because you designed it to be modular, you can use it again in another game — that prep time wasn’t wasted. You can also plop that city anywhere you like with relatively little lead time, putting it in whatever coastal location makes the most sense as your campaign unfolds.

If you return to this world in your spare time, creating more modular components over the years, you’ll wind up with an enormous amount of highly usable setting material. And that material can be mixed and matched, dropped into other settings, and even developed into a published campaign setting of your own.

By combining different elements of your modular campaign setting, you can create the world you need for the specific campaign you’re planning. You’ll need to fill in the corners, change a few things, and flesh some stuff about — but if you do that in a similarly modular way, you’ll have more reusable pieces available for future games.

Have you used a modular approach like this one when creating your own campaign settings? Do you have a setting bible for a world you’ve been building since you were a little kid? Do you hate the idea of systematizing the creative process of setting creation in this way?