Modelling Sickness In A Tabletop RPG 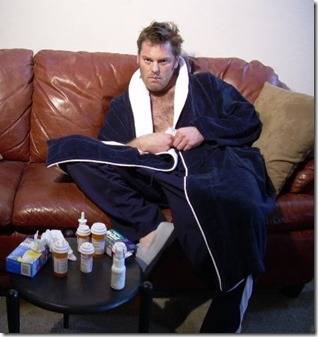 If you would like a printable version of this post for quick reference, I organized it into a PDF which you can find here.

I have recently become intimately aware of the extreme effects of having sickness ravage my body. It is the same kind of awareness I gain after most conventions I go to, or when travelling by airplane. Anytime I’m exposed to masses of people and am putting even just a moderate amount of energy into travelling or socializing/working, that con-crud, nasty flu of the week that’s been going around, or common cold seems to edge in past my defenses and start trying to knock me down. Sometimes, I get a little bleggh for a couple of hours and my body prevails. Sometimes though, my body loses and I end up confined to my bed barely able to move, aching and moaning like my life is about to end. This was my experience for the last week and is the effect sickness has in my normal, modern, cushy, comfortable, and clean lifestyle. Can you imagine if I were an adventurer in a game facing constant stress, combat, and not having time to rest and recover?

Sickness in most games is something we rarely look at, mostly because it isn’t easy to accurately reflect the process in the mechanics (and because it is pretty gross to roleplay). However, it can have some fun effects on a game if done correctly. Thinking on my recent sickness, I’ve tried to model a system that can help you simulate the common effects of sickness for any game system.

Any sickness or disease starts with infection or an event that creates it. There are many ways that a character could get infected with a disease.

When a character is exposed to an infection event that you feel might be likely to pass the infection on:

Length of Infection and Getting Over It

The character has been infected with the disease and is showing symptoms. Now you get to determine how long this will last. If you have a disease in mind (like the common cold), then you can look up real world information to see how long they usually last. Most diseases last 2 to 4 days, depending on their strength and the person fighting them off. Decide how long each phase of the disease is going to last and enter the information into the following chart. Use 1/2 day, 1 day, and 2 days for the length. At the end of each day, the character makes an appropriate toughness roll to see if they move on to the next phase of the disease, go back to a previous phase, or defeat the disease completely. If they don’t succeed, move on after the appropriate time.

Ok. This is the fun part. Once the character has gotten into the second phase of the sickness and is now actively fighting it off, then the symptoms start hampering them.Â  I’ve made 3 charts for basic styles of gameplay and I’ve made symptom penalties at mild, moderate, and severe levels. This should provide enough flexibility to model the disease in your system. You can use these as you like. Here are some notes/options/suggestions.

Games with Different Dice For Each Roll (Savage Worlds, Cortex)

You’veÂ got a sickness mapped out in number of days and rolls to get over it.Â You’veÂ cackled maniacally as you set up symptoms to watch your players deal with them. Now lets talk about making playing out a sickness fun. Being sick is absolutely no fun, but playing it outÂ shouldn’tÂ be the torture of the real deal. How can that occur when you are leveraging penalties on the players? Well, the answer is simple — make sure itÂ doesn’tÂ sting too much (unless that is the intent) and make sure there is some reward to counterbalance the penalties you are leveraging. 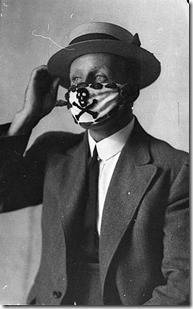 I tried to make this system something that modeled the actual symptoms of sickness and getting over it, not the sort of thing that penalized attributes at their source or was a list of very rare diseases. I also tried to make it work in the system you are playing in right now by providing multiple options. Sickness in the real world is something that knocks you out but good, but then you get over it. This I know from my personal experiences of the last week or so. Imagine that applied to people leading much higher stress lives.

This system is the sort of thing that should be used sparingly, but it can make a disease in a game feel relevant and challenging like it feels in real life. I hope it might be of use to you in an upcoming game, and I’d love to hear your thoughts. Do you have a favorite disease system in a game? What works well about it? Have you ever used anything like this as a game master or do you justÂ hand waveÂ over sickness?

15 Responses to Modelling Sickness In A Tabletop RPG