Male, Female, and Everything In-between

When we’re first introduced to gaming, we’re told we can play any character we want and our imagination (and the system) is the only limit. Your character can be anyone you want them to be! Do you want to be a brawny fighter despite struggling to carry a 40lb bag of kitty litter from the car to the house in real life? Go for it! Do you want to be a brilliant scientist despite flunking chemistry back in high school? Absolutely! Do you want to be a graceful elf despite obviously being a chubby, slightly clumsy human most of the time? Sure! Wait, you want to play a girl when you’re actually a guy? Whoa, dude, that’s just weird.* 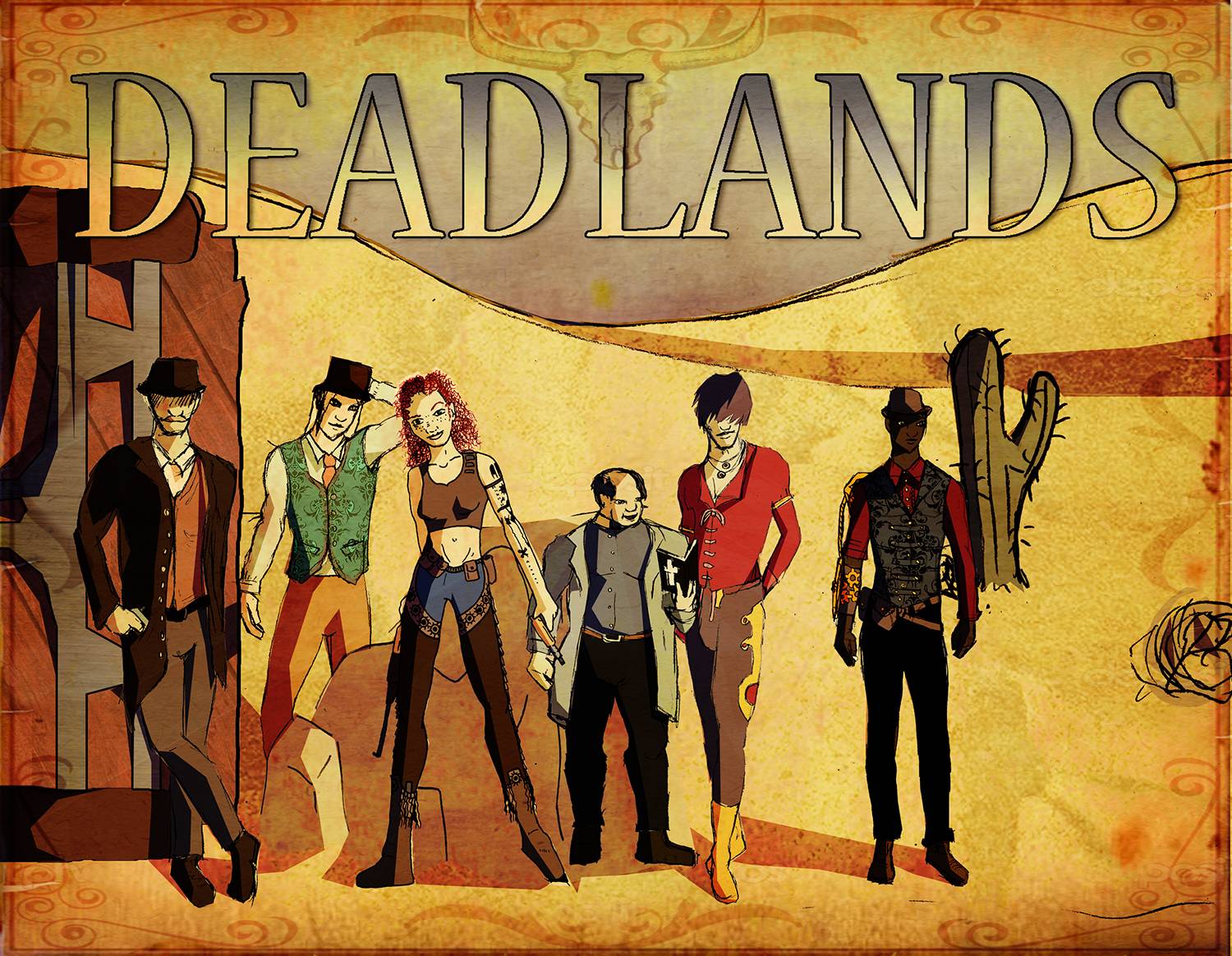 Guess which characters were played by women. (Drawn by Chris Mann, one of the players from the game. Used with permission.)

Despite the freedoms we’re given to create any character we can imagine, it used to cause great consternation for a player to choose a character with a different set of genitalia than they themselves had. I knew of GMs who actually had rules for character creation stipulating a player must play a character of the same gender. No guys playing girls and, if by some miracle the group had a female player, she wasn’t allowed to play a guy. Things have definitely gotten better in this day and age, but I still occasionally see people raising an eyebrow at players who gender swap their characters from who they are in real life.

Wizards of the Coast has recently released a free-to-download rule set for D&D Basic that included a blurb on gender and sexual identity in the character creation section, and has been called both ground breaking and ‘about damn time’. Not only does the blurb clearly state that players are free to play a male or a female character, it also encourages players to think beyond binary definitions of gender. One example given is of a major Elven god that is considered androgynous or even hermaphroditic. Whether you think this is revolutionary, too little too late, or just plain weird, it opens up an interesting conversation about character gender vs. player gender.

Slightly over twenty years ago, I was in a Shadowrun game at a local convention. As was typical back then (and is unfortunately still too common even today — but that’s a different article) all of the pre-gen characters were male. While I prefer to play female characters, I’m a gamer first so the lack of lady PCs isn’t a deal breaker. If it were, I’d have had a lot fewer games to play at conventions. Even though I made sure to introduce my combat mage as male and describe him as a dude during the early stages of the game, the players and GM kept referring to my character as ‘she’. By the climax of the game, ‘he’ had steadily morphed into ‘she’ and my character shape shifting into a killer whale to save the day was overshadowed by the shredding of her clothes once she was back on the escape ship. Yeah, there was a large degree of adolescent humor, but what do you expect from college students in the early 90’s?

It’s a trope common enough in gaming that even ‘The Gamers: Dorkness Rising’ made fun of the issue. Gary, one of the players in the movie’s game, made a ridiculously sexy female mage named Luster. Whenever Gary remembers he is playing a female character, Luster is played by a female actress, but every time he forgets the character is a lady, Luster would be played by Gary’s actor in a blond wig. Keeping In-Character and Out-of-Character straight can be hilariously and surprisingly difficult at times, but it seems especially problematic when it comes to the sex of gender swapped characters. 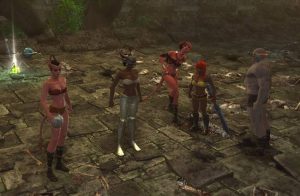 Guess which characters are played by guys. It was definitely more than one. (Naked runs bring you luck.)

Online, the gender swapping is a bit more prevalent, but it’s also a bit more invisible. Unless you’re talking to people through TeamSpeak, Ventrillo, or some other game chat option, there’s no telling who the person is behind the toon. Since I’ve gotten back into playing an MMO with Neverwinter, I’ve had many conversations with my guildmates about the reasons people choose the toons they play. The most common response from straight guys is that playing a female toon provides a ‘better view’ of the game. It’s not the only reason, but it is probably the most typically ‘dude’ one I’ve heard. For some players it’s just about the story and it ended up thatÂ the story they wanted to tell with that character happened to need a female protagonist.

As GMs, we don’t have the luxury of sticking with one gender for the characters we play throughout any given game. We have to handle all the NPCs, young or old, elf or orc, male or female and everything in-between. Other than the occasional giggle at a GM having to play out a romantic NPC of a differing gender or orientation, no one thinks twice about GMs handling NPCs of all flavors. So why do some people still get a bit weirded out by players gender swapping their characters? And as a GM, isn’t our job to help remember who the character is regardless of who the player is?

I learned this lesson pretty early on with my current group. I’ve been playing with them for close to ten years and they taught me to see the character separate from the player to give them the best game I can. Among them, I have a straight female player that likes to play young, handsome, and dumb guys that are good at hitting things. Her husband tends to play straight male characters that are almost always roguishly flirty. One bisexual guy likes playing female characters, but his strictly gay fiancÃ© tends to play almost asexual male characters. Another player is a bisexual who plays whatever character fits the story that inspires her imagination, male, female, straight, gay or not. Her husband also plays a mix of characters, but has also dressed up in drag to play female characters in LARPs.

Once you set aside who the player is and focus on the character, you can help bring the game to life in ways that’ll completely engage your players. For example, in a Firefly game I was running for another group, one of the guys was playing a very Saffron-esque character who was trying to flirt her way into getting some supplies for the crew. I know he’s obviously not Christina Hendricks, but he’s not the character in the game. As the scene progressed, it was me, the female GM, pretending to be a male shopkeeper completely enraptured by the cleavage of a guy that was pretending to be a charming, manipulative, and well-endowed woman. The scene worked, was fun, and we only laughed at the juxtaposition of it all after the game was over.

Even if it’s easy to slip into using the pronoun of the player instead of the character, it’s up to the GMs to remember the character above all else for the player. If you can do that, it’ll truly let the player’s imagination run wild and play whatever character they want.

*This obviously doesn’t represent my view.Â

34 Responses to Male, Female, and Everything In-between