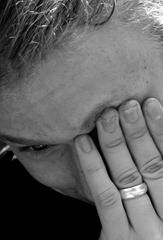 Often times, the ideas we have in our head don’t translate to paper very well because they’re just too darn complex. Case in point, years ago, inspired by the 1986 adventure Night of the Seven Swords and by the play reports of a friend of mine, I wrote my own adventure “Return to The Carnival of the Damned” and it’s follow up: “Son of Return to The Carnival of the Damned”. Both adventures were intended to be psychedelic horror mystery romps and I conceived of a

random encounter style where each encounter had a chance to spin off additional encounters either during or after the original encounter.  For example, a sudden blizzard blinds the PCs, and when it clears, a group of zombies may or may not be advancing on them.  As combat is joined, the blizzard may just return, and when it disappears again, the zombies have vanished, returned to whatever dark corner of the carnival spawned them.

The problem was that my encounter table was a god-awful spaghetti mess (and not a good spaghetti, like Walt’s spaghetti mysteries, the bad kind like messy convoluted Spaghetti computer code). I’ve duplicated what I vaguely remember it looking like (click for a larger version), but this is probably only a fraction of the mess. It’s been a long time. In fact, since the encounters loop, while not probable, it’s completely possible to get “stuck” in a far-too-long loop of encounters that are almost ridiculous in sequence. Luckily you have a human interpreter, but taken as writ, the original table is rife with something I like to call “OhGodWhy?”.

The problem is, of course, how do you embed incredibly dense data and probabilities into an encounter table without endless rolling which eats up game time and is just annoying to do?

Simple. I just got myself a die 10million.

O.K. truth be told, no such product exists, but they’re incredibly easy to make.  If you didn’t accidentally click through to this website on your search for ceramic lawn gnomes, you’re familiar with the concept of the d100.  The d100 works because our numbering system is base 10, so the number 157, for example, actually means we have 1 10^2s, 5 10^1s, and 7 10^0s. Since we can only have 10 of any given category before it advances to the next, a d100 is simply rolling for a random numbers of 1s and a random number of 10s in our number.  The d10million works the exact same way. It’s a collection of 7 d10s, each one representing a digit of our final number. The only problem is that the traditional “which one was which position” and “let me sort these to the right order” problems of a d100 are multiplied sevenfold.  Enter stage left: your grandmother’s pill reminder.  You’re probably also familiar with the seven-compartment pill boxes that help old fogies like me and your grandma keep which pills we’ve taken and not taken for the week straight. All you have to do is put one die in each compartment, and shake, and you randomize all seven dice simultaneously with the only problem being that it’s fairly bulky, for a die.

I like this craft box from the CraftMates Lockables line that I picked up at my local Hobby Lobby (Grab a fook while you’re there!) because it’s got a locking bar that keeps the compartments from popping open and my dice flying all over the room, but any clear case without markings on the top that would obscure the dice inside will do.

Note my clever usage of Roy G. Biv above. That little detail also allows me to color code charts and such for quick reference. Maybe next time I hit my FLGS, I’ll grab a complete set of seven matching brand properly colored d10s and make my d10million look extra nice. Hell, my red die isn’t even a d10, it’s one of those mutant d20s from the 80s/90s that has 1-10 twice!

The main advantage of the d10million isn’t that it can generate a random number between 1 and 10million. I’m not so much of a nerd that I don’t think that’s blatant overkill.  Instead, it’s the fact that you’re rolling up to seven dice simultaneously.  In the same fashion as rolling an attack and damage roll all at once during combat can greatly speed combat, rolling seven dice at once with the d10million allows you to speed up processes that you would never attempt without it.

Now with this tool, a portion of my encounter table might look like this (again, click for a blowup) which is not only readable and usable, but allows for more individual tailoring of results and eliminates nonsense results.

So think about it. What processes are you using that rolling seven dice simultaneously could improve? What processes have you wanted to use but are too cumbersome to use without a d10million?