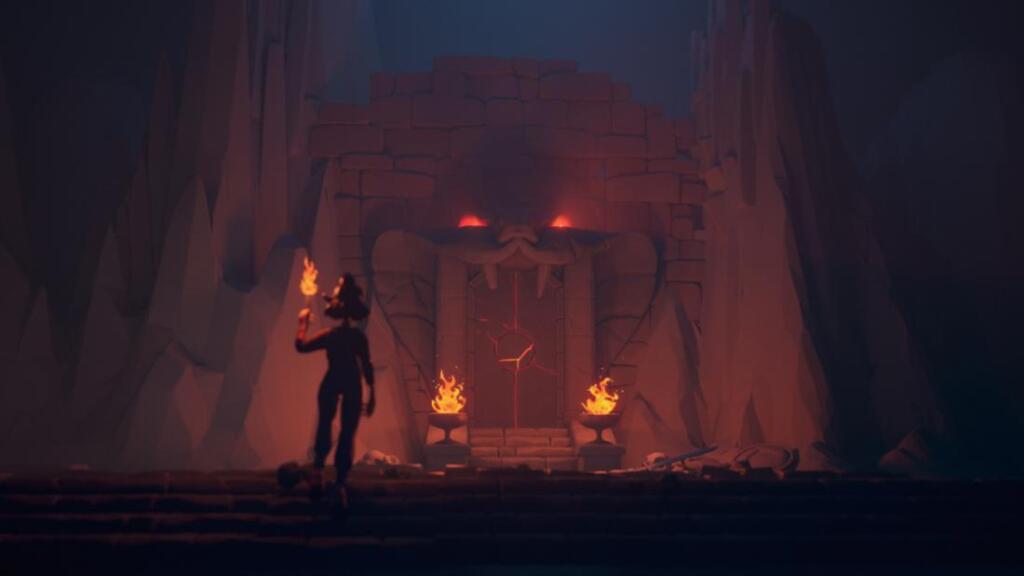 A recent multi-session traipse through the Tomb of Horrors where the players developed a standing operating procedure for trapfinding pretty early on got me thinking in new ways about passive checks in D&D. I’ve recently been working on integrating passive skills into my games more as a way of getting rolls out of the roleplaying when they don’t matter as much. I like to focus on things the players have built into the characters in order to help them bring out the elements of their characters that they find cool. Passive checks have been a good way to do that without calling for acrobatics or perception rolls every 10 minutes. If a character has a high perception then the passive is probably high and there isn’t a need to ask for a roll for them to notice everything, especially if they took feats that raise their passive scores to insane levels.

Since the Tomb of Horrors sessions, I’ve been building on the back of passive skills and considering expanding it into Passive Modes to help speed up tedious or repeated skill rolls while not depriving players of their cool moments or the expertise of their characters.

What is a Passive Mode

If you have a military background you may be familiar with the term “Standing Operating Procedure”. Business has a similar term that gets at the same idea called Standard Operating Procedure. They’re very similar with slightly different edges. Essentially, an SOP is a set of instructions you always carry out in certain situations. After a long march you get ready to set up camp – you break out the well trained camp setup SOP.

A passive mode is essentially your groups SOP during certain situations. We’re dungeon diving and know there is the potential for traps, well we’re going to move slowly through every hallway while testing with our 10 foot pole. Side note: In my current game the 10 foot pole they use is named after a particularly unlikable NPC so they actually feel happy when it gets caught in a trap and breaks. We’re heading into negotiations with a noble – Zinnia will prevent Emil from offering his robe-pocket sandwiches to the dignitaries (although that has saved them as often as it has created awkward situations), Nym should bring up his Detect Thoughts and use it covertly, Jarrah should lean on his Eladrin background if it looks like it will help, and Jalair should retreat and keep an eye out for any signs of danger.

What makes a passive mode different from laying out the details of all of the SOP elements (although you certainly can) is that it assumes everyone is acting to their utmost or focusing on achieving one result to their best ability. In my current layout of the concept, it grants bonuses and detriments to certain areas and relies on passive checks. While the warriors may stand at the forefront to intercept any attacks, if you are in Careful / Trap Finding Passive mode you assume everyone is operating in the best possible way to be careful and find any traps. This would mean the tanks stay behind the rogues or the people with the most noticing skills and the party moves a lot slower as they check the doors, hallways, etc.

With a Passive Mode in place a Game Master can focus on narrating the important elements. The group knows they are using Careful / Trapfinding so have a better chance at finding traps, so the GM can say they walk down the hallway and find a trap, then call for just one trap disarming roll rather than 5 trap finding rolls because they want to be VERY CAREFUL. There is more of a chance to hand the narration off to the players or point out the interesting elements because the players know they are assumed to take all valid precautions.

Now that you’ve got an idea of what a Passive Mode would entail in the narrative, here’s how to craft and use them mechanically. Figure out what the approach is – in the Tomb of Horrors or a dungeon crawling scenario it might be Careful Movement / Trap-finding. Write out what the goal is and at least one Constant Benefit and one Constant Penalty. Then write out any other parameters for the mode that the group may adhere to. Mechanically this becomes something like:

Once you have written this out, you get a passive mode the group can use to do trap-finding or move carefully while still having a greater chance of finding traps without rolling perception or investigation checks every 10 ft. The group can feel a little confident they won’t trigger any traps and the penalty emulates the tradeoff they make. In this example it’s that they are a bit noisier as they traverse the hallways tapping with their 10 foot pole and attempting not to get killed by a spiked floor. Of course players will always balk at penalties, so determining the right one that feels realistic but not too hefty is important.

It is also important to denote any party particulars for the mode to make it easier to navigate while using. The party order is important in this instance, but not so much in a social scenario, maybe. The 10 foot pole and trapfinding ball are important so the party feels they won’t miss out on a clever strategy because they are using passive mode. In the above example if the highest check was an 11 they would have in no way found the trap since it was very well hidden, but if they got caught by it and felt they should have tested more robustly with the pole or trap springing ball you can say their highest passive was far enough below where they would have noticed something suspicious but aren’t sure what it was.

One important note – the group ALWAYS gets to decide when they go into a Passive Mode. A Passive Mode always entails a choice by the party to focus on one mode of play but in a way that isn’t onerous to the rolling. Since it will often rely on the group’s passive or maybe average scores, it factors in their abilities but also entails benefits and penalties that go along with their SOP. That means the group gets to decide if they are going to forego the more rigorous but slower meta approach to get similar benefits, or if they take the passive checks to move forward. Essentially, if they aren’t using a passive mode and forget to check for traps down the hallway by making 3 checks and it gets sprung on them, then that is on the players not being diligent enough. If they are in passive mode, you assume the checks, tell them what they found or tell them they suspect something is ahead without having to ask them for rolls or rely on them being as wary as their characters would be. By turning on the Passive Mode the group is also buying into the idea that they will live with the passive checks. That is something that should be emphasized. They’ve got the +2 to the searching and trapfinding and if it doesn’t find it, that means it was a well hidden trap.

The other important note about passive modes is they are always going to be something figured out by the players based on their party’s approach to things. Different games will benefit from different modes based on gameplay loops. Hacking doesn’t exist in D&D but magic trapfinding doesn’t exist in Shadowrun. A group with a mage wouldn’t necessarily detect magic on every hallway, but if they put it into the passive mode notes or other parameters, you can make some assumptions as a GM. To build a passive mode, the players and the Game Master should determine what all it provides and contains so that the GM can make decisions based on what is written down in it.

Passive Mode: Stealthy Trap-finding (This is an example of a passive mode where the group wants to accommodate 2 things, thus 2 benefits and penalties)

Passive Modes could be nailed down as a set mechanic with multiple modes defined, but the act of coming up with them enables some player agency and that all important buy-in to the concept. It allows for some control over the passive skills and a bit of a bargaining with the GM to help allow the players some control over the world they are in, or at least how they interact with it. In the example of Defend The Weak, the penalty is a kind of pay off to the players asking the GM to not attack the NPC or to Geek the Mage. It’s in the meta space of the game but not quite so meta as saying “please don’t attack the mage”. Passive Modes are actually a kind of bargain with the GM that obscures the meta nature. “We want to be careful because we know this is an in-world danger” emphasizes the characters’ ability to overcome that danger through careful thinking while not having to get into every single small roll cautious players may want to make to prevent the danger. I’m still toying with the concept and how best to utilize it, but I’d love to hear your thoughts.

What kind of Passive Modes would your players come up with? Where might you fit them in your game to help ease repetitiveness? What penalties and benefits would you feel appropriate?