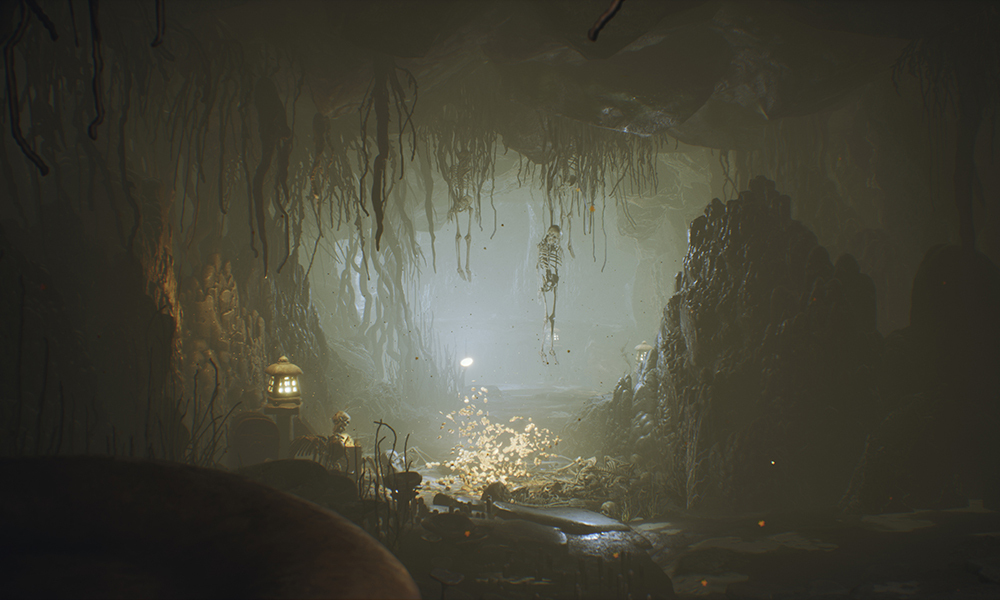 Today I wanted to try out a combo with a Lovecraftian horror, but one of those lesser ones. I did a bit of research and found pretty much the perfect fit! The Mi-go: a half crustacean, half fungi thing. I grab the monster manual and pick one random monster to pair it with: the svirfneblin (or deep gnomes if you are a coward and don’t want to name them the right way). Both would normally live underground I imagine, so that makes the job much easier.

The Mi-Go are large, pinkish, fungoid, crustacean-like entities the size of a man. In other words, they are terrifying. They cannot be recorded using ordinary photographic film, due to their bodies being formed from otherworldly matter. Mi-gos are known for seeking for human brains and sending them to other planets. What for? They are said to venerate some other ancient gods, but we can keep that detail vague if we like.

If we were to place them in our world, I would imagine them being underground creatures, or ones that come from the seas. As we also have underground gnomes to pair them with, why not have them originate (or at least seek refuge) from underground? I don’t imagine Mi-gos being easy creatures to ally with, so let’s have this monster combo be a rivalry between the two species; one that may sooner or later affect in one way or another the player character’s lives.

The deep gnomes are civilized groups of people. Being gnomes means they are magically adept, able to camouflage while underground. Deep gnomes are also seekers of gems, which puts them often into trouble, as they encounter other underground creatures that seek these precious rocks. It doesn’t say anything about gathering fungi, but we can throw that into the mix to easily create a conflict with the Mi-go.

The svirfneblin have been hiding their underground existence for many years, but there is no way they can keep doing so much longer. Their gem-seeking excursions have awakened the Mi-gos, who began attacks against both the deep gnomes and the surface dwellers. Place the svirfneblin community below any civilization that might be living near mines. No matter the system or setting, from fantasy to super-hero, pulp Cthulhu or sci-fi, there’s always a place for mining villages.

The deep gnomes want to remain a secret to the surface-dwellers, while also keeping them from finding more of the gems the gnomes consider theirs. This has caused the svirfneblin to send groups that will make people disappear in the mines to scare them off. Nevertheless, the deep gnomes aren’t perfect, and while protecting their home from the Mi-gos, cracks are beginning to appear in the surface floor, from where Mi-gos find a way out. Some harmless mining and fungi-seeking excursions from the deep gnomes became a whole problem by awakening the Mi-gos. The deep gnomes have to protect their home while remaining undetected from the surface-dwellers and scaring off those who may want to get their gems. Meanwhile, those on the surface are getting attacked by Mi-gos, disappearing in the mines, and all seems to be due to the Lovecraftian monsters’ presence.

While gnomes are often very tied to the fantasy games, you can have them appear in other systems as magical creatures, or change them altogether by another alien species if you are running a sci-fi game. Let’s say a group of human miners live in the mine settlement of Brightlake, due to the proximity to a lake. In the past few days, the water level in the lake rises for no reason and floods the whole mining settlement. Cracks appear on the ground and weird fungi-crustacean creatures come out from it grabbing the miners from the head and pulling them underground. The humans never encountered these creatures, and have both begun to find out miners who went explore disappear, as well as some corpses of miners begun to appear floating in the lake with their heads torn open, showing no brain in their skulls.

The human settlement will shortly seek help from the party to investigate and solve the problem. The svirfneblin will keep causing problems because they are in need of help, but won’t accept their human rivals to come to their aid. Even though the party may try to find the deep gnomes, they should be difficult to encounter due to the gnomes’ camouflaging magic. Leaving some mining equipment that is not human-sized in the caves as clues can make for an interesting mystery. If the players are taking long in finding out about the gnomes, you can always have one of the abducted humans escape from the gnomes’ captivity. Alternatively, the player characters may decide to eradicate both the deep gnomes and the Mi-go. Both these groups of individuals should be used to fighting underground, giving them a great advantage over the player characters.

What do you think of this Mi-go + deep gnomes combo? Are you planning on using it in your games? Would you do some changes to the monsters, or have a particular idea on how to run this monster combo in a specific system? Make sure to share all about it in the comments below!