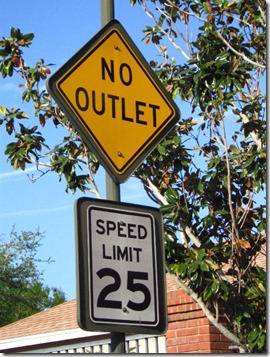 A recent article about railroading by Will Hindmarch over on medium.com got me thinking about something I’ve had in my “to-write” file for a while. It is an idea that I constantly go back and forth on when I run games, the idea of saying no to a player to preserve some dynamic of the game that I’m running.

Generally, I’m the sort of Game Master who runs into a game with very little planning and just grabs onto whatever the players seem to think would be fun at the time. This is great most of the time, but every so often I want to run something particular or find myself having to clamp down on player ideas because they wreck the entire idea behind the game.

“I reallyÂ don’tÂ think you should use your money to purchase that store.Â This game is about a world trotting epic group of adventurers, and I reallyÂ wasn’tÂ planning to do anything more with thisÂ city, so…”

“This game is about a group of military attached troubleshooters, if you are an anarchist then why would you be with them and why would they have you with them?”

“We’reÂ playing a zombie survival game. You sayÂ you’veÂ been on the roadÂ for months and came from the west, but the whole idea of this game has been travelling west towards safety. IÂ don’tÂ want your character knowing what is out there already, it would kill the surprisesÂ I’veÂ got planned…”

It’s hard to do. As a Game Master I want to enable my players in all their ideas, but sometimes I have to shut down something that just doesn’t fit the general idea of the game, or that would send the game spiraling into the margins and away from the general boundaries I set on the world or style. But I’ve also been in the situation where I try something as a player and the Game Master shuts it down – I deflate, my enthusiasm for the game disappears, and I get a little grumpy. It’s a hard balance to strike — how do you preserve a dynamic of a game without turning off the faucets of encouragement and fun that fuel the players?

When a player tries something that breaks the general guidelines of your game, what are they really trying to get at? Is it a problem of player interpretation or expectation? Is it a case of a problem player trying to grab control in some way or break the structure of a game so they can act as they want? Or, is it a case of a player wanting to get at something or make something happen and not really understanding how it interferes with the overall narrative arcs that you are attempting to create?

Getting at the underlying idea or desire of the player is the prime thing. Why exactly does the player want to own a store? Is it so they have access to supplies or a retirement path for their character? Why is the character wanting to come from the west when you’ve already established that west is the direction that you are travelling? What is it they really want out of the action they are attempting? Knowing this, you can determine your Take and Give

I’m not a huge fan of saying outright no to the players. It shuts them down. If I can find a way to give them at least part of what they want, I find that they are happier and more engaged than if I just said change your mind. Does the player want the store so they don’t have to purchase supplies or worry about “downtime” money? Well, what if they have a cart and are a travelling merchant and we just assume that they sell a few goods when they reach a new place and have some in-game down time? Does the character want to secretly be an anarchist who tries to take down the military? Can you work it out beforehand that they come to realize in-game that not all military actions are bad, at least to the point that they work with the group? If that doesn’t work, can you tell them that the character concept just doesn’t work, but find a better one that they would have as much fun playing? If you have to Take something away to preserve group unity, narrative, or general fun for the group, Give something that still keeps that player’s passion for the game high. Is the underlying idea that the character wants to be mysterious and connected to the deeper story? Can you write it in that they have travelled from the west, but whatever is there is so traumatic that they refuse to remember? If you have to say no completely, can you wrap in a separate mystery that rocks the group when it is revealed?

Say Yes More Often Than No, But…

When you find you have to say no for some legitimate reason, use the two part formula to preserve the players sense of ability.

Sometimes you just have to take a player idea away that would be toxic to your game, but if you can replace it with coal you can keep the player having fun. What is your worst experience in having to say no to a player? Have you ever lost one from a game because of it? How often do player ideas run up against your narrative or group fun? Do you find players buying into your ideas more often than they run against them?