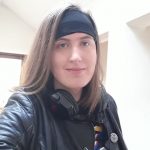 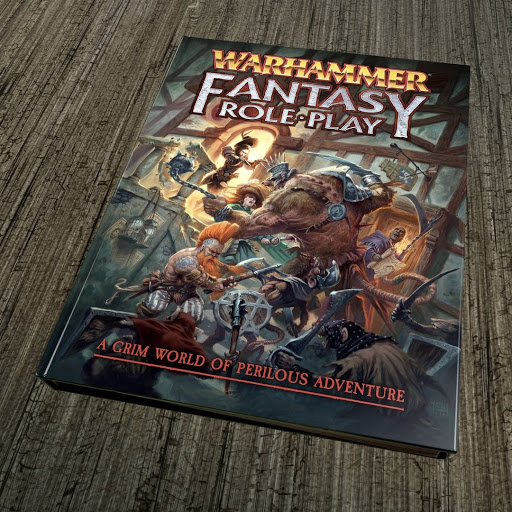 I’m not sure what I expected when I bought a copy of Warhammer: Fantasy Roleplay 4th Edition. Ever since I began my transition, both as a woman and as a better person, I’ve had a complicated relationship with the marquee product of Game’s Workshop.

I always had a love of the dark and gritty. The muddy and painful style of games. It reflected in my early writing. How so much of my creative writing was based on the idea of deconstructing the good and just things, such as superheroes and mankind’s voyages of the stars. Showing the dark underbelly of such. It’d make me a perfect fit for the property of Warhammer.

However, as I began growing as a person, I realized that I wasn’t some dealer of the macabre. I was just a jerk. I would use harmful stereotypes without a care for my privilege. Things that shouldn’t be made light of were carelessly added to characters for the sake of “edge.” Yes, if that placement of word wasn’t an indicator, I realized I was an edgelord.

And Warhammer, like so many properties I used to love, became a reminder of how I used to be. A person I’d rather forget.

So imagine my pleasant discovery when I opened the copy of Warhammer 4th Edition and begun reading through the book.

This little sidebar caught me by surprise. Inclusive language being utilized in the book. A reference, however small, to genders outside the binary being acknowledged. I remembered Warhammer Fantasy as the series that would rarely have a strong female character, let alone acknowledgment that the “heroes” (It’s still Warhammer, so I use the term loosely) could be any gender identity.

Then, these pleasant surprises only continued.

And there were many more rules, all as considerate following these, but this trio stood out to me the most because it symbolizes to me something important.

Just as I had grown and matured as a person, so had this game that I previously written off as an “Edgelord Product”.Â

I realize the amazing creative Team at Cubicle 7 is partially to thank for such an advancement. But, to see a part of the hobby that used to harbour some of the far less savoury and unkinder segments of the community make strides to become a better and safer place, it helped solidify something in my mind.

The days of Grimdark and edge are ending. And that’s a good thing.

Now, I still enjoy dark things. I enjoy grim murder mysteries. I find fun in the occasional gory combat. And I adore gray morality in my settings.

What I have left in the past, however, is taking pride in enjoying making others uncomfortable through my own enjoyment. Cos that’s where it stops being about your “tastes” and makes you just an out-and-our jerk of the highest order.

There’s a difference in liking dark stuff and being and edgelord. And the hobby even outside of Warhammer is beginning to realize that.

Shadow Of The Demon Lord, a spiritual successor to Warhammer, takes delight in being deliciously dark. Pair that with a very easy to understand but mechanically satisfying rule system and you have a hit. However, even this game which loves lounging in gruesome and ghastly areas of fantasy is aware that taking joy in triggering your fellow table members is not an OK thing to do.

(…)Before you begin running, talk with your players to establish hard limits on how far you can go in the game. Certain topics might be taboo for some. If so, respect their wishes. Similarly, the players should respect your limits and not push the game in directions that make you uncomfortable(…)

The sidebar appropriately titled “Mature Topics” on page 180 of the core rulebook comes in the middle of discussing how to inject horror into your Shadow Of The Demon Lord game. By placing it where the dark becomes most apparent in the book, the author achieved how important it is to obey the golden rule when it comes to delving into grimdark games.

Like how I mentioned that Shadow Of The Demon Lord is a spiritual successor of Warhammer Fantasy, the PbtA rule system of Urban Shadows wears its inspiration from the Classic World of Darkness on it’s sleeve.

Now, I could go on and on for pages about the history of World of Darkness and how it’s affected gaming culture. But people with far more knowledge than me have spoken on it. And the fact is that we’re not here to talk about Vampire: The Masquerade or Werewolf: The Forsaken. We’re here to talk about Urban Shadows.

Urban Shadows was the first game I ever ran. It was a fun, chaotic and improved adventure that all my players enjoyed playing as much as I did in guiding them through. It was also the game that introduced me to the concept of Safety Tools in RPGs.

The X-Card is a fantastic tool for helping guide your table through potentially upsetting topics. And while I likely would have discovered it without playing, I’m eternally grateful to Urban Shadows for being what led me to discovering it.Â

Urban Shadows never shies away from the dark, both of gothic, urban fantasy and the sad realities of prejudice, drug use and stereotyping found in our world all too often. Despite this, it in hand with the dark encourages you to always make sure you don’t fall into pitfalls that so many who’ve tried to tackle the same themes fell into.

Avoid Defaultism: (…) Swapping around a few cultural signifiers gets you the same (or better!) creepy punch without falling into boring clichÃ©s or dredging up uncomfortable history for people at your table(…)

Lean On The X-Card: (…). Use the X-Card yourself early in the session to demonstrate that it’s safe for players to use, and make sure to honor the system when a player does invoke it, even if you think what they’re flagging is a perfectly reasonable addition to the fiction(…)

Much how in the same vein of how Shadow of the Demon Lord placed the importance of safety in the horror segment of its book, Urban Shadows places these importance rules within their advice for GM’ing section. It symbolizes how making sure your table is safe is equally as important as weaving an interesting story.

There are many games that symbolize this belief and style, of “Respectful Edge” (Cheesy, I know). I like to think it’s the new generation of dark and gritty gaming. Of a world where we leave the dark in the game, not in real life.

Learning From Your Past

I can never change the flaws of my past. But I can learn from them. I can be a better woman from them. I can move forward and be a kinder person everyday because of it. And if this article hasn’t shown already, I’m not the only one.

The TTRPG hobby is not perfect in the present time. Not by a longshot. But with every little step we take like the above, of making sure that even our most grim of games will have the players comfort into account, we’re learning from the mistakes of the past. We’re making better games. Better communities

Be it Warhammer Fantasy realizing inclusion is a far more kinder future. Games like Shadow Of The Demon Lord knowing there’s a limit to everything. Or Urban Shadows advising it’s players to balance confronting the dark with taking into account your own safety, the genre of grimdark is learning from it’s mistakes. And it’s pretty nice to see.

Now if you excuse me, I have a game of Warhammer to get ready for.

Do you have any grimdark systems you feel are making actions to become safer and welcoming?Â

Maria is fairly new to the TTRPG scene, but has become a huge fan in her five years of playing. Her favourite interest is exploring how the RPG games she plays relate to her identity as a trans woman, and trans identity in general.

1 Response to Letting Go Of Your Old Ways