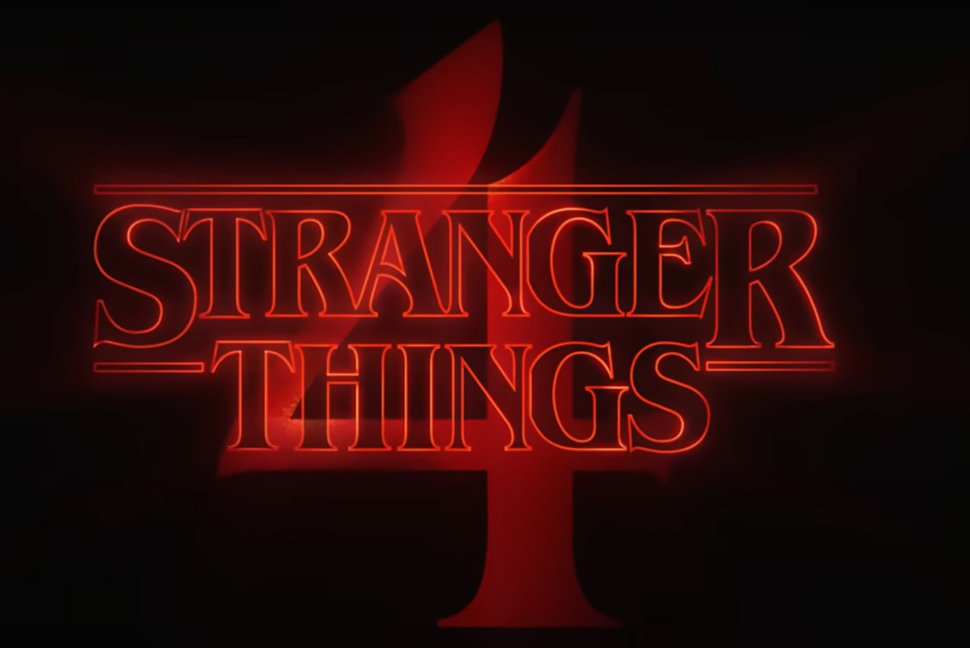 So I watched Stranger Things season 4. If you’ve been following me for a while, you may know of an article I did in the past, making both the monsters from S01 and S02 from Stranger Things into D&D monsters. The one from S03 was a whole different kind of entity that’s much more difficult to replicate in D&D (even though I may give it a try some time in the future). However, the S04 BBEG is a terrifying but a bit easier to make not only as some D&D monster, but also some sort of template you can use for a monster in your game. What do I mean with this? Accompany me as you see my design process:

Both in Tribality and in the Gnome Stew, one of the things I do the most is create monsters, and in order to do that, I like to take inspiration from pretty much anywhere. Stranger Things is one of the most popular things right now, so I wanted to give a try analyzing its monster. Its big bad evil guy from this season (which differs from the D&D character with the same name) I believe could very easily fit a D&D campaign as a villain. It could even fit many other RPGs as well, but I’ll be creating it using the D&D 5e ruleset as a basis for it as some kind of challenge for myself. Nevertheless, everything I’m typing here you can easily use for inspiration to add this monster to your own other RPG.

One of the things I always do first when trying to adapt a monster to D&D or any other RPG is first getting a broad idea of what the creature is about and can do. I know that the second part of S4 hasn’t come out yet, meaning that there may be some abilities from Vecna that we haven’t seen yet. However, the show has shown more than enough to make it a very interesting monster, but not only that, it’s more of a template than a monster.

This BBEG was once a human, a person that was corrupted and turned into this sort of demonic thing. Its own powers, ideology, and abuse led him to where he ended up. Now, just like this character suffered a transformation, you can make it so that any NPC (or even PC if you want to go that far) can become this “monster”. Change these sort of weird powers with a curse from a god, or a disturbance in the weave of magic, and you’ve got your own unique Vecna.

What makes ST’s BBEG what it is?

The most particular things about Stranger Things S04 BBEG are firstly that he causes his prey to see weird visions some time before he kills them. That’s the curse that he lays on the targets. He needs to activate those effects from a certain location in which he connects with the place and sends his powers away. In the show, that’s the house he uses as a base in the Upside Down, but in your game it can be pretty much anywhere. The Upside Down is similar enough to the Shadowfell in case you want your own version of it.

Another important aspect about this monster is that he is powerful, but a glass cannon. He acts from afar and never shows up “in person,” scheming out of danger while looking for the next target. However, the very few moments someone attacked him, he suffered some damage. He can be easily damaged.

How to replicate the countdown created by his visions?

There are many ways to do this. You can just do it so that little by little a character is more cursed by him until a moment the target is dragged to the Upside Down and killed very easily, or you can use a countdown mechanic that already exists in D&D: exhaustion. You can make it so twice per day this entity can worsen the curse on his target, having it gain one exhaustion level. This gives the target three days to get rid of the curse. Each time the curse gets worse, describe creepy visions to the afflicted character, as well as the toll it’s taking on their body. This makes it so the countdown has a mechanical effect on the character, making it terrifying. Nevertheless, the show presents a way to stop the curse from dealing the final blow…

In the show, the protagonists discover that the way to stop one from dying a horrible death by the curse is to do something that brings you back to your reality. In the show, this is done with music, but you may not have a bard at hand to do the work. A clever way to bring this to your game would be to make a skill challenge to help the character out. You can start by having it be DC14, and increase the difficulty by one per time you have to repeat this process. If the players are smart and provide ways that would surely help a lot to connect the character to reality (or maybe even roleplaying dramatic scenes), you can lower the DC by 1. The characters need to succeed in 4 skill checks before they fail in 3 of them. This can be altered depending on the level the characters are at, and does create a way to increase their time limit, while still having very tense moments and a countdown that will sooner or later come to an end.

Putting an end to the curse

As of now, the show hasn’t fully introduced a way to get rid of the BBEG’s curse. There will surely be one introduced in Volume 2 of the season, or maybe you just need to kill the BBEG. This is when you can pretty much have the characters do anything you want in order to get rid of the curse. Maybe they need to get a McGuffin, or make a pact with a powerful entity. What I mean is, don’t have violence be the only option. You can also introduce redeeming the BBEG as another very interesting viable option.

As I said, this monster attacks from afar, so it won’t be getting close to the PCs unless they come to him. The monster should have some ways to defend itself, but mostly should be things controlled from the environment.

Meat Vines. The BBEG can control vines to attack and restrain a character. If the PC is restrained, it is considered stunned. Two actions must be used to free the target.

Inflict Curse. The BBEG makes a melee spell attack to inflict two levels of the curse (exhaustion) on the target. If this would have the target reach level 6 exhaustion, they have to roll all death saves with a difficulty of 18 – [the amount of times their friends saved the cursed one from reaching level 6]. This means that in that same turn the target must roll all death saves instead of rolling once per turn.

Additionally, you can have the BBEG invoke fiends to help him, or increase the fog around him, using the fog cloud spell, that fiends can ignore. If the PCs came to defeat the BBEG in its lair, make the lair have its own initiative (initiative 20) and use the meat vines to help your villain out.

Designer notes: Note that I only gave you 2 abilities, because I believe these are the only abilities the template needs to feel like the Stranger Things’ BBEG. Depending on the past of the character, you can have it wield a sword, be a powerful spellcaster, or even a paladin! Part of the fun is that this monster should be at a disadvantage if the PCs manage to get to him. He may be able to invoke minions, and defend itself a little, but land some hits on him, and good bye! 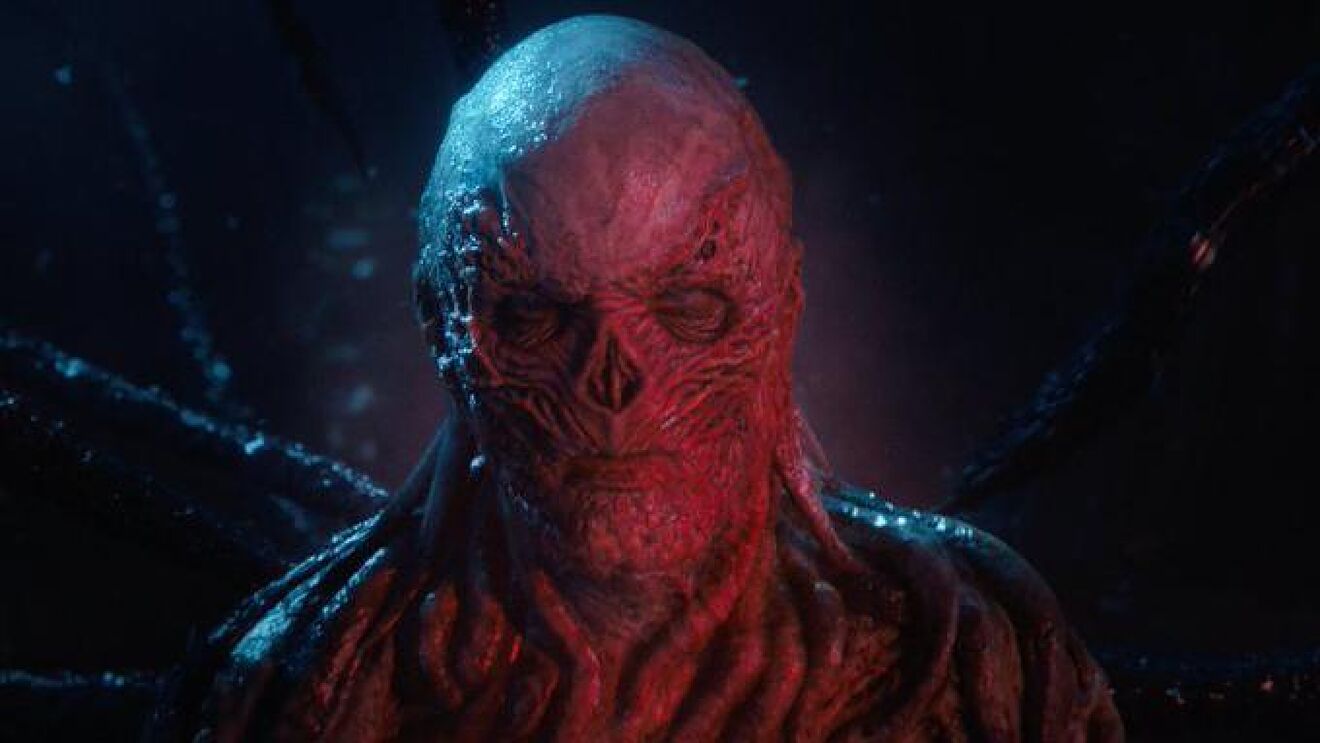 What did you think of the Stranger Things Season 4 overall? What about its villain? And most importantly, what’s your opinion on these kind of articles where I explain my thinking process on creating monsters? Make sure to let me know in the comments!