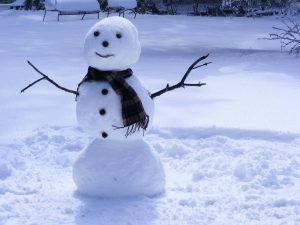 He likes warm hugs too.

One of the things I love about being a nerd is that it’s perfectly okay to immerse yourself in the love of a particular subject. It’s actually one of the reasons I love being able to claim the title of ‘nerd’. Unfortunately, though, one of my pet peeves is when some nerds (especially the RPG variety) take that immersion a little too far. Sometimes they take the love of a subject and turn it into an obsession that blows up inconsequential details so badly it turns the magical into the tedious.

Take for example Frozen. I understand that Disney Princess movies may not be for everyone, but there was quite a bit of awesome in that particular movie. Yes, I know there is a degree of eye rolling for many when the musical numbers start, but let’s just roll with it for the moment. Rather than being a direct translation of Hans Christian Andersen’s ‘Snow Queen’, the story instead focused on the relationship between sisters Elsa and Anna and their struggles as the eldest deals with insecurity and anxiety over her uncontrolled and powerful winter abilities. It’s an empowering movie for girls or anyone, but it’s also a damn fun movie with a great story and humor woven throughout. I mean, not only is there an unexpectedly awesome talking snowman, but a delicious twist on the traditional handsome prince clichÃ©.

But what did some gamer nerds obsess about? “WHY DIDN’T THEY EXPLAIN WHERE HER POWERS CAME FROM!?!?”

Not all gamer nerds, but I had to walk away from at least one online conversation where several people were complaining about how awful the movie was based solely on the fact that there was no ‘reasonable explanation’ for how or where Elsa got her powers. They called it a ‘failure in world building.’ In their mind, because the movie makers didn’t give a source book’s worth of information on why the powers existed, the movie was crap. I honestly wanted to reach through my monitor and throttle them.

While this is a specific example, I’ve found that I have to avoid most online fandom communities for things I love, especially if I want to keep loving that thing. Whether we’re talking fanzines back in the pre-internet Stone Age, the message boards of the 90’s, or the current generation of Tumblrs, there is an element in fandom that can take the love of a subject too far for my personal comfort zone. Some people love it, I just get annoyed.

Among gamers, there is a need to quantify things they love in the mechanics of their chosen system. This isn’t necessarily a bad thing, especially since there can be great satisfaction in being able to translate a character or an ability from something they love into a workable format in a game they love just as much. The problem comes for me when it’s taken too far and you lose the spirit of the original thing in a sea of minutia.

So what does this mean to us as GMs? Sometimes it’s good to remind ourselves and our players that it’s okay to just ‘Let it Go’. Remember the spirit of what you’re trying to capture in the game and don’t let yourself or your players get too bogged down in the details. I know that’s easier said than done when we’re talking about a hobby that quantifies everything from how wise a character is to how much damage a halberd does, but it’s also supposed to be a hobby where we let our imaginations run free.

If you are getting overwhelmed trying to stat out every single possible permutation of creature the players may come across in your game, it’s probably time to step back and remind yourself of the spirit of the game. If you have a player coming to you with a character they want to play but it doesn’t quite fit easily into the system or setting you’re using, work with them to find the essence of the concept and fit that into the game instead. And if you have a player dragging the game down because they’re caught up in the mechanics and rules (and possibly doing a little bit of power gaming or rules lawyering), it might be time to take them aside and have a talk.

I’m absolutely not saying we need to give up on our obsessive love of awesome things. It’s what makes us the nerds we are. Just occasionally, it might be wise to know when to let the details go. After all, the mechanics never bothered me anyway.

13 Responses to Let It Go