Doesn’t this just make you want to run a Star Wars game? 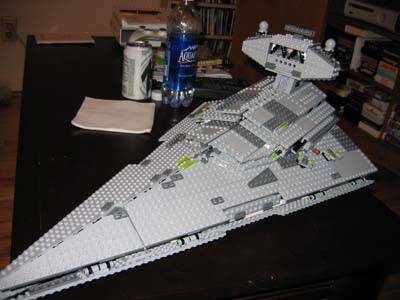 With 1,367 pieces and 75 steps, this is easily the most involved Lego kit I’ve ever put together. It took me 3 1/2 hours to build, and the finished ship is two feet long.

This Star Destroyer is a smaller version (scaled for use with Lego figures) of the 3,000-piece beast Monte Cook built a couple of years back. Following his lead, I thought it might be fun to post a few pictures of the construction process. 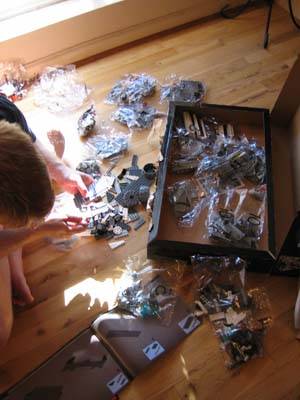 There were over a dozen numbered bags of pieces in the box, along with two separate instruction books (rather than the usual one). 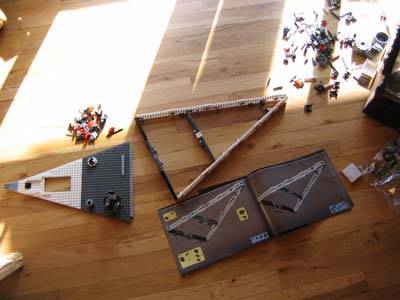 Here’s the base (the interior deck) alongside the frame for the body, and a host of pieces off to the side, waiting to be used. 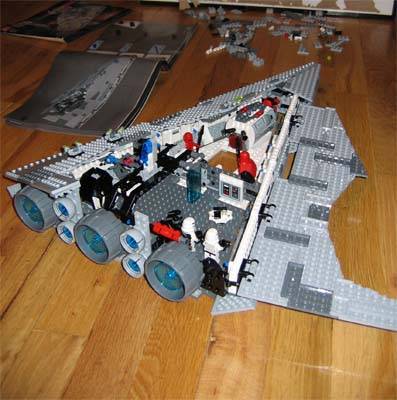 At the two hour mark, mostly complete. All I have left are the upper deck and conning tower. You can see how the top of the ship folds open, allowing you to get at the stuff inside (which includes Vader’s meditation chamber, a mouse droid, Imperial Guards, a weapons locker and a launchable escape pod. 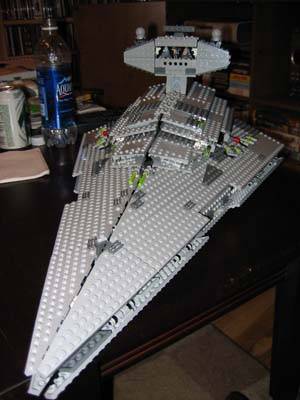 After a break for dinner (and a little WoW), my baby is finished! That’s Grand Moff Tarkin peeking out from the bridge viewport — one of many details that make this ship so nifty.

Now imagine plunking this star destroyer down on the table during a Star Wars game. It demands to be looked at (and played with), it evokes Star Wars and if you bring it out when the PCs encounter a star destroyer, it will convey just how big these ships are in the game. Good stuff.

6 Responses to Lego Star Destroyer: The Power of Props