Today’s guest article is by Jim Low, an educational therapist who worksÂ withÂ special needs kidsÂ and uses gaming in the classroom. You can find more of his writing over at Swords and Stationary. Thanks Jim! 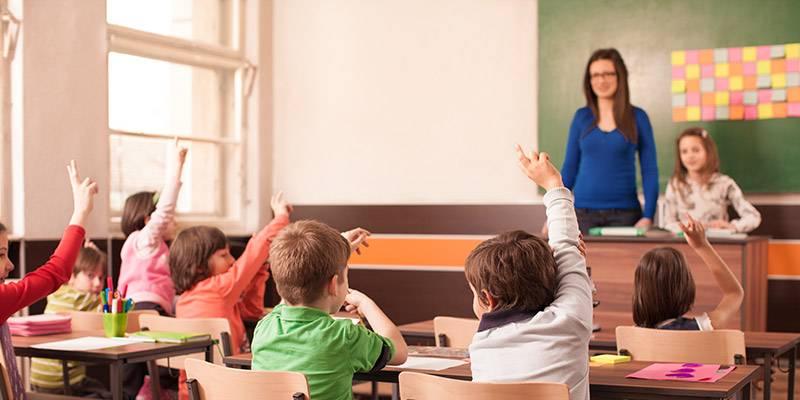 Working with children with special needs has been an interesting experience. Some have different co-morbidities, and it’s a bit hard to find a one-size-fits-all approach. However, one thing’s for certain: almost all of them enjoy gaming in some form, even if they’re not gamers to begin with — and this gives me the allowance to create innovative and interesting ways to teach them.

The thing about learning under a curriculum — and quite a few students will tell you this, even if they respect their teachers — is that it can wear one out. Sure it can be interesting; it may even be fun. Knowledge brings new insights and perspectives, and voicing opinions in class makes for a lively environment. However, it is also mentally draining. There comes a point where the attention craves for an experience not typically associated with the classroom.

In the short term, this may not be an immediately obvious problem, but let it grow for several months and you may start to see the signs: grousing, complaints, lethargy, etc. Sometimes the signs taper out and students become enthusiastic again, especially if they have an inherent interest in the subject; sometimes this just doesn’t happen. If lessons are not sufficiently varied i.e. the same old things recur weekly, then who can blame the students for becoming disinterested, even if they’re actively engaged?

There are a lot of ways to make a lesson more interesting. You could do it through watching videos or listening to songs. Personally, I prefer to use games as a tool to get students interested in the subject matter.

In fact, unbeknownst to ourselves sometimes, educators are already actively using games in the classroom to spice things up. Hangman is a game, as is Charades. When I was in Primary School, one of my teachers used to have monthly “Scrabble” sessions in class — the class was split up into teams of 4, and each team would take turns to send a representative up to the board to write a word. This would go on for the last 20 minutes of class before the bell rang. The only significant difference between our version and the actual board game was that ours didn’t use pre-picked letters.

Today, as an educator myself, I use a lot of games in my classes. Besides PnP board games like Codenames and Dixit, I’ve also run quite a few RPGs in class, including Interface Zero 2.0 (Savage Worlds), Risus, Leverage, Covert Ops, Barebones Fantasy and Atomic Highway (this one is a particular favourite among my students). I can tell you right now that I haven’t found a single student who’d said, “Eh, this isn’t really fun,” when it came to RPGs. Perhaps there is a gamer in us all heh.

Anyway there are two ways in which I use games in class: one, to create a unique learning environment; two, to specifically teach certain concepts. For the purposes of conciseness and clarity, I will just focus on the first way for this article, and go into further detail on the second one in a future article.

Some time ago, I came across an old article talking about a teacher from Montana gamifying his classroom to motivate his kids. You can find the article here. Essentially, the teacher, Mr Nix, transformed his classroom into an “MMORPG-ish” environment. He turned assignments into “quests”, and made students create fictional identities of themselves. More importantly, he made learning seem like an adventure that promised fun and unpredictability.

Mr Nix isn’t the only one to have tried to gamify the classroom. There have been other initiatives like ClassRealm and ClassCraft that add layers of gaminess to learning, and I applaud them. What they demonstrate is that learning in a classroom setting doesn’t have to adhere to traditional methods, but can instead integrate play seamlessly.

I’ve also tried something similar before, and while it was draining for the gamemaster (i.e. me!), it was well-worth the trouble to see my students fully engaged. We used Barebones Fantasy as the system — that was simple enough for 10-year olds. Players would roll dice to resolve the usual situations like combat and lockpicking. However, there were magical seals in the dungeons and portals were randomly opened, causing more monsters to clamber out from them. In order to close the portals or remove the magical seals, the students would need to complete actual class work like spelling.

Gamifying a lesson can be quite the undertaking, especially if the class size is big, but it is doable. Of course, the system would need to be homebrewed to cater to an academic setting. You’ll also need to plan out what exactly is going to be part of the “game”. Typically, that would include assignments and the students’ and teacher’s identities. You’ll then need to tie those in with the system. Questions one would have to tackle include:

There’s also the arduous process of setting up the classroom to fit the theme of the game. This is arguably optional, but in a bigger class setting, it may actually help those sitting further away from the teacher to stay immersed.

Make no mistake, it is as tedious as it sounds; at the same time, it’s also a rewarding experience for both the students and teacher. The game doesn’t just keep students engaged, it actually builds on their self-esteem and motivation. I’ve noticed a marked difference when students learn in a gamified environment, versus “just learning stuff for the sake of it”. There’s nothing wrong with the latter, and as I’ve mentioned earlier in the post, some do have an intrinsic motivation to learn, but when dealing with students who don’t, this could be a viable solution.

Are any of you readers in the field of education too? If so, have you tried to gamify your classroom? I’d be interested in hearing your thoughts. Thanks for reading and good gaming to you!

10 Responses to Learning Through Games