Learn to Say “No” to Your Players. 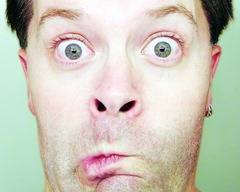 It seems everywhere you go that someone is telling you to say “Yes” to your players. Saying “Yes” is more or less de rigueur these days, and you can’t use an area of effect ability without hitting three members of Baker’s cult of “Say ‘Yes’ or roll the dice.” Said too many times though, the simple “Yes” can turn even an excellent GM into a drooling bitter burnout, and it goes further than that. “Yes” waters down your game, stretches verisimilitude (haven’t heard that one in a while, eh?) and is a pitfall waiting to happen. There’s a place for “Yes” in every game, but given the current “say ‘yes’” culture, it’s easy to forget that there’s an equally important place for “No”.

It’s the right time for “No” when:

It’s the right time for “Yes” when:

So saying “No” is as important as saying “Yes”, but they serve different functions. “No” is for preventing problems in your game, “Yes” is for embracing fun. Both are important tools and should be wielded carefully. But when uncertain, feel free to default to “Yes”. After all, you can always say “No” later.

15 Responses to Learn to Say “No” to Your Players.