Kickstarter, Kindness, and You 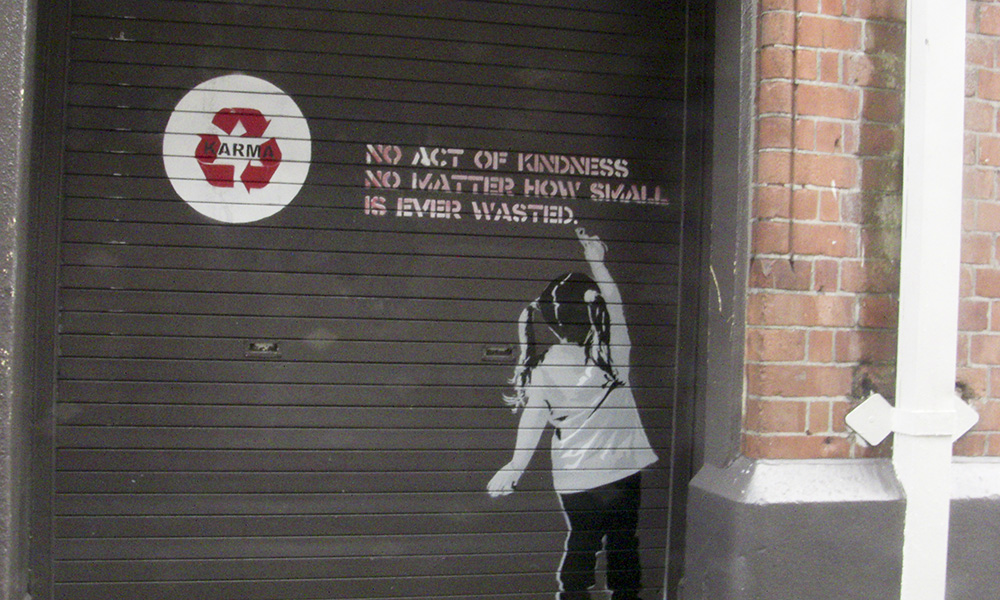 Content warning: This article talks about suicide and depression

I remember the first time I ever backed anything on Kickstarter. It was Fate Core in early 2013 and I had no idea what I was even doing. There was so much excitement around the campaign that I wanted to be part of making something cool happen in gaming. I had a sense of ownership in what was happening and it felt good to be part of a community that supports ideas.

Flash forward to late 2018. I’ve got 158 backed campaigns under my belt and I’ve backed the spectrum of Kickstarter projects at this point. I’ve back games that are ready to send out rewards from the moment the money clears and others that have made big promises despite having not even started on the project. I’ve even had a complete failure where I will never have anything to show for my investment. Ultimately, I am always happy to take a chance on ideas that I believe in, no matter the outcome.

Investing in a Dream

Investment is an important word in the world of Kickstarter that I think gets overlooked too often. Despite what it has become, the intention of Kickstarter is to be a place to invest in business ideas. Someone shows up with a dream and tries to convince enough people to believe and fund that dream. If it funds, great! Move forward and make that thing happen! If not then the market has spoken and you know that you have some work to do.

Dreams can be fickle things as they bump up against the reality of making them come to life. Good intentions and ideas don’t always equate to a good business plan or understanding of the industry that you’re entering. Making game books, cards, and tokens can be complicated with a steep learning curve. If you inadvertently choose the wrong companies to do business with in creating those parts and pieces, things can get even more challenging.

It’s the oft-repeated story; someone has an idea and support from their friends and family. They bring it to crowd funding and other people love it too! The backers are excited to get what they paid for and you the creator want to give it to them. Soon money, lack of experience, mental health issues, financial challenges, defective proofs, and shipping costs get in the way of timely delivery.

Sometimes the results can be financial ruin for the creator, backers with nothing to show for their investment, and angry internet people looking for someone to punish. The Kickstarter entrepreneurs carry the burden of being the focus of these disgruntled backers.

The Aftermath of Failure

It sucks when you don’t get what you feel you paid for. I get it. Anger and the feeling of being cheated out of your money is an understandable reaction for many people. There are gaming Kickstarters that appear to have been scams without the intention of ever delivering. Those are incredibly rare in reality but they are used to illustrate the dangers of investing in crowd funded projects.

The reality of most of the struggling Kickstarters that I’ve seen is simply that people made mistakes. They over promised stretch goals, didn’t understand the real costs involved in bringing products to market, didn’t notice manufacturing defects, or just got their butt kicked by personal issues outside of their control. There are many non-sinister reasons that projects delay or fail.

This is when the angry people show up. The threats of legal action, outrage caused by the perception of being swindled, and sometimes even threats of violence. Cruel words are thrown around with the buffer of the internet to hide the effect of how those words land on the real humans at the other end. The internet shows its venomous fangs.

There are often real world consequences for the actions of backers. People are suffering major depressive episodes, suicidal ideation, and hospitalization because of the pressure of a funded Kickstarter. Their families are thrown into the chaos of a loved one’s mental health struggles over playing cards and game books.

I am part of a non-gaming related Kickstarter where the owner of the company took his own life this year. He actually apologized to his Kickstarter backers in his suicide note.

Think about that for a second. In his final moments of life he took time to let the people leaving hateful comments on the campaign know that he never meant to cheat them. Reading that in a Kickstarter update was a sobering and heartbreaking moment. I sat there reading the words of man that is gone forever posted by those that he left behind. I am left mourning the loss of a fellow dreamer that I will never meet, but cry at his passing all the same.

I’ve seen too many updates about the emotional struggles of the creators begging for understanding. Most people that respond to these posts are supportive and kind but not all are. Kickstarter removes death threats and racist language but there are still many comments left behind that cut deeply.

A Moment of Thought

I’ve been irritated and disappointed by the lack of communication in campaigns that I’ve backed. I have posted my disappointment in the way things were run and asking for updates. I know the feeling when you realize that the thing you were really excited about and invested in is never coming. Most of us work hard for the money that we have and it stings to lose any of it without knowing why. I have limited resources to invest in dreams and it hurts to feel like I wasted it.

That frustration shouldn’t be more important than my humanity. There is never a justifiable reason for me to dehumanize and attack a stranger because I didn’t get my dice on time or at all. Investing is always a risk and sometimes that doesn’t work out. There are actual people involved in these games and we all need to consider this when we interact with them.

I’m asking that we all take a moment to think about what we post in our comments and messages. Think about how what you write would sound to you or a loved one if you were on the receiving end. Consider that not everyone has the same level of support that you do or may be suffering from physical or mental health challenges. Take a moment to temper your anger with kindness. A sharp sword isn’t the only tool to create the world you want. Give people a chance to fail and survive it

There are things that creators can do to help make most people feel supported and not taken advantage of. Communication is such an important part of the process. Bad news isn’t fun to give but it is better than not communicating or lying to your backers. If your project is running late tell them why, back it up with data if you can, pictures if they’re available, and in the most honest way that you can.

There might come a point where you realize that your Kickstarter is never going to fulfill. There are many reasons that might happen but your response should generally be the same. Tell your backers the truth, give them a breakdown of everything that happened in the process, what mistakes were made, and what you learned from the experience.

I recognize that not everyone will find themselves mentally or emotional capable of what might seem to the outside world like a simple and honest declaration of the facts. That’s OK. You aren’t a terrible human just because you’re struggling. You’re most powerful move, if you’re able, is to ask for help.

First, please get help for your physical and emotional safety. The Kickstarter will wait until you are strong enough to takes steps to address your situation.
Friends, family, or a trusted internet community can all provide a loving outside perspective and help with the work needed to recover from the situation that you’re in. You don’t have to figure out everything yourself.

If you find yourself without a community around you, that’s OK too. Today doesn’t need to be the entirety of your life. Reach out where you can and let the community find you. You aren’t the only person that has struggled to create art and failed. People want to share what they’ve learned and help point you towards the light.

Do your best and be as OK as you can with the results.

Where Do We Go From Here?

Kickstarter can be a wonderful platform where projects that otherwise might not be commercially viable have a chance to thrive. It’s not perfect, but we have the power to make it better.

More compassion, honesty, humanity, and understanding are a good foundation to build from. Remember that we are all people that love games and want to see our hobby grow and flourish.

What do you think we can do to better support creators that find themselves in crisis? How can we build better community interactions when things go wrong? Should there be more tools in place to support the Kickstarter community as a whole?
_____

Suicide prevention starts with recognizing the warning signs and taking them seriously. If you’re thinking about suicide, please visit https://suicidepreventionlifeline.org/ or call 1-800-273-TALK (8255) in the U.S.A. or visit http://www.suicide.org/international-suicide-hotlines.html to find help in your country of residence. The world needs you.

6 Responses to Kickstarter, Kindness, and You