Keeping Interest During a Busy Spell 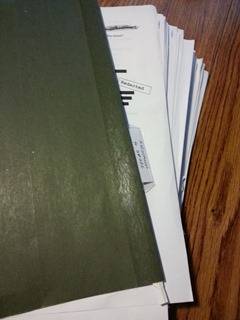 Lately I’ve been a little busy at work. You see, I don’t have full time employment. Instead I work a handful of part time jobs. A few weeks ago one of my coworkers had an emergency and I had to pick up as much extra work to cover their shifts as possible. I managed to cut back at a few other jobs and add hours where they were needed, but my schedule was very tight. Then a coworker at another job moved on to a better opportunity, leaving me to teach 5 classes. (To be fair it’s 5 sections of 3 classes so I only prep for 3 classes. I just do 5 classes worth of teaching and grading, none of which I get paid for.) And then our grade book software went down for 2 weeks. So for the past few weeks and for the next few weeks I’m working in excess of 70 hours a week. I’ve had to cut back in other areas. I have some freelance gigs I’ve had to cut back on, and my sleep and leisure schedule is all out of whack, but for now the center is holding and the end of this schedule is only a few weeks away.

Of course this means that I haven’t been doing any prepping, running, or playing any RPGs. It’s just as well, while I was very excited with my last game player response was lackluster, so this is an opportunity to re-evaluate and rework. However, I have found that my enthusiasm to get something going is still high. I attribute this to the fact that during occasional downtime I have been skimming the Dragon Magazine Archive. (Thank goodness I bought mine in 1999 when it didn’t cost over $150.) While the content isn’t always 100% applicable to something I would want to run, the key is that there’s a few things every issue (and probably a few more if I read more carefully) that catch my attention and make me want to go search Amazon for books from the 90s or print out the articles and stick them in my GMs binder or what have you. In this same vein, I have put together a brief list of activities that can be done in very little downtime that, like reading old gaming magazines, will help you return from your hiatus ready to jump back into the game.

1 Response to Keeping Interest During a Busy Spell