Johnny’s Five — Getting The Most Out Of Fear And Wonder

Many stories have elements that defy description, moments that push characters outside their boundaries and take them into a place of the unknown. What is it that makes ghost stories and mysteries truly scary and interesting? What makes an awe-inspiring moment in a story truly wondrous? Slasher flicks are all about the jump scare, but once the adrenaline wears off the fear, and all the interesting stuff — narratively, just goes away. Movies and stories where something from beyond occurs, or a being of incredible and unknowable power shows up, often fall flat because they rely on special effects to create the feeling of wonder. When it comes to gaming, capturing a feeling of fear or wonder around something is even harder. There are a few things you can do to make moments of fear and wonder stand out at the gaming table and have impact. 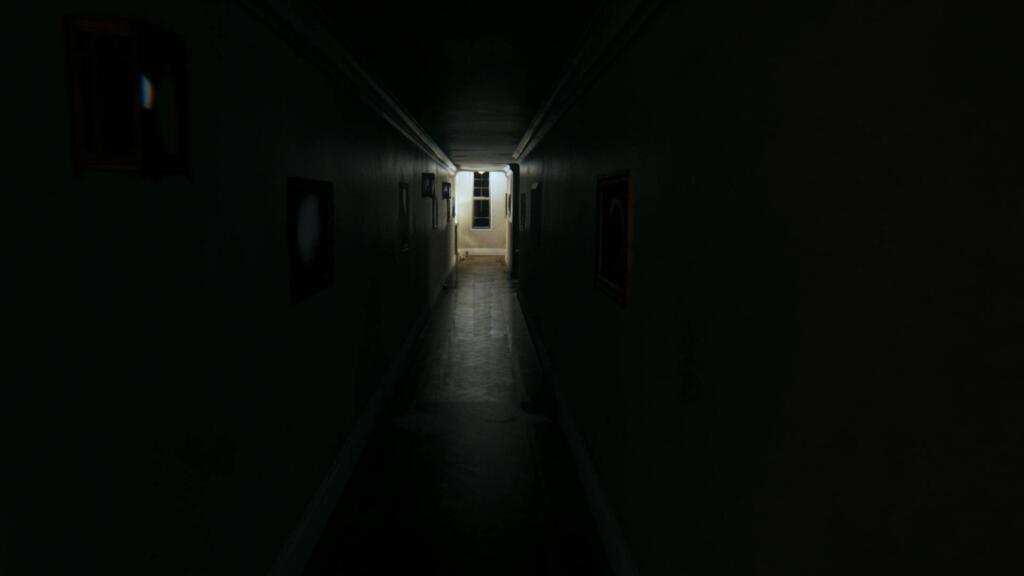 Chief among ways to get moments like these to stand out is to embrace the aspect of the unknowable. Neat and simple packages like “It’s a vampire” come with a set of rules that can be worked around and manipulated. When put before a group of gamers, already given a static set of rules to define the world, they immediately begin to think of those elements you want to make wondrous in terms of the rules. You have to work to make those moments unknowable. Rarely use names and easy to grasp concepts. Having the characters hunt down a ghost brings up thoughts of Ghostbusters (along with the jokes) and also has mechanical elements that are easy to grasp. Find other words that have less definable meanings. A Spirit has broader connotations than a Ghost. A Spirit could be the soul of a dead person, a creature from beyond, the spirit of the forest, or something else with less defined aspects. Any place you can call something by a different name or represent an element with something less easily defined, you can create moments of the unknown. The spirit’s attack “pulls at your essence as its ephemeral claw passes through you, chilling something deep inside and causing a shiver to run through your soul” is a better way to describe the fear effect of the monster than in terms that are easily graspable. It enhances the game and makes the moment more memorable.

Small Steps That Lead To Doubt About Reality

One of my favorite sentiments in most of the urban fantasy books by Charles De Lint is that when something supernatural occurs to a relatively normal person, their life is changed forever. The fact that they believe the world works one way is shattered. The idea that they could open their front door, and instead of the normal front lawn or city street they know, the world could be completely different. These moments of doubt are essential to creating those feelings of fear or wonder, especially in games where the characters do incredible things. The prospect of killing a Dragon is incredible in real life, or even that an Orc could actually exist, but in a standard fantasy game world it’s just a Tuesday and an appropriate level away.

To get a group of players to see the wonder and fear of something that you want to make incredible, you have to make them doubt the reality they know a bit. Unfortunately, they also get to see the framework that builds up that reality. Seed the moments leading up to your incredible moment with things that put them off balance. If they are meeting with a fairy lord and you are using the mechanics of the characters being teleportation to get them there, hide that away behind a curtain of doubt. Narrate them walking along with one foot raising from the cobblestone of the city and the next step being on a mossy plain. Don’t phrase it with whatever effects of the teleport, and don’t bother explaining it as just a thematic wash over the mechanics, merely tell them that is what happens and their characters don’t quite understand it. Even if the mage in the group is familiar with teleport and wants to make a roll to determine what happened, play off their knowledge as essentially correct, but with room for doubt. “Yes, you seem to have moved between two places, it was probably magic, but it didn’t feel like a teleport. In fact, it was smoother and almost unnoticeable.” Crafted like that, while being careful not to remove player agency, puts the power of the fairy lord into a place that exists outside the known rules, making him a much more wondrous, and fearsome being, even though it was the same mechanic the players might have access to.

The scary and wondrous unknown is always just beyond reach, unable to be affected. It is tied to the past, the land beyond, somewhere else that isn’t just around the corner. The backstory and supporting elements of these kinds of moments come from them being outside of the reach of the person trying to understand them. If my sink breaks, I can go find a manual or online instructions to fix it, or hire someone who knows how to do it, or even intuit it myself with a bit of poking and prodding at the problem. Your scary and wondrous moments should never be broken sinks. Their solutions should never be within easy reach, because the moments themselves come from someplace beyond the easily graspable.

Â Your scary and wondrous moments should never be broken sinks. Their solutions should never be within easy reach, because the moments themselves come from someplace beyond the easily graspable.Â
Think about how easy it is to get to the answers that solve mystical or alien issues, and determine different paths to resolution that aren’t as simple as a roll or getting the right type of weapon. You should always make sure the players know there is a path to resolution, but work it so that it isn’t a straightforward path, but moments of discovery that take them to places beyond their ken.

Hit Them In The Feels

Wondrous and fearful moments often have some personal connection. Even in the simplest moments of fear, this is a lack of control, a lack of ability to command the world and make it safe within the limits of risk you are willing to take on. A cyberpunk character with a gun has certain risks they are likely to face in a game, mostly being shot at. A hacker character knows they risk being caught. Work outside of these accepted risks and target things the characters (and by extension the players) care about in their characters. Some games are better at providing these moments, but finding things not on the character sheet are great ways to hit the feels.

If a character has an extensive backstory written about a sister they protect, that sister has fallen into the category of game acceptable elements. It won’t work as well, because that is already entered into the concept of the character. If instead, the backstory gets created at the moment the spirit-beast’s black claws rip through the character and create the fear effect, the player is building new story (and new neural pathways) that they have to suddenly figure out how to internalize as part of their character.

GM: The black, icy claws slide through you, leaving no scar but chilling something deep within. Hey, what family member is Zaira closest to or was?
Player: ummm. Uhh.
GM: Just make something up. Name, hair color, eyes, age? Just a couple of details.
Player: Ok. Umm, Corwin her brother, brown, blue, about 12.
GM: Cool. As the claws pass through you, somewhat transparent with wisps of shadowy stuff dissolving off of them, you feel like you are trying to protect Corwin, kneeling and arms wrapped around him, when he suddenly dissipates and dissolves into thin air. That image sits in your brain as the claws leave your body.

Target things outside the character-as-written-on-the-sheet to really get the emotion going. Give the player a benefit for taking on this emotional burden and coming up with stuff on the spot, like extra xp or a bennie, but make your moment “attack” something that isn’t already defined, something that stretches deeper.

Don’t Reveal The Mechanics Until The Last Moment

The advice underlying much of the other four points, don’t rely on mechanics. Mechanics are… mechanical, they operate with defined rules, and moments of fear and wonder don’t. Part of the thrill of the unknown is that it is unknown. The moment you know how to handle a ghost or the alien entity with godlike powers, is the moment you stop finding it wondrous. That can be good though, as that is the moment you know how to defeat it. The lore of ages that reveals the weakness, the brilliant idea that the artifact can be turned into a weapon to defeat the god being, the fairy lord’s true name. Even if done in a narrative game or the meta-space of a crunchier game, these are rules that can suddenly be understood and used to benefit.

Hold off that moment as long as you can, then use it to give the PCs all the confidence and surety they lacked earlier when the moments were truly scary and wondrous. Sure, it means subterfuge, guile, and a bit of “Cause I’m the GM and that’s the way it works”, but that is somewhat necessary to break the shackles of the known and make the unknown an undefined variable.

What scary or wondrous moments have you had in your games? How did you achieve the results? Did you use mechanics or narrative to get those moments to shine?