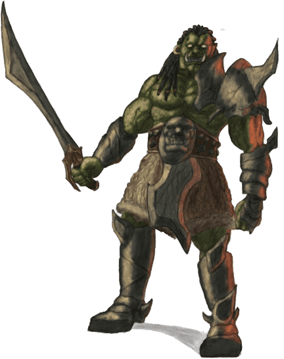 Â  Sometimes being a Game master feels like being in a five on one bar fight, with every other person in the fight having had time to workout and prepare for it for the last 3 months. Games are often weighted towards the players, providing many more options and possibilities for the players than there are for Game Masters. Most splatbooks and setting books provide new powers and skills for players, and when it comes to new combat options for Game Masters, the scales are fairly often tipped against the Game Master. This all leads up to one important thought:Â  Players have it good if they want to build a combat haus* character. Characters that are geared totally for combat can sometimes make it hard for GMs to provide adequate challenges, especially when other characters aren’t as combat oriented. Well, to help with this all too common conundrum, here are five tips for dealing with Combat Haus characters.

Ok, final thoughts. Creative thinking in combat is the moral of this story. Combat should be fun, not one sided on either end.Victory after a challenge always feels better than realizing there was never any threat. At the same time, just kicking butt against enemies far too weak doesn’t provide any real sense of worthwhileness to a character’s build.

What techniques do you have for dealing with overpowered combat oriented characters? Do you treat them any differently than regular powered characters? How does their presence in a party affect the party balance in your eyes?

*Why do we call it a haus anyways? Doing a bit of basic research, I can only guess that the slang term is derivative from the German Haus, which means house, but I can’t really trace the etymology. Can anyone shed any light on this?