My room-mate and I often take a night or two a week to watch through episodes of some series together. This is the closest either of us get to watching “TV” in the traditional sense. Our latest effort, House Of Cards, is a series on Netflix that deals with Francis Underwood, the current Majority Whip getting passed up for Secretary of State and using his influence and power to destroy hisÂ WashingtonÂ enemies with politics and backstabbing. It’s a great series and got us talking about how hard it is to run an intrigue-based game. They take a lot more player buy-in and a lot more effort on the part of the Game Master. But they can be so rewarding. So, here are five tipsÂ I’veÂ got for making your intrigue based games go smoothly.

1. NPCs & Keeping Track Of Them — Intrigue based games are all about connections and the issues going on between important entities. Making sure that the players know who else is out there is very important. The most simple thing I can recommend is sharing your NPC 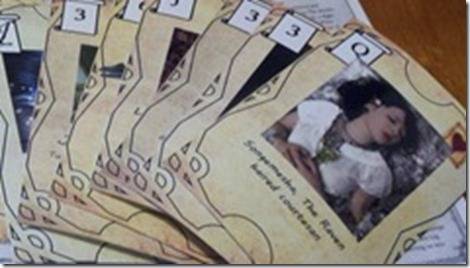 list with your players right off the bat. If their characters are supposed to know the movers and shakers of the setting, then the players need to be able to keep track of them. You can always rule that they haven’t met everyone yet, or have them make a roll to see if they would know anything about the important NPCs who populate the world. You can write down the basic information like this: “Sasha — The seductress who is known to keep the king’s bed warm at night when the queen is away. Dark hair, petite, sharp and cunning face.” and then have it available for them to hear as a rumor or to know because they are important. I did this in one game with mock playing cards that I printed at a drug store photo kiosk for about 20 bucks. It made sure the players could keep track of the NPCs and make notes on the backs of the pictures. Making a flowchart of character relationships can also help keep things under control when you are wheeling and dealing with a lot of characters.

2. Main and Dirty Characters — Watching House of Cards, I realized there were 2 classes of people interacting in the story. The Main characters who were doing the dealing and plotting, and the people who were doing the dirty work on behalf of the main plotters. Depending on the style of the intrigue based game, having multiple characters per player can allow for some interesting options. Each player can have their intrigue character who runs the show, while they also have a dirty character or characters who go and do the work on the streets. This lets you have characters that are suited to the tasks they do and not have to divide resources or multi-class so they can handle everything. This somewhat works against an adventuring party type of game, but it works really well for a more individualized game. The main characters are the ones the characters play for most of the time, but then they have their special ops people to go and “convince” uncooperative parties or steal the information that is needed.

3. Individual Sessions, Then a Big Group Session — I used this to great effect in one game. I would talk with the 3 players over the phone or in person over the course of two weeks. Then we would all meet and have an actual session where their plans came to fruition. If the session had them still interacting, I would just call for another group session. If they needed to enact individual plans, I would go back to individual sessions. Our schedules were pretty flexible, which was a plus, but this could be done easily with online play or short sessions before a main game. It helped with the non-spotlight players not being bored while someone else did their thing.

4. A Calendar/Timeline To Sync Up Events — 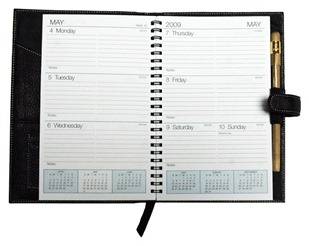 Even if youÂ aren’tÂ doing individual sessions, high intrigue games tend to get a lot more individualized with different plans being enacted at different times. Buy a day planner and make notes as to what goes on at what times. This serves as a record of events as well as a way to keep track of when players plans go into effect. It has the added benefit of being a great thing for a non-gamer friend to find and wonder about your secret nightlife. It works best for modern games, of course, but you could use an app or create and print aÂ day plannerÂ with all the day and month names for a fantasy game if you felt inclined.

5. Make It Like A Board Game As Much As Possible — This one is more a final piece of generalized advice, but it can work really well for an intrigue based game. Try to make the game as much like a board game as possible. Intrigue games are complicated and they take work, so keeping track of all the elements is much easier if the players have cards and tokens, and other elements to help them stay on target. If the players have a physical representation of their political capital (chits in a cup that only they know the number of) and they have to transfer it to get favors, then they will gauge their actions more carefully. If they have cards that mark the favors they are owed and their details, or they have to give a similar card to the GM or another player when they owe a favor it makes it easier to keep track of things. It also provides a nice tactile sensation that mimics handing a piece of your character over to someone. Any element that can become physically represented can help players keep track of things and stay invested in the meta-game that often goes along with intrigue games. The caveat to this is that itÂ shouldn’tÂ be a detriment to your game if itÂ doesn’tÂ fit the style. If the players are special ops dealing with nobles, then chits with political capital might not work well and just be a distraction, but cards with favors and blackmail info might.

High Intrigue and heavily political games can be very fun with the right group of players, but they take a lot to run. Hopefully these tips spark some ideas and help you out if you are running a heavy intrigue game, but I’d love to hear what you do when your games verge away from the dungeon crawl. Do you have any special tricks you use? Do you tend to avoid intrigue games because they are too complex?