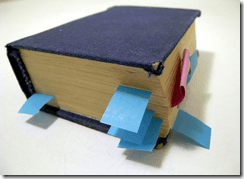 As Game Masters, I think we’ve all been in the place where we get wrapped up in creating a world or game with an intricate backstory or lots of details. (When I refer to backstory throughout the rest of this article, I mean the intricate details that surround a world or campaign. ) Whether it is the detailed story of the intricate social-politcal relationships at court, the involved history of how the alien races came to be involved in the millenium long war, or just the intricately detailed NPCs that populate a city, even the most improv heavy GMs can get down with creating reams of backstory. The problem is that players often give these intricate and lovingly crafted details the shrug off in favor of more character centric things. So how do you come to a nice medium that gets the players engaged with the backstory? Here are five things that I’ve done or seen done that work pretty well.

Use Broad Strokes — Detail is the death of interactivity. This might sound harsh, but if your players wanted to read a book instead of playing a game, that is what they would do. If you present your players with a 300 page world history, most of them are going to start zoning out. Think about what happens when players start making characters from a publishedÂ  sourcebook. The majority of them pick and pry at the elements they find cool and figure out how to make use of those. That’s about the only thing they really read in-depth. “Sweet picture of an airship, how do I get to pilot one of those!” “That class gets to use Jedi mind powers without being a Jedi? Hell yeah, let’s read more!” They go through the book in this way and grab the bits of the backstory that are important to them. Your homegrown world or story has to function in this way as well, and too many details that aren’t relevant will turn the players off. 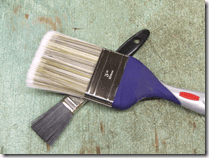 When you sit down to write up the war of a thousand years, start and stick to the broad important ideas. Don’t get too bogged down with the way the elven prince was snubbed and why he sent an assassin to kill the human lord, focus only on the fact that he did. When you paint with broad strokes, you leave room to add the details in later. This idea leads right into the next one…

Chronicle In A Way The Players Can Connect To — When you come to the table you come to game, and your attention isn’t on the backstory of why and what caused the current event, but on the event going on in the game itself. Backstory should be in the background but accessible. That way it can sprout up in your game when it is important. No matter the medium, your backstory has to be accessible to the players when they read it. There are a few ways to tweak the presentation of these elements.

Build The Backstory, But Build The Characters Into It — Ok, so you’ve built your 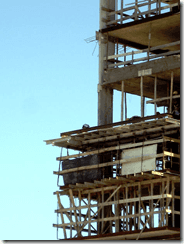 backstory in a way that the players can connect to and you haven’t overburdened them with details, but you still aren’t seeing the investment you’d hoped for. Maybe they need a reason to be connected. You don’t want to force them into the backstory, but you can help them incorporate themselves. After describing the basics of the world or the story, ask the players to write up their own backstories, but ask them to use generic descriptors instead of names. You can then take that backstory and weave it into your overarching backstory with details that act like sutures holding two pieces of skin together until they heal. Have your players give you a backstory that looks like this:

“So, Sajeren used to be a pilot for a rebel army’s pilot squad. He came from a small farm planet and always wanted to go off and join the big army, until they went and caused a big massacre and killed his brother, Marcus, at a prominent battle. He saw how bad they were and decided to join the rebel army. However, he got kicked out for being unable to follow orders. He really just had an issue with his commanding officer.”

“So, Sajeren used to be a pilot for the Anterian Army’s Barking Bee’s bomber squad. He came from Anterios, a small farm planet in the quadrain sector, and always wanted to go off and join the Dranzer Empire’s Universal Navy, until the Battle of Reimos, which many call a massacre because of the use of germ warfare and mercenary soldiers.Â  It was at this battle that his brother Marcus was killed. He saw how bad the navy was and decided to join the Anterian Army. However, he got kicked out by Major Allison, for being unable to follow orders. He really just had an issue with his commanding officer, Major Allison who later turned out to be a traitor and spy for the Dranzer Empire. She now holds the title of Sector Admiral, Second Class and runs things from her flagship, the Matronia. There is a small resistance group working out of an asteroid base in the system. Sajeren might have friends who are now transferred there and are looking out for Admiral Allison.” 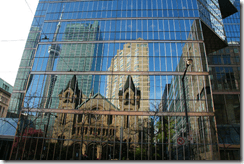 Ask the player if the changes are okay, let him revise them and you’ve now got a player who is engaged in the backstory with a few plot hooks they can follow and not a lot of work that they had to do. Give them links to the detailed entries in your wiki (or the hardcopy of the backstory) and they’ll start building the backstory into their character’s mind. This strategy will require willing players who have some idea of their characters, but if they are up for it you can turn the framework into a well fleshed world-integrated character. BE CAREFUL not to step on toes or try to control characters, use what they give you and only change the names. With a tactic like this, the player should always have final say.

Provide Mechanical Benefits To The Backstory — One way to get the players engaged is to provide mechanical benefits that are backstory specific. You might make thematic changes to powers and abilities, create your own versions of new classes or jobs, and provide these to the players. Perhaps you can provide some free powers or traits that tie in to and help the players engage in the world setting. The players might not use the world or story specific powers, but if they are something extra that the player didn’t have to give up other options for, then they will find more value in them. If you don’t like the idea of reskinning already existing abilities or creating your own, provide XP bonuses for backstory integration or use. Some players are there for the mechanical side of things, and if you provide them a mechanical element that is tied to the backstory, they’ll have a reason to engage the backstory within their own particular play style.

Build The Backstory Together — One thing that I particularly like to see is when the players and the Game Master build the backstory together. This won’t work well for a Game Master who already has a big backstory in mind, but it will create something that all of the players can engage with. It will also eliminate a feeling of control on the Game Master’s part, which is good. Without that feeling of someone else change the paradigm of your story, you can feel more at ease with the epic and unexpected changes that are going on at the table. You can make use of world building games like Dawn of WorldsÂ  or Microscope. Games like this turn the art of world or history creation into a collaborative game. They can make for a very interesting trifecta -Â  Group World Creation, Group Character Creation, and then the actual game where the players are incredibly involved and connected. Building the backstory together definitely changes the paradigm, but I think it’s worth it for a trial game.