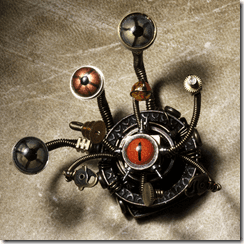 I just recently got back into a game of D&D 3.5, a short game run by a friend before we start a new campaign. My friend (fairly  new to running a game) setup a fairly complex horror themed plot. There was some necessary railroading, which he mentioned beforehand and got our buy-in for, and it worked out fine. Due to circumstances beyond his control the game (which was intended for 2 sessions) became a one-shot with a short formed ending. It was a great story that had too many twists to fit a one-shot. Talking about it afterwards, we all agreed that it would have worked better as a Mini-Series campaign, 6 or 7 games with a definite ending. Not a one-shot, but enough room to get a good detailed story in. There are a lot of things recommending the mini-series campaign:

A good structure for a mini-series campaign is 6 to 8 games. I personally prefer the 6 game setup for a short campaign and the 8 game scenario for a campaign with one or two sub-adventures or sidequests thrown in. This lets the campaign be broken up into 3 or 4 sections with a definite beginning, middle, and end.

1 – 2 sessions in – Backgrounds and character entrenchment, initial encounters that are "easy" wins, or situations that setup the main story. These are the games where the group establishes their new characters and gets most into the game’s story.
3 – 4 sessions in – The discovery and the juicy bits. This is where you make the plot matter and the PCs get to effect it. While the plot will be introduced in the first two sessions this is where the PCs really get to interact with it.
5th session – The beginning of the end, the climax and anything that precludes the main fight/end scene. This is where the players know they are getting to the end and gear up for it. Their hardest, most meaningful fight is ahead and this is the penultimate session where they take their first steps towards the end, for good or bad.
6th session – The end scene. Everything happens here. The PCs face the BBEG, they save or let down the town, the dragon is fought, etc. This is also the session for resolution. The personal plots that are important to the PCs should be wrapped up in this session.

So what do you think about the mini-series campaign? It certainly isn’t a new idea, but it is one I think a lot of Game Masters overlook when planning a new game, even when running from a published adventure. Do you run your games like this or does it feel too short or too long to accommodate your campaign ideas?

(Awesome Steampunk Beholder Mini Image Here / CC BY-NC 2.0)
This post is brought to you by our wonderful patron Doug Raas, supporting us since July 2018! Thanks for helping us keep the stew fires going!