It’s Your World Too 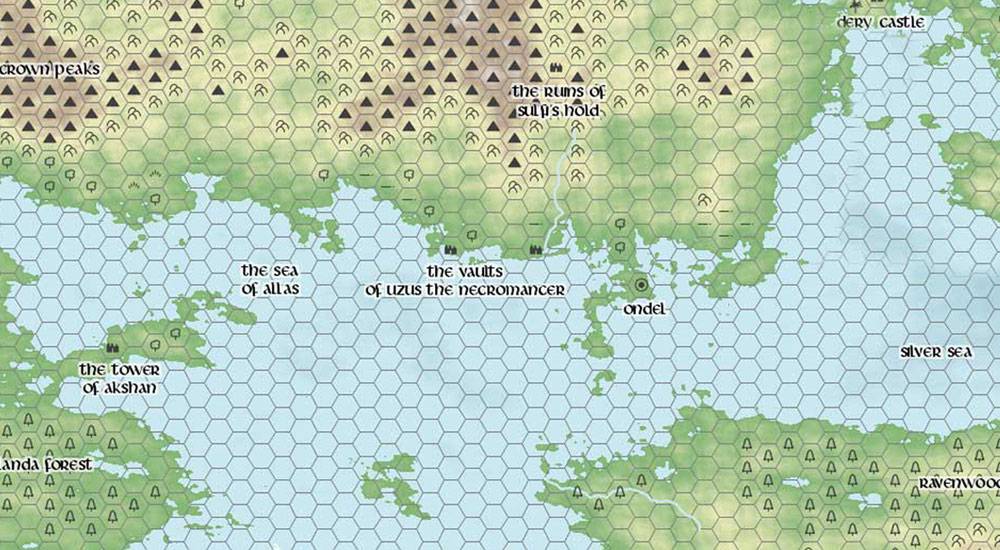 Today’s guest article on worldbuilding is by Patrick Regan. Take a trip through the process of collaborative worldbuilding and check it out! – Journeyman John

The image most people have of GM’s is of a man with a screen, a private set of dice, and a notebook or binder full of scribbled notes, maps, and monsters. This notebook is the world the players are going to romp through, it contains all the secret knowledge, the geography, and the history. It’s the GM’s property and responsibility.

What if it didn’t have to be?

Gnome Stew has spilled a lot of ink promoting a more relaxed, slightly improvisational style of gameplay. No plan survives contact with the enemy, and your players WILL think of something that throws all your planning out the window. What I’m suggesting takes that a step further.

Let them make the world.

To Have Control, You Must Relinquish It

Or: why the hell would I let them do this?

What I’m suggesting takes that a step further. Let them make the world.
Share32
Tweet13
Reddit
Email
The answer is that it actually gives you more control than you realize. When you give them a hand in making the world and the characters, people get invested. I don’t know about you, but I spend a lot of time working to get my players invested, because without investment, nothing wondrous will come of the game.

And this is true no matter what your definition of “wondrous” is! Strategic upsets, character defining stories, or the greatest Fighter build ever – none of it matters if you don’t have a reason to care.

If you let them build around the edges, to fill in the small gaps for you, you can free your mental energy up for what truly matters. By letting go of control, you will find that you actually have more ability to shape the outcome, because you have a conversation instead of a fight.

This is all well and good and, let’s face it, something you’ve heard before, but the real trick has always been implementing it. Some games have it built in: Werewolf: the Forsaken 2nd ed’s Pack building system is basically telling the players “You make the NPC’s, I’m going to have a sandwich”, while the FATE system is basically built on the idea.

However, for gamers who aren’t familiar with this form of play, it can be a bit of a leap at first. Far too many times I’ve invited my players to tell me who their Allies are, or describe what their magic looks like, and gotten surprised faces. Some people are, of course, more accustomed to improvising and being on the spot than others, but I think there’s also a shock that this is something a person could do. What if it goes against what’s in the notebook? Here’s where a little secret my brother taught me comes to fruition.

My brother is actually the inspiration for this article (hi James!). He told me a story recently about a 5th Ed DnD game – his players were in a large city, and the rogue wanted to visit a weapons shop.

My brother said “Okay, what kind of weapons shop would your character be looking for?”

The genius there? He phrased it as an in-character idea. Players already have implicit, understood permission that their characters can take whatever actions, have whatever preferences they want. And the implication in that question is that there’s some set list of weapons shops somewhere, and they’re simply selecting the one their character would like.

James, of course, has no such list in his notebook (at least I assume he doesn’t. Do you little bro?) He was waiting for the answer — somewhere that has a good dagger selection — to build the weapon shop from there. What kind of shop specializes in daggers? Probably somewhere in a bad part of town. Somewhere you might need a secret knock to get into.

Or maybe it’s the fancy part of town, where dueling daggers and dueling sabers can be found – well-lit, attended by people who make more in an hour than you do in a year.

Which one? Again, this is where you can tease out with my brother’s technique.

“Is he looking for dueling daggers or nasty effective street daggers?”

And so on – remember, it’s always about what the character wants to do. Eventually, they may get so used to the technique that they’ll start doing it on their own. Which of course leads us to our last topic…

Always say yes. Except when you don’t.

If you read this blog, you’re no doubt familiar with the axiom of improv: “Yes, and”. The idea being that you never want to shut anyone down, you always want to agree and spin-off.

This is an excellent axiom, and it’s one you should keep in mind 90% of the time.

We need to address the other 10%, though, because it is possible to go too far in “Yes, and”, and fortunately, it’s almost always the same thing. Have characters build worlds, build characters, establish ideas – all the better if there are systems for it.

What you shouldn’t let them do is take away the agency of others in the process — you wouldn’t allow them to decide another player’s actions without that player’s permission, and the same applies to you. You’re a player at this table, tasked with playing the rest of the world. You can, and should off-load that responsibility to others, but this is still your world – they don’t get to dictate a character’s responses, put strategic advantages where there wouldn’t be, and rewrite history.

It is okay to say “No” in this instance, and you shouldn’t be afraid to stand up for yourself – you’re a player too. But always try to turn it around if you can and ask – “What is it you or your characters are looking for?”

If you’re looking for more on this idea of shared world-building, I highly suggestion the following books:

Have fun offloading your work!

Patrick Regan is a writer, among other things.  When not writing screenplays about spooky things that go bump in the night and good people doing bad things, he pays his gaming habit as a freelance writer on gaming, film and TV, cooking, menswear, and ADD. He can be reached on twitter at @underwoodfive and at the website he promises he will eventually get around to building. 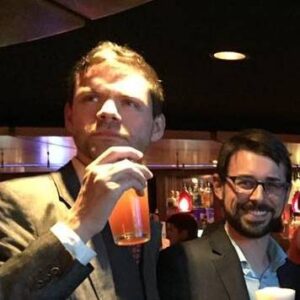 Imp of the Perverse Review

2 Responses to It’s Your World Too