Is There Hope for the Worst GMs?

Asking “How does a bad GM get better?” isn’t a very interesting question, because the answer is simple: Keep at it, be willing to learn, and try to get better. 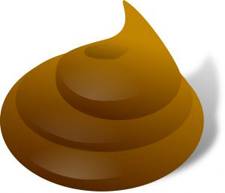 But what about really, really shitty GMs? Not just bad, but so bad that after gritting your teeth and clenching your sphincter for four hours in one of their games, you just want to scrape your face off with a fork — is there any hope for them?

If you play a session with a GM like this, are you obliged to help out the greater gaming community by giving them some constructive criticism? Should you tell them how much they suck? Give them a link to the Stew?

Or should you, as I suspect most of us would, just never play with them again — leaving them out there like an unexploded land mine waiting to trap the next unsuspecting schlub who comes along looking for a game?

I’m certainly guilty of that. Life is too short to waste on crappy games, and in my experience GMs this bad — not merely so-so, cocky, or otherwise less skilled than is ideal — are reasonably likely to be chock full of personal issues that give me the howling fantods. I usually flee, never to return, and if the real issue is that I think the GM in question is just a creepy and unpleasant person, I don’t feel the least bit guilty about that.

But I’ve also gamed with my share of awful GMs who seemed like nice folks, and that’s murkier territory. Fleeing is no longer clearly the correct approach, and my greater-gaming-community spidey sense starts tingling a bit. I wonder if I should have stuck my neck out and tried to help, but I also wonder whether my “help” would have been welcome.

Things get murkier still if said GM is one of your friends, as opposed to, say, someone running an event at a con who you’ll likely never see again. (Note to friends who read the Stew: No, this article isn’t inspired by anything that’s happened or is happening in our games! It’s just something that hit me while I was in the car.)

There are blueprints for kicking out a player, but I’ve never seen one for dealing with a godawful GM.

Do you have a responsibility to try to help them improve? Can you abandon them guilt-free? Is there a certain approach to providing constructive criticism that’s more likely to work in this situation?

I don’t have the answers, but having thought of the question I’m now deeply curious to hear what others think about this topic — it’s a real head-scratcher, at least for me!

12 Responses to Is There Hope for the Worst GMs?