Intro to Israeli Theory – Everyone is a GM 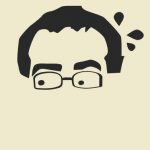 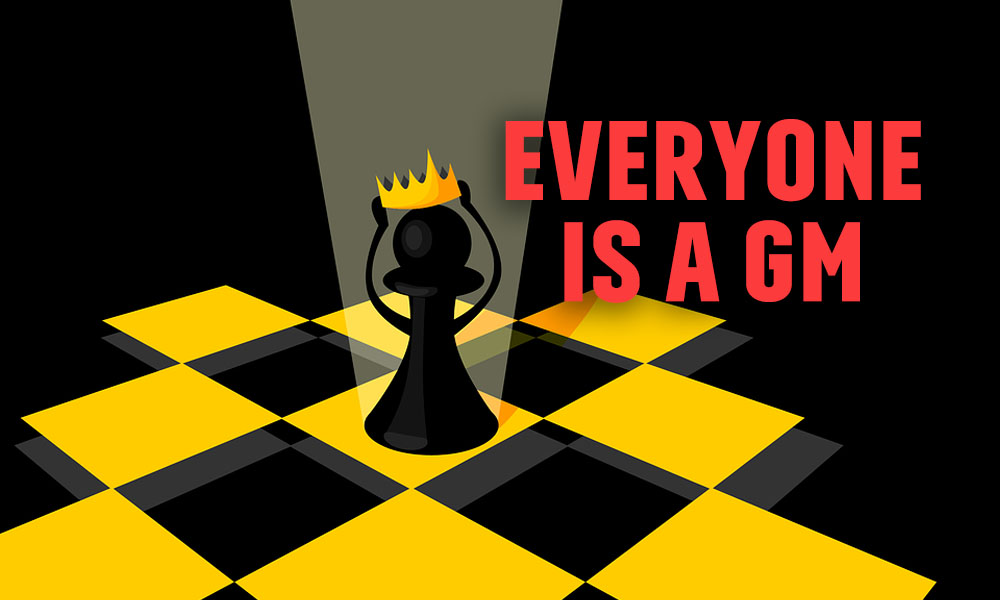 This is the second article in a series on Israeli RPG theory. The first article in the series is “Your character does not exist“.

When a GM utters these three words, we all know what happens: the atmosphere around the table changes; players who were looking at their phones or building dice towers turn to focus their attention back on the game; everyone makes sure their dice are in reach; and everyone now hang on the GM’s every word. There is a noticeable shift around the table, and the game changes in a meaningful way, all with three words.

Let’s look at another well-known gaming moment: You’re at the beginning of an adventure, in a “get yourselves geared up and healed for the next dangerous dungeon” town, when one of the players declares “Well, I’m going to get drunk at the tavern”. The atmosphere around the table changes. Some may begin to giggle, others roll their eyes in despair, and the GM is frantically trying to figure out how to salvage his plans for a dark and moody adventure.

In both cases, a participant in the game created a big change in the shared experience with relatively little effort. Usually, we tend to think of the actions made and words spoken around the table as mostly being used to describe the imaginary world or the unfolding action, but in this case, a participant used words to do something else entirely: They set expectations and delivered a powerful message about their intentions and opinions. They forced others to adapt to a slightly (or significantly) different game.Â

Â If someone did something and as a result there was a significant shift in behavior, that (probably) was a guiding actionÂ

Gamemasters and players alike push and pull the game in that manner all the time. This might be planned or unconscious; selfish or thoughtful; broad and sweeping or small and barely noticeable. We refer to these actions as “guiding actions” (also presented in this podcast episode). This is the catch-all category of actions that serve to guide the game and its participants, in a manner that has a powerful impact on the game experience around the table. It’s hard to exactly define what a guiding action is, but we have a litmus test for one: If someone did something and as a result there was a significant shift in the behavior of some or all participants, that (probably) was a guiding action, intentional or otherwise.

Making a deliberate guiding action is useful when you want to create a drastic and immediate change to the current state of the game. In the first example (“roll for initiative!”) the guiding action was rules-oriented, or more precisely Game Space–oriented (the term “Spaces” come from a different part of our theoretical writing, which we might expand upon in the future). The second one (“I want to get drunk in the tavern”) was an attempt to push the narrative in a specific way, or in other words, Imaginary Space-oriented. But there are other, more subtle ways to achieve a powerful impact on the game without ever touching the rules or the Imaginary Space. It’s a bit more tricky, but when executed well – it’s magic.Â

Imagine your PCs are going to meet a snobby elven noble. The atmosphere around the table is cool and fun, as you all just had a good laugh about a hilarious goblin NPC you portrayed. You’re worried that the players will carry this light-hearted feeling into the meeting with the nobleman – and that’s not the atmosphere you’re aiming at. What can you do to drastically change the air around the table? You could describe or portray the NPC in a certain way and hope for the best, but perhaps we can make a more powerful effect, with even less effort? 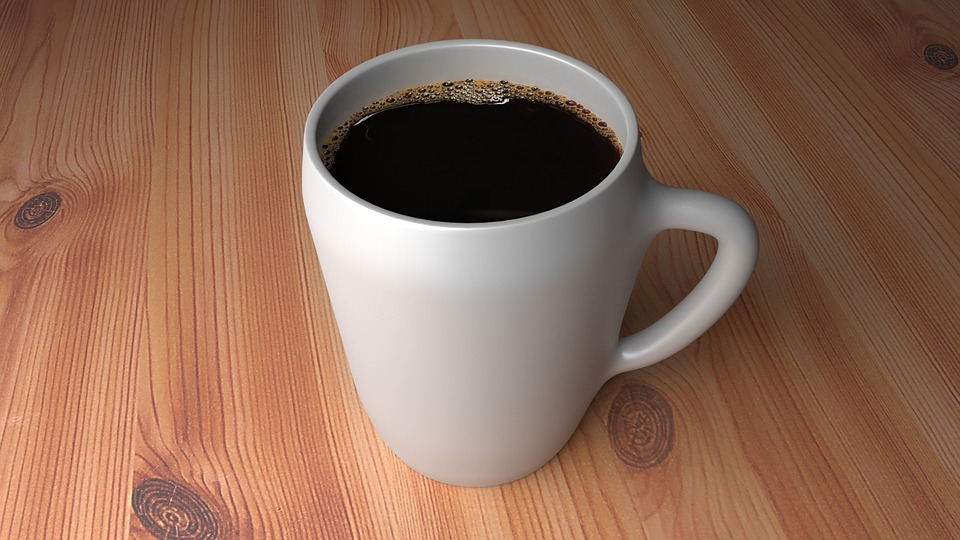 Making yourself a cup of coffee can be a powerful guiding action – if you do it right!

As the PCs enter the noble’s office, you get up, and go make yourself a cup of coffee, describing the room as you turn your back to the players. That’s what you’ll be doing during the entire conversation with the NPC. You’ll shoot short answers at them, only slightly turning your head, keeping your back at them. You have thus created an air of superiority without uttering a single word, perhaps without the players even realizing it. And when the PCs mention some detail that catches the elf’s attention – then you’ll sit down and look them in the eyes again, building on the established dynamic from before and pushing further.Â

After that conversation, the players discuss among themselves what it all meant, and whom they can trust. One of the players says that this NPC was totally trustworthy – “we should follow that lead.” Then you turn to another player, and ask with a hint of doubt, “That makes sense to you?” This isn’t an in-world description, no one in the Imaginary Space said it. It’s also not a “message from the all-knowing GM” – you’re just asking a question, sounding unsure of the answer. And yet, that player can not help but begin to have doubts. If any other player questions you about the NPC you wholeheartedly reassure them they’re totally sincere (the player can even roll for it!). But when that one player asks, you always hesitate before you answer. And so, that one player will have the seed of doubt in their heart. A feeling that… something is wrong.Â

As the players keep discussing a course of action, you notice one of them has an idea, but fails to get the others’ attention. Maybe the player is shy, or new to the table – they can’t seem to get their input. You could even outright say “let’s hear from you now”, although that’s too crass to my palate – I would prefer a more elegant approach. Alternatively, you can turn to face them. It’s an established fact in Social Psychology, that when someone turns to a silent participant in a conversation, one by one the others will look that way too, until within a minute or so the silent player will have everyone’s attention. This is an example of a guiding action that is literally just a physical action – shifting attention by shifting your body.

Everyone is a GM

Taking a second look at the examples above, one might wonder what’s to stop a regular player from guiding the game, taking control of the atmosphere, pace, and the total “feel” of the game around the table. Well, nothing really. While it’s true that the GM usually has more Imaginary Space tools at his disposal for doing so, it’s only part of the picture. A skilled enough participant is able toÂ  guide the game solely through the social and communicational aspects.Â

Because of this, I suggest a re-thinking of the role of the GM. We all recognize a general common denominator we expect of all GMs: as a social position that carries the expectation and the responsibility to guide the game (at least more so than the other participants), as the person who can veto anything in the fiction (the Imaginary Space), the one who arbitrates the rules, and more. These are all different roles, and while most people see them as belonging to a single person, they are not necessarily so. A great example for this is in how PbtA games dismantle the responsibility for creating fiction and distribute it between all participants, and note how much words these games had to spill on explaining this when the concept was first introduced. But in a similar manner, we would like to suggest that the responsibility of guiding the game, which we may call the position of the Guide, while usually believed to be at the GM’s hands by default, is actually in the hands of whoever is doing the guiding action, and that can be a player.

Let’s look at how this can work in play. Imagine an adventure where the characters are planning to go into a huge mansion (basically a dungeon – just like in Castle Amber). However, one player dislikes dungeon crawling. She looks at everyone and says “I think we can sneak in and do this in a smart way – just like in Ocean’s 11”. The player turns to the GM – “if only we had a map, even a partial one, of the location, we could make a plan. I’m going to ask around town if someone knows the architect of the mansion”. This player just guided the game in a completely new direction – the adventure will now be a heist, and not a dungeon crawl. Thus, not only the GM guided the game – but also one of the players.

If you are unskilled at guiding, you might find the game being guided (perhaps unintentionally) by someone else

Because it’s going back and forth between many participants, it’s probably best to think of guiding as a practice, and not as a role. When you sit down to participate in a roleplaying game, you can guide the game regardless of your “official role”. If you’re “just a player” you still possess that power. And you know what comes with great power. And if you’re the GM – don’t assume that just because everybody agreed three weeks ago it’s your turn to have that role, you’ll be guiding the game in practice. If you are unskilled at guiding, you might find the game being guided (perhaps unintentionally) by someone else.Â

Beware: guiding actions may fail. There’s no guarantee here. Sometimes you’ll try something and it’ll backfire. Also, there’s more to guiding than actions. There are other ways to steer the game to your desired shore. Choosing the right system, giving an NPC a certain personality, content design – guiding actions are just one compartment in your toolbox. But they’re a highly useful one, especially considering you’re already using them all the time. Whether you are “just a player” or not, whether you mean to or not, whether improvised or planned – you are guiding the game you’re playing all the time. So… better be aware of it – because even the adventurer at the back of the group can guide everyone to somewhere new.Â

(This article is a joint effort by a big group of Israeli RPG theory writers. It was graciously edited by the illustrious content editor Eran Aviram, with helpful comments from Haggai Elkayam Shalem, Yotam Ben Moshe, and Gil Ran.) 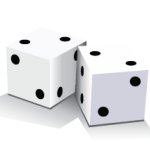