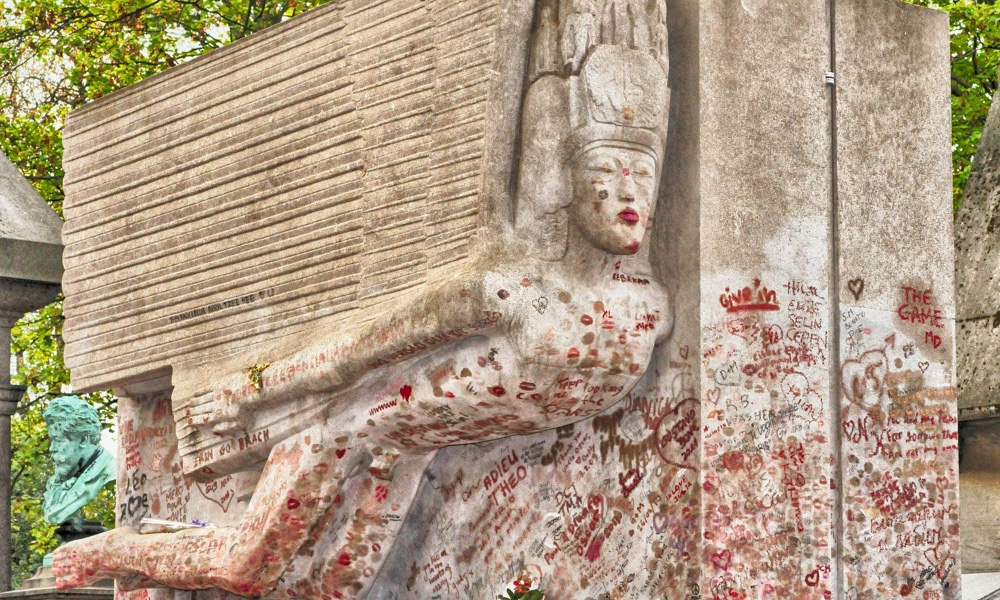 There are quite a few books and source materials out there to generate cities of all sizes and some of these even include the amenities or businesses that exist within the urban area. These are great skeletons to build details onto. You have to know that there are three bakeries in the city before you can determine that one only serves nobility, one sells horrible breads at rock-bottom prices, and the other makes more gold than the other two combined because they sell decent bread to everyone in the city that can afford it.

However, you don’t have to go into this great of detail unless you really want to. This is, quite honestly, overprep. Unless there is a plot point to the quality of the bakeries, what they sell, who they sell to, and how much they charge, I wouldn’t go into that much detail.

The most important detail that I think is important is the name of the establishment. A location or business with a compelling name can be a great hook into adventures, quests, plots, or just some good, fun history and flavor about the area. I learned this from a critique partner when he was giving me feedback on a city-based, sword and sorcery novel. I had a line that read something along the lines of, “Aell and Stiles ducked around the corner and ran between two buildings to escape the Gray Watch.” His feedback was to name the buildings to give the city a deeper feel of being lived in. He was right. I ended up changing it to something like, “Aell and Stiles ducked around the corner of Markel’s Tea House and ran between a nameless warehouse and Weasel Fur Taxidermy to escape the Gray Watch.” By adding in two named businesses, I’ve created two NPCs, two places for the characters to possibly do business, and added a whole lot more depth to the city.

Streets are key in travel around the city, and they should be treated with the importance they deserve. The names should have meaning, be descriptive, or used to honor someone important to the person/people building the street. For example, there is a very long street in Colorado Springs called “Mark Dabling Boulevard,” and it’s named after a fallen police officer who died in the line of duty.

There was one area of my hometown where the streets were named after the developer’s children. Of course, he had more streets to name than offspring, so he devolved into using Street, Place, Circle, Lane, and so on with his son’t name in front of the moniker. Please don’t do that. It’s confusing to the players and probably to GMs as well, even if you’re the one that is running the locations in your home brew game.

These tend to last a while and stick around, sometimes for generations. Having a well-named business beyond simply using the owner’s name is great, but if there happens to be a dwarven-owned business in a city dominated by elves, I’d use the dwarven name. It’ll stand out and make it interesting. There are plenty of establishment name generators out there on the Internet. My recommendation is to use those to spark ideas, but maybe not use the names straight out of the generator.

Few of these types of businesses label themselves or put out signs to mark their location. Instead there are going to be various bits of street slang and such to communicate how to locate illicit businesses. Have some fun with coming up with the slang you’ll use for these. It’ll definitely brighten up your underworld. I highly recommend trying to find a copy of The Wordsworth Dictionary of the Underworld by Eric Partridge. It was first published in 1950, but my copy is from 1995. I don’t know if there is a more recent edition, but I did have a hard time tracking down my copy online.

In addition to private residences (which typically aren’t named) and businesses dealing with the populace, there are also public buildings that serve the public as well. These can be courthouses, jails, fire stations, hospitals, postal services, public official offices, and so on. Most of these are clustered relatively close to one another (typically near the location where the city was first founded). They’re also named buildings. Sometimes the names are boring (El Paso County Courthouse). Sometimes the names are location specific (Sand Creek Police Station). However, I urge you to name them after some person from the location’s past. This builds in a history and story for your location. The “Howard G. Rockford Memorial Courthouse” (completely made up name, BTW), is more compelling than “County Courthouse.” Who was this Howard fellow? How was he so important to the community that the marble building is named after him? What did he do? Questions like these compel the imagination.

Lastly, there are unique landmarks that every urban area is going to have. Just north of me, there is a city called Castle Rock. That’s because in the middle of the city is a butte that is crowned with a series of rock formations that look like a castle’s crenelations. Thus the name of the city.

When I was in Europe as a high school graduation present, we visited Belgium for a brief day or two. While in Brussels, we came across the most fascinating bronze sculpture of a toddler peeing into a fountain… with actual water flowing. After asking around a bit, we got the story of a lost child of the royal family that was finally found on that particular street corner taking a leak in the street. Turns out this is a mere legends, but is still a good story. If you’re interested in learning more, check out the Wikipedia article about Manneken Pis. Especially pay attention to the legends section for idea on how to make some unique landmarks.

Lastly, there can be misnomers in the landmark’s name. What if someone named a village “Tall Hill” in the midst of a high plains area as a joke? It might take the PCs into a direction to find the “tall hill in the area” when there really isn’t anything to find. This is probably being clever and should be avoided, but if you make it abundantly clear that the name is a partial joke, that should clue in the players that it’s not a plot hook.

The last word I have to say on this topic is to make sure the words you use for your names are pronounceable… at least by you, if not most everyone. Sure, we all love to look at those Tolkienesque elven names that are 39 characters long, but trying to parse and speak one. Meh. Just don’t do it. The players will end up calling your beautiful elf with the name of “Kearboughbaerlanniamashinna” by their own nickname of “The Elf Kerblahblahmash.” Do you really want that to happen?