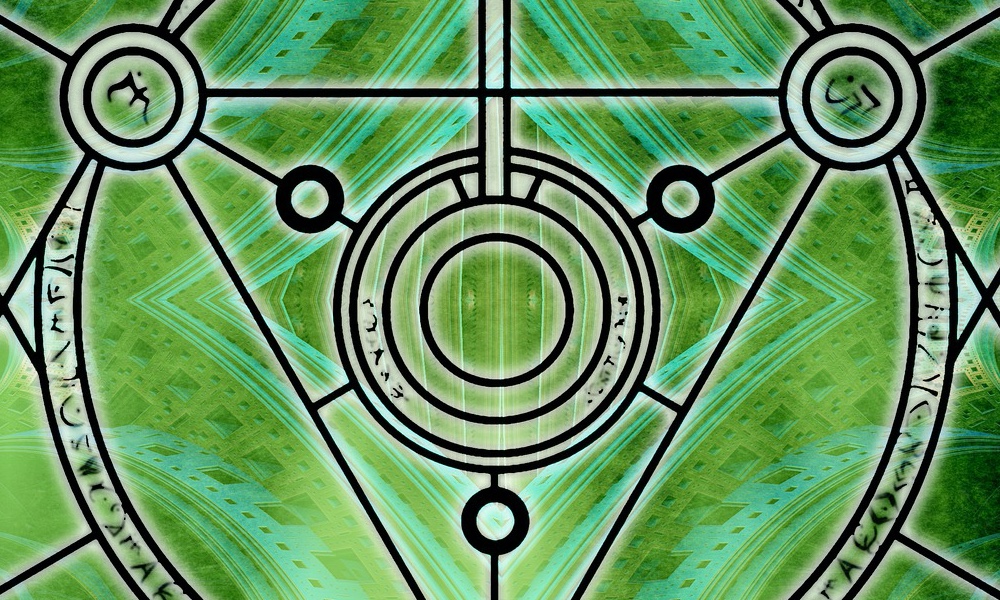 GM: A red ball of flame hurls through the-

GM: A greenish-yellow cloud of smoke appears from-

GM: A purple arc of negative energy rips toward you from the sorcerer’s fingertips.

Player: Eh? What the? I don’t know what the spell is. Run! He’s a powerful mage!

GM <thinking to self>: It’s just a lightning bolt, but negative energy instead of electrical.

As you can see, merely changing up the description of a magical effect can throw even the most seasoned player for a loop. This adds intrigue, excitement, and sometimes fear into the game. This is where the GM gets to pull on those strong reaction strings for the benefit of the game, but also without being mean.

There’s a saying that goes something along the lines of, “You can’t grow until you’re uncomfortable.” That’s probably poor paraphrasing, but it works in this instance. Make your players uncomfortable about what’s going on by taking away the tried and true magical descriptors and replacing them with new and interesting ones. This will grow their reactions to the events and amp up their interest in what’s going on at the table as they try to figure out how to fit this “new magic” into the comfortable mental mold that they’ve carried around with them for years.

Changing up the physical description of spell effects can work wonders as well.

As I’ve showed in my example above, just changing the color of a spell effect is enough to change up the perception of the spell, even if you don’t change the game mechanics behind it at all. I’ve used various colored fireballs in the past to throw players for a loop. I’ve yet to use a “prismatic fireball” in my efforts because that concept just popped into my head, and I think it would be a cool effect to really scare the experienced players that have high level characters. I’ll have to put that one in my back pocket for later use.

Changing up the physical description of spell effects can work wonders as well. Describing a magic missile as spiked sling stones is pretty cool and gives it an “earthy” or “druidic” flavoring. Describing a wall of fire as elementals dancing and cavorting within the flames adds a certain flair. Take that same wall of fire spell and describe it as “trapped souls screaming in pain” and there’s a totally different flavor, even with the same game mechanics in place.

One of my most triumphant times as a GM was when I had a large group (8 or so players) and all of them where extremely intelligent and experienced with D&D. This was in the D&D 3.0 days, and they could collectively recite damn near every stat block and power of every monster in the core monster manual series. There really was no surprising these players, and I was okay with that for a while. It was just the style of gaming that we had at the table, and that style is perfectly fine, so long as folks are having fun.

Â I dusted off my first edition AD&D DMG and ran to the back tables where random other-planar creatures could be generated.Â

However, I decided to change things up on them a bit. They were prepping to assault a remote keep that had been taken over by devils. I assumed the players were going to do their due diligence and read up on devils and their powers between sessions. Yeah. It’s meta-gaming, but like I’ve said, that was this style of game. To really throw them, I dusted off my first edition AD&D DMG and ran to the back tables where random other-planar creatures could be generated. Different physical attributes and descriptors flowed out of those tables, and I applied them as skins over the stats of the existing devils. I even applied some of the skins to non-devil stat blocks (like goblins and ogres and such), but the appearance was devilish in nature.

Lemme tell you. The raw fear of these “unknown” devils was deep and pervasive in the players. I could tell that they’d done their homework, but they’d studied for the wrong test. This led to more careful planning on their part, an abundance of caution, and quite a bit of good, in-character role playing from all of the players. At the end of the day, they cleansed the keep of the devils, but it was nerve-wracking for them the entire go of it.

Spells are generally thought of as a one-and-done kind of effect, but there are plenty of examples of ongoing magical effects from fiction and in the RPG setting books themselves. This is where you can explore the depths of your creative mind to come up with great descriptors for ongoing effects.

Â Spells are generally thought of as a one-and-done kind of effect.Â

Glowing runes, red pulsing script on the wall, flowing ooze that vanishes into a gap in the floor, strange altars vibrating with a low hum, and all of these are just some examples of tools in your toolbox for descriptors of permanent effects.

With ongoing effects, I do urge you to put careful thought into what’s going to happen, if anything, when the players interact with the effect. As John Arcadian said on a recent podcast, “Players love to ‘activate the dungeon.'” You need to know what’s going to happen when the red, pulsing script is read aloud. What happens when the glowing runes are smudged out? What happens if a player touches (or drinks, ew) the flowing ooze?