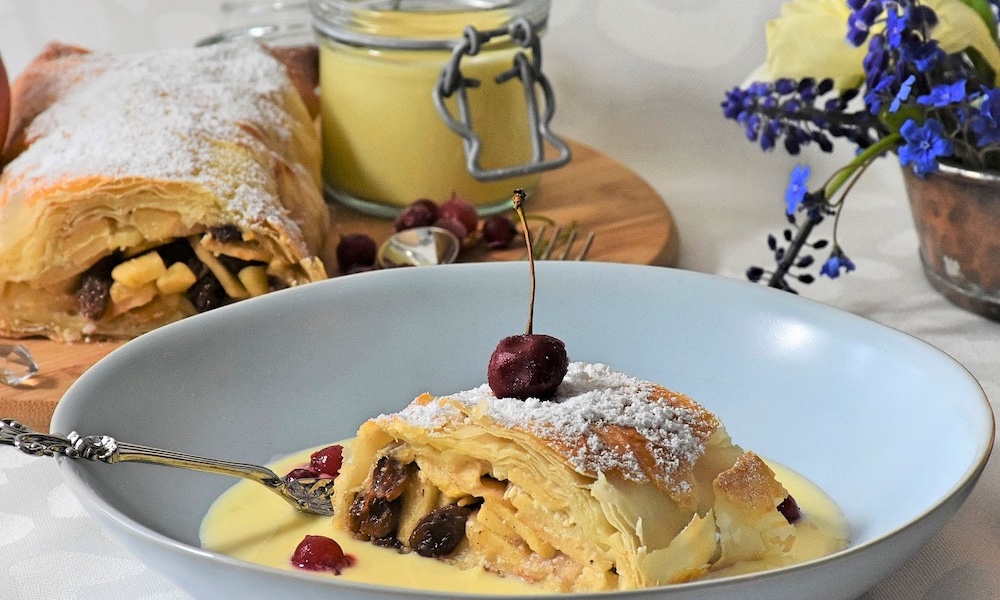 Today I’m going to delve a bit into world building. I can see some readers checking out already because they run a pre-published setting like Forgotten Realms or Eberron. Don’t give up on me just yet. This article applies to all GMs, even those running someone else’s material. I’ll be talking about how to make food a little more interesting during those social encounters at feasts, taverns, mead halls, space stations, and cantinas.

The reason this article popped into my head was because of the numerous memes floating around social media that are based on the Lord of the Rings movies. I didn’t do a scientific count, but my gut feel is that about half of those memes are somehow related to food. You know. Second breakfast. Po-Tay-Toes. Things along those lines. The other half are pretty evenly split between something heroic and Gollum’s “my precious.” Out of the 11+ hours of epic battles between small and large, good and evil, magical and mundane, we came away with jokes and memories about food.

That tells me that food is more important to the human condition than simply an intake of calories and nutrients to keep us alive. So let’s dive into how to make it more interesting in our world building moments when presenting food to the players.

For fantasy, the typical fare in a tavern is going to be day-old bread (is bread ever freshly baked in a fantasy setting?), a hunk of large cheese, dried meats, a tankard of nutty ale, and a bowl of greasy stew. Raise your hand if you skimmed that list or tuned out until this sentence started because you already have that list of food memorized. Yeah. Your players do the same thing. What I listed off above is flat boring because it’s been done to death.

Change things up with your fantasy setting. It can be done in a subtle manner, too. You don’t have to go way exotic (though that is an option) for a meal to be memorable. Let’s try this on for size as some “boxed text:”

You’re served a half-loaf of bread with a tangy scent steaming off of it. The soup you’re served is an even mix of yellowish broth, short noodles, and turnip chunks. Alongside the bread is a large bowl of turnip-based salad, and thinly-sliced turnips decorate a plate of dried meats and cheese.

What did I do to change things up? I added turnips and made the bread fresh. The salad is also a change from the traditional fare. Three simple and relatively small changes will make the meal memorable. Of course, by overusing turnips, I’ve driven home that there’s probably a large turnip farm nearby. This can even be shifted into an adventure hook down the road when the PCs return to the tavern and aren’t served turnips at all. This might indicate that something is wrong at the turnip farm, and any adventurer worth their “bowl of greasy stew” will march straight to the farm to investigate.

In science fiction, characters traditionally survive off of rehydrated meat, protein packs or pills, and oddly colored milkshakes of dubious origin. None of it has flavor because apparently flavor is bad for you in the future.

Even if you limit your scope of spacefaring folks to earthlings, you have thousands of cultures and cuisines to borrow from or to mesh together to make things interesting for your food in space. Yes, there might be some limitations on what’s available due to technical reasons and depending on your “tech level” of the game. Assuming some technology more advanced than what is presented in The Expanse series, almost any combination of foodstuff is possible. Using a random country generator, it’s easy to come up with a few countries to merge together. It might take another couple of Google searches to find food from those countries, but get creative and mash them up. Here are some ideas that I came up with in the span of just a couple of minutes:

I’m not sure how pleasurable some of those would be to eat, but they’re certainly memorable! The more thoughts your combinations provoke, the more hooks into the world the players will have. This will make the world feel more lived in, more three-dimensional, and more realistic.

Something I’ve learned along the way in my fiction writing career is that readers (in your case, the players) will be more willing to suspend disbelief for the fantastical and wondrous elements of your story (or setting or NPCs or adventure hooks or events) if you give them some solid ground to stand on. Food is one of those footholds. Making the food authentic to a true eating experience, but with a memorable twist, will buy you a considerable amount of goodwill toward the story you’re trying to collaboratively tell at the table.