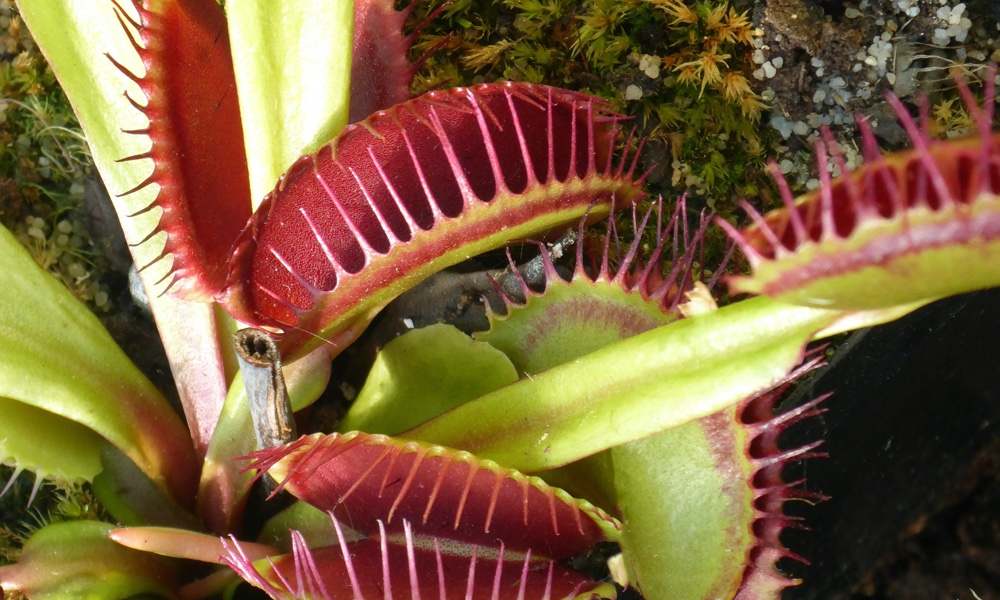 In continuing with a theme of how to use small details to make your worlds more interesting, I’m going to talk about plant matter to make things a little more deep and fun to play around in. I’ll openly admit that I’m not an expert when it comes to plants, herbs, spices, natural remedies, and things along those lines. That might contribute to this article being a bit on the shorter side, but I can still pass along some concepts and ideas that you might be able to leverage into some great world building goodness.

I think I’ll tackle this from the idea of three different genres of storytelling that are relatively common in RPGs as well. Here goes!

In the first novel that I wrote (it’s a trunk novel, so don’t run out looking for it. I need a complete rewrite on it before it sees the light of day), I poisoned the main character’s best friend. Another side character knew how to treat the poison, but was too badly wounded to go find the herbs and plants necessary to enact a cure. The knowledge was transferred to my main character, and she had to go find the goods to save her best friend. In the writing, I made up three different plants by name, gave them plausible descriptions, and included some of my home brew knowledge about steeping plants in hot water for certain lengths of time to produce a tea. At the end of the whole thing, I had a very believable series of actions for the main character to undertake.

You can do the same thing with your PCs by sending them on “collect and gather” missions for an NPC that needs the ingredients to make a Potion of McGuffin for the PCs to use against the Main Bad Buy. I know I’m being overly generic here, but there are some key points to keep in mind when including these plant details:

Hash out those details about the important plants in your story, and you’ll do just fine. Don’t go overboard. Don’t do it with every plant, or you’ll drive yourself mad with detail overdose.

Plants here on Earth are green because of chlorophyll. This chemical absorbs certain wavelengths of light for energy, and green is one of the dominantly reflected light waves, which is what we’re seeing when we look at the greenery of foliage.

Now that my science lesson for the day is over with, think about the color of light of our sun, the light getting to the surface of the plant because of water (and other chemicals) in the air, and why reflecting green is good for plant life. I’m not sure of the answer, and I’m not looking it up because it’s not germane to the point.

Other planets are going to have different color compositions of starlight, atmospheric conditions, and so on. How will this affect the color of plants? You don’t have to do tons of research into this. Just make something up. On the planet Kerblahblah, all plants are purple with slight edgings of green. Why? Get ready for that question and come up with some good pseudo-science behind the light and intensity of the nearest star, and so on. Handwavium science is your friend here.

For folks of a certain age, if you mention “plants and horror” a certain musical will pop into mind. I really wasn’t going into that “little shop” with this train of thought. I promise.

Instead, I was going to talk about a horror movie that came on cable TV when I was about 9 years old or so. My dad and step-mom let me watch it, and I’m not sure why. Maybe they’d already seen it and knew it wasn’t that scary. Well… It really wasn’t that scary. Something on California beaches were sucking people under the surface of the sand and eating them. Oh! The horror! Honestly, it was pretty lame, even to my adolescent vantage point. All through the movie, they never showed the creature. That’s why I kept watching. I wanted to see the critter. They finally revealed it as a giant sunflower with gnashing teeth and (I’m not joking here) strange googly eyes. It was like someone took an elementary school kid’s drawing of “sunflower monster” and dropped it into a horror flick.

If you truly want horrific plants, bring them to life. Give them human attributes (but not googly eyes, please). That’s unreal and unsettling. Quite honestly, I think treants from Lord of the Rings are scarier than orcs. Imagine a creature that can live hundreds of years, move, think, and recall ancient wrongs done to them. What if the great-great-great-great-great grandfather of one of your PCs cut down a sapling for firewood one time, and that sapling happened to be the child of a treant? Imagine that treant haunting the PC’s family (or waiting until the right moment to strike) for centuries on end.

The scariest plants that I can think of from movies come from the evil forest outside the cabin in the Evil Dead series of flicks. Those are pretty frightening trees! If you’re not sure what I’m talking about, I highly recommend the movies (yes, even the older, campier ones).