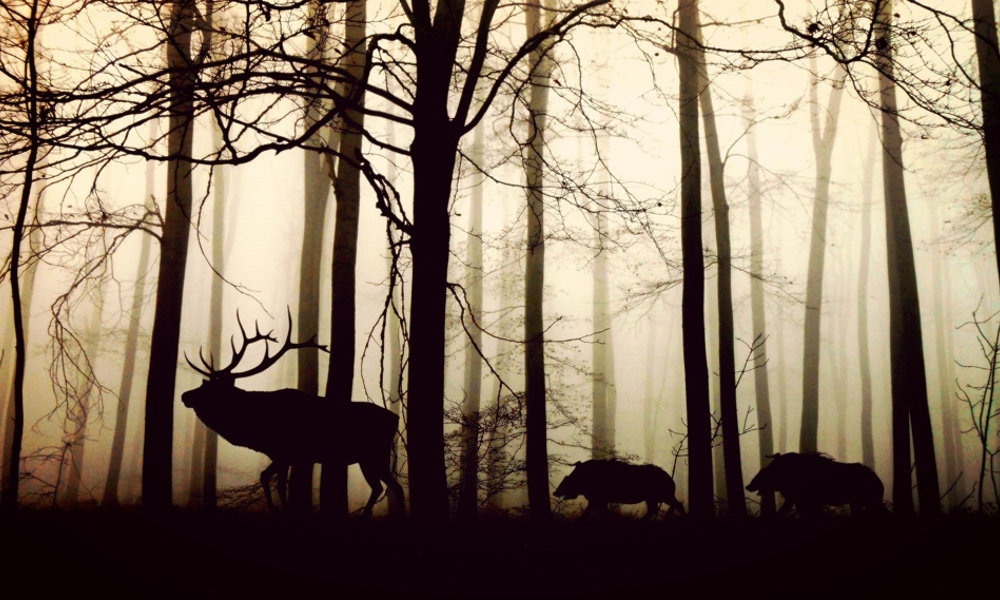 So far in this series of “interesting” articles, I’ve covered food, weather, foliage, and urban locations. I think it’s about time to talk about the creatures that inhabit the world. That’s right. The fauna of the world can be even more interesting than many of the above topics. I think that’s because we can get all mythological on things and combine different animals into their own ecology. Even if we don’t feel like playing Doctor Moreau with existing creatures, it’s easy enough to twist around an existing creature. Heck, if we really want to, it’s easy enough to go hog wild with some unique creations. Of course, there’s always the option of delving into science and basing the characteristics of an interesting creature on exotic and interesting climates.

There are a great number of examples out there. You really don’t have to look further than most mythologies for examples of how different creatures (even humans) have been merged with other creatures. Quite honestly, if enough imagination is applied in this area, the merger of any two creatures can be justified. It might take some leaps of logic (or powerful magical applications) to justify some combinations, so while creativity in this area is encouraged, please don’t stretch your players’ suspensions of disbelief too far.

Yeah. All of the above can trigger the creepy weirdness that players love to experience. Think about the weird things taxidermists built for circus sideshows back in the 1800s and early 1900s. Yeah. Use that for inspiration and then make those oddities real in your world.

Taking something normal and adding (or changing) one aspect can make the creature super special and memorable. It really doesn’t take much to impress (or scare or intimidate) your players. This is especially true if you have that player at the table who has memorized every page of the monster manual.

Of course, coming up with something completely new can be amazing. Look at classic D&D creatures like the carrion crawler (my first PC death was to a carrion crawler), the rust monster, black pudding, displacer beast, and even the iconic beholder. These creatures weren’t yanked from mythology. They were created whole cloth from the minds of the creators of role playing games. From my understanding (and this could be a completely untrue story, but it’s a good one), Gary Gygax went to a toy store to find some “monster miniatures” to use at the table. He found these little plastic and rubber “dinosaurs” and brainstormed up the first use of the rust monster and displacer beast from those inspirations.

Look around the world and do your own brainstorming. There are quite a few artist hangout web sites (I highly recommend Deviant Art) where you can find your own inspirations.

Look at the real world in extreme climates: Hot, cold, dry, wet, high pressures at the ocean bottom, top of mountains, etc. You will find some amazing adaptations that allow creatures to not only survive, but thrive, in those environments. If you care to do the research into the mutations that have allowed these creatures to dominate in an oppressive environment, then you can apply those same changes to other creatures. This is where the players will automatically accept anything you throw their way.

For a long time, I’d lovingly handcraft artisan statistics for my monster creations. Then I realized the players don’t really see or know the full extent of that work. That means much of it is wasted. Borrow from what already exists. If you want a creature to have regeneration like a troll, find that section of the monster manual and do a copy/paste into your own document.

Re-skinning is also a favorite of mine. I’ll take stats from an existing creature and not change a thing as far as the game mechanics go. Nothing. Nada. Zip. I’ll just slap a new skin or description onto the numbers and feed that description to the players. For veteran players it will either excite them, intimidate them, inspire them to interact, or some of all three of those reactions. This is because the monster is “new and interesting” when really it’s just a vrock (demon) in disguise as a giant, flightless bird with a powerful screech, and a cloud of floating feathers around it.