IN THEORY: WHEN TO RESTART 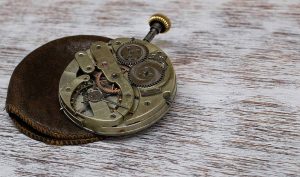 Most campaigns have a finite lifespan. At some point you’ll either wrap it up with a finale, fade into something else, or real life factors will stop it. It’s a sad duty to end a campaign. However, it offers a chance to grow as you start your next one.

In this article, we’ll look at some reasons for restarting with a new campaign. Any fresh start (new campaign, new system, new genre) counts as a restart for this article.

MAXING OUT
As your player characters (PC’s) reach very high levels, sometimes it can be difficult to provide them with appropriate challenges. They now have the skills, equipment, or spells to easily overcome common problems. Designing high-level challenges can be a great opportunity to develop as a gamemaster (GM), and you don’t need to trigger a restart just because PC’s have reached “level X.” However, if things are generally too easy for them, and you’re having trouble keeping their interest, a restart might be in order.

DONE IT ALL
Character goals are GM gold. The best adventures often come from merging character goals with GM creativity. However, once those major goals have been met, it might be time to move on to new characters or a restart. As with “MAXING OUT”, meeting a goal is not an automatic trigger for a restart. However, if everyone has met their major goals (rescue the prince, steal the Death Star plans, become the disco king of 70’s NYC), it might be time for something different. Players may even keep their old characters around to train the new PC’s. This eases the transition.

Another aspect of “DONE IT ALL” is campaign bloat. While a detailed campaign world is a beautiful thing, sometimes it becomes too much to keep track of. A restart may be in order to clean the slate.

MULTIPLE NEW PLAYERS
Unfortunately, players come and go. Some have work or personal commitments, and others just move on. Integrating new players into an ongoing story can be done. However, if you have more new players than current players, a new campaign might be a good option. If your current players wish to keep their current characters, offer them the chance to play a younger or alternate version of that character. (Or have them go up against an old school wight and drain those levels, baby!)

IT’S TIME
Sometimes you just know. Maybe, as a GM, you’ve exhausted a particular genre or are burned out on a particular system. Maybe a new movie or TV series has everyone’s interest. Players may also be approaching you with new character concepts or asking if you’re restarting soon. Sometimes the time to move on is obvious.

CONCLUDING THOUGHTS
Starting over is a tricky affair. There’s no formula to use or one right time for every group. Even when the need for a restart is obvious, it can still be awkward. It takes time for players and GM’s to settle into the new world. But like a blank canvas, it’s a chance to paint something that’s never been done before. And you’ll do it together.

Share your ideas on restarting below. What reasons did I miss? Tell us about your negative and positive experiences with restarting.