IN THEORY: WHEN NOT TO RESTART 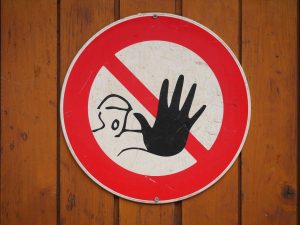 In a previous column, we looked at some reasons why you might want to restart with a new campaign. Maybe players have maxed out their characters, met all their goals, or maybe you just need a fresh start as a gamemaster (GM). However, there may be times when you may want to restart, but probably should keep on with the current game.

In this article, we’ll look at some reasons for NOT restarting. We’ll also look at some ways to manage the urge to restart. As with anything, these are meant to provide food for thought, not proscriptions or rules.

PLAYERS ARE STILL HAVING FUN
Sometimes a new genre or system is tugging at your GM heart. Maybe a new movie or the latest edition of your game system just came out. However, your players are having a blast with their current characters and have built up relationships with NPC’s in your game world. In this case, forcing a restart on the group might be a bad idea.

If a new edition has your eye, you may want to just house-rule a few things from it into your current campaign. Who knows, players may like it so much that they’ll want to make the switch. If a different genre has your attention, offer to run a one-shot and see if your players are interested. You can also “reskin” an adventure so that is fits your current genre. Perhaps your fantasy characters come a across a strange new island or pocket civilization and must make first contact. Perhaps they obtain a tower that let’s them travel to anyplace (or time) on their planet. Little nods to other genres might help you resist the urge to throw the baby out with the bathwater.

DEAL BREAKER
For some players, restarting can be a deal breaker. They may be very committed to their characters or a particular rules edition. They are playing in your world, and using that particular system for a reason. That’s not to say that you have to run the same campaign or rules system forever. Just be aware that some players may not make the move with you.

To possibly prevent losing players, you might run a one-shot to give players some exposure to the new system. No promises, but this may help you keep those current players in your game.

BAD SESSION
A bad session or two can really do a number on your gamemastering confidence. You might think that this game just isn’t working and it’s time to restart. Resist that urge and give it a few more sessions. Sometimes you or the players are just having a bad night. Spend a little more time fleshing out your NPC’s and encounters for your very next session and things will most likely go better. Even longtime GM’s have a bad night. It’s just part of the deal.

TOO OFTEN
Some gaming groups change systems and campaigns frequently. That’s great, but may not work in every gaming situation. For most groups, restarts should happen occasionally. This provides a sense of familiarity for players, and a chance for their characters to advance and mature. So how often is too often? That’ll vary from group to group. A rule of thumb might be that if you are restarting more than once or twice a year, it may be too often.

CONCLUDING THOUGHTS
Starting over can bring new energy to your gaming. However, restarting does have its own concerns. Talk to your players to see if they think it’s time. It might not be just yet, and you don’t want to overturn the checkerboard too early.

How about you? What problems or concerns have you had with restarting? What games have turned out better than expected because you hung in there? Let us know below.

1 Response to IN THEORY: WHEN NOT TO RESTART