Improv And The Art of Group Story Telling 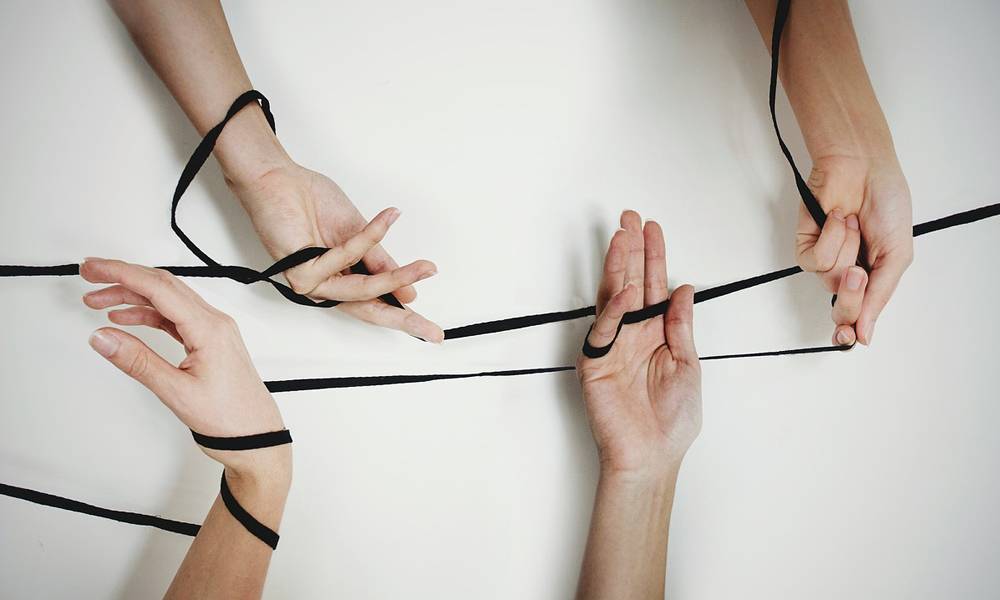 “I know you think you can handle this,” our superhero mentor says to us as she heads off to fight evil in what we know is the wrong place. “But you can’t. Stay here, and stay safe.” We look at each other for a moment in the empty room before immediately making our own plans.

When a group really clicks and plays off each other, there’s nothing quite like it. Not every group will do it every day or every game, but the moments are worth every session. My favorite games to play right now lean towards guided improv, so the skills that help you improvise better as a group are one hundred percent at play. That means picking up on the things your friends are doing, remembering them, and building on them. It also means sometimes you prioritize the story you’re telling as a group over the welfare of your individual character. It means making the other characters look good, and it means trusting your table, actively communicating in and out of character, and being giving and game as a player.

“I know you think you can handle this,” Kel says to her dog, looking him in the eye as we prepare to head to Shyree’s spaceship to get us to the island none of the adult superheroes seem to think is important. “But you can’t. Stay here, and stay safe.” He cocks his head to the side at her and whines. We head to the ship.

One key difference in improving our games vs. the kind of improv we see in most improv theatre is length. We’re committed to playing these characters and remembering their history and their ongoing moments for the length of this one shot or campaign. Whether it’s four hours or two years, the ways that you can call back to your group history give depth and meaning (and frequently comedic relief) to your games. What isn’t different is the need to trust your fellow players to have your back in storytelling and making character failure okay, especially in service to the overall narrative. As long as everyone is safe, there are no mistakes in improv . . . only happy accidents.

“I know you think you can handle this,” Shyree whispers to her ship as we split up to search the island. “But you can’t. Stay here, and stay safe.” The ship fades a little more into the background, shutting down its non-essential systems. She heads off into the forest. [Masks – She’s A Super Geek]

When you can improv your way into the kind of things that happen in prewritten scripts – like the rule of three – it’s sheer magic. So how do you create this atmosphere at your table?

Â When you can improv your way into the kind of things that happen in prewritten scripts – like the rule of three – it’s sheer magic. So how do you create this atmosphere at your table?Â

Make Your Table a Safe Space

Please please make your table a safe space for everyone in general, but in this particular case, to get this kind of play, you have to trust each other. That means knowing the GM isn’t out to get you, and it means knowing that as people and players you are invested in telling a good story. To tell the kind of story we really engage with as humans, your characters are going to face adversity, and they are going to fail. And that’s okay. Heck, that’s great. To allow a story to really unfold, failure has to be just as acceptable as success. Personally, I find it harder to achieve this level of table trust in a game like Pathfinder where bad die rolls can take you out of the game than in Dungeon World or something else Powered by the Apocalypse, where failure becomes a mechanic that gives codified narrative power to the GM to make the story more interesting. And why wouldn’t I want the story to be more interesting? Fail away! One of my most enjoyable recent games was a round of Protocol, where we spent the evening vying for the Goblin throne. Did I win? Not at all. My character ended the game lying dead over her lover’s body Romeo and Juliet style, both of us killed by our own competing machinations. And I loved every second.

So how do you make your table a safe place to improv?

Don’t try to get your hands on the GM’s notes. Do take a moment to step out of your story and present an idea to your fellow players about a really interesting way you see a conversation or relationship going. If you can get enthusiastic buy in from the other player(s) about a direction to move in, you’re on your way! It is okay to pause and check in with people, especially if it’s an idea that will push in directions you want to be sure everyone else is comfortable pushing. Backing out a level to check in about the story you’re all telling together is perfectly valid and encourages conversation and contribution at your table.

You won’t pick up on an opportunity to call something back if you don’t catch it the first time. Sometimes that means catching that subtle hint that someone just dropped that they have a fear of bunnies, and sometimes that means spotting a glorious line you can hit again and again as your story unfolds. A key part of communicating is actively listening. You can’t truly be involved in this conversation/story unless you are picking up everything your table is putting down – even if it’s only to store it for later.

Â If you want to play the storytelling kind of game, it means prioritizing the story over your own spotlight as the main character.Â

Sometimes the story organically gravitates more towards one character’s plot than yours. If you want to play the storytelling kind of game, it means prioritizing the story over your own spotlight as the main character. That doesn’t mean you shouldn’t get spotlight time. It means you may be using your spotlight time to drive towards a story that isn’t intrinsic to your character. For example, I’ve played several games of Lady Blackbird. Generally it leans towards an ensemble cast kind of play, which is very typical to most games most of the time. Once it notably warped in to a romantic comedy very strongly. That’s not at all to say that we didn’t all share our action time, but the story started to have a clear direction, and as players we all took it and ran. In the Masks game that demonstrated the rule of threes so magically at the beginning of this article, we also called back a piece from our beginning tableau to the end to tie up Shyree’s crush on Kel, which my character had no part of. Bringing those pieces back around, though, completed the story in a much more poignant way for all of us.

Whenever I get all these elements at my table, I have a wonderful experience, whether it’s funny or serious or somewhere in between. In the end we’re really talking about a specific type of support at your table – the kind where as a group you are all working towards the same goal. It’s the same kind of cooperation we see in theatrical improv, and it’s the same place we stole “yes and” from. Being both a cooperative player and a cooperative GM is my current preferred playstyle all around, so when I can get a table of giving, communicative folks, I know it’s going to be an extra good game!

How about you – do you play like this at your table? What’s your favorite moment of brilliant improvisation in game?

1 Response to Improv And The Art of Group Story Telling