Today’s guest article is by the awesome Craig Dedrick, who handed off the task of making maps to his players and wrote about the experience. Hum the Indiana Jones theme song in your head as you read. – Cartographer John 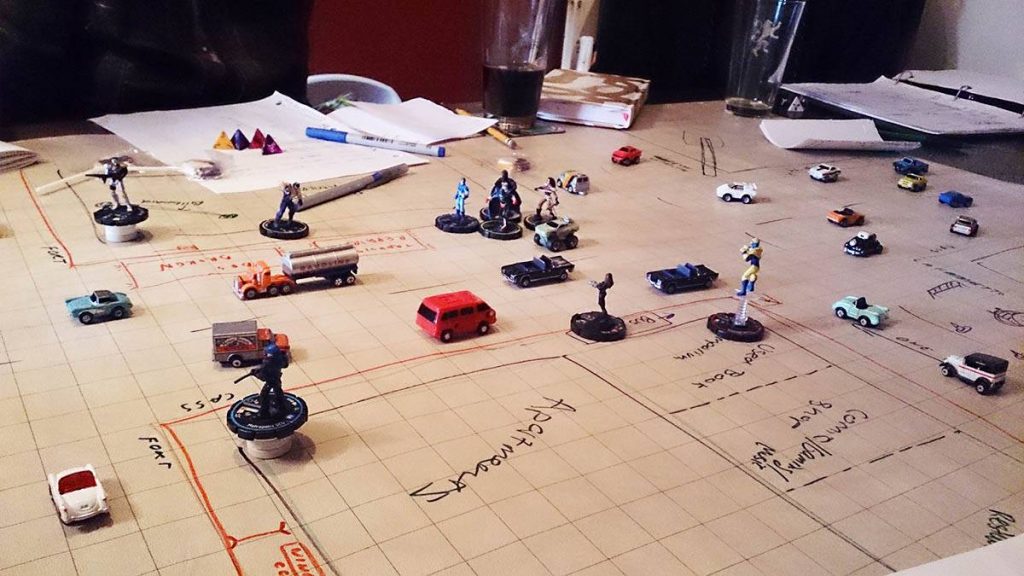 In general, one of the things that I take great delight in as a game master is the process of preparing for a game. Finding the monsters/antagonists, coming up with NPC’s, and figuring out encounters and plot points is great fun. However, like many pleasant jobs, there are some tasks that are less enjoyable. For me, the unpleasant part of game preparation is making encounter maps.

Don’t get me wrong — I love a good map. However, coming up with a good map is a painful process, and more often than not I just “phone it in” and modify the same old house floor plan, wooded clearing, or 9-room dungeon. However, of late, I have come up with a different solution entirely. I ask my players to draw my maps!

Getting Your Players To Do The Work

I am lucky to have several players with some map-drawing or general artistic talent. When running a super hero game a little while ago, I had neglected to come up with a street map for an intersection where the heroes were planning to stop the nefarious plans of a group of villains. I also had to deliver some private information to one player, and I had to get my super villain combat information organized and ready to go. Rather than let the game grind to a halt while I got my notes together, met privately with a player, AND drew a battle map, I chose to delegate the map drawing to the remaining players. I simply gave them some guidelines: “I need an intersection with at least one tall building and plenty of traffic.” From there, I was able to accomplish my tasks without leaving the other players bored. On the contrary, they seemed to take great delight in creating a map for the big encounter.

By the time all was said and done, I had noted the following benefits from the technique:

As you can see in the photos, the players included plenty of detail, including types of businesses, some construction, a crane atop a building (!!!), an open manhole, broken-down vehicles blocking traffic, etc. For once, my tendency to procrastinate unpleasant tasks has yielded a great benefit, and I will definitely be using this technique again. 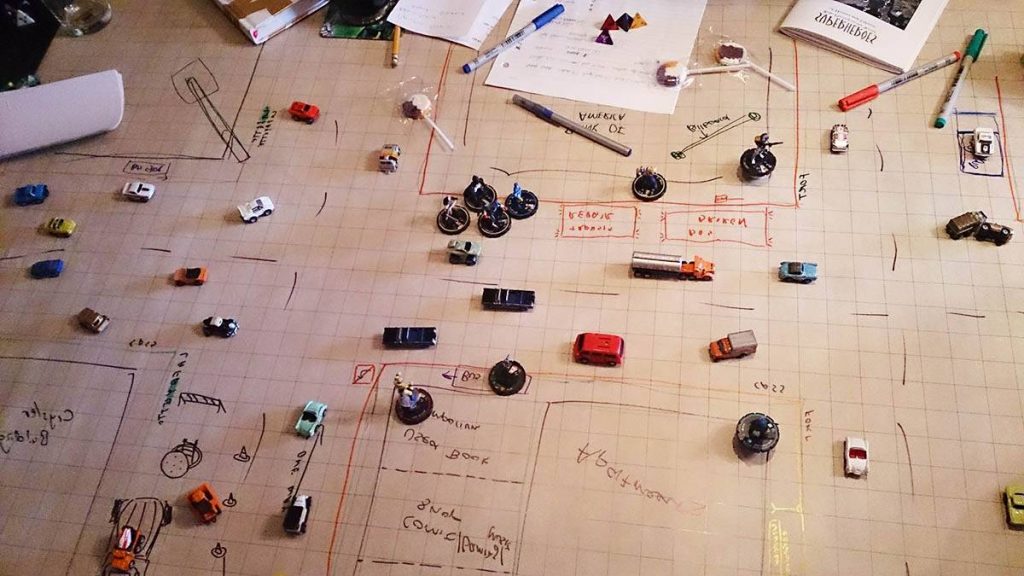 What do you think? Do you have other strategies for delegating tasks to players during the session? Would you be able to trust your group to make the battle map for a big encounter? A small one? Have you tried something similar?

9 Responses to I Hate Making Maps!