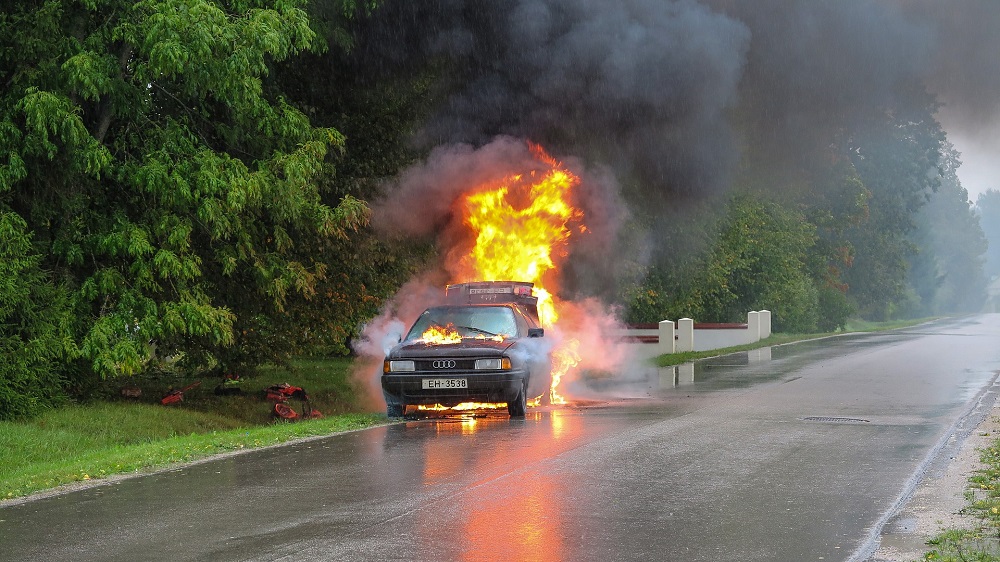 Put away the ski mask, you absolute sociopath. This is about doing bad things in gaming, and what you do on your own time is between you and your defense attorney. If you’ve been gaming for any amount of time, you’re familiar with most of the old adages about how to make a good game: “show, don’t tell,” “don’t metagame.” “Don’t roll the dice by putting them in your mouth and spitting them onto the table.”

Those are all really good pieces of advice, for the record. But rules are made to be broken. This article is all about how to turn standard gaming advice on its head, and make a better game by doing so.

Some time after World War II, it became an axiom of creative writing (and by extension its younger sibling, gaming), that an author should “show, don’t tell.” There’s some speculation that this was actually part of a broader movement to discourage broad social critiques in art, because communism.

Well, Comrade, buckle up. There’s a place for purple prose in gaming. It’s a very small place, no more than a sentence or two. Beyond that, you’re relying on your players to potentially navigate the kind of word count that would make James Joyce feel self-indulgent, picking out the bits and pieces they need out of a mess of adjectives and atmosphere.

So how do you tell in ways your players can use?

Metagaming is definitely a two-edged sword. There’s a world of difference between “I’ve played this scenario before and I know this room is trapped,” and “I don’t trust the way the GM said ‘you don’t see anything.’” The former is just bad gaming, and any player who does that should feel bad about it. The latter is, and I’m giving away a big GM secret here, the whole reason the GM said it that way.

Some of the best games I’ve ever run or played in have unabashedly used metagaming to tell a better story. This can take the form of “I’m an experienced adventurer, so this isn’t my first rodeo,” or a fully-genre-savvy modern character who’s seen a movie or two.

Metagaming can build tension in a way that pretending to be completely ignorant of the setting, genre, and world you’re playing in just can’t. Your players will have expectations and assumptions, whether you let them admit it or not. Your choices are to either pretend this is the first time anyone’s heard the word “wizard,” or to run with it and tell your players that metagaming is, in a way, encouraged. So how do you metagame right?

Â Your choices are to either pretend this is the first time anyone’s heard the word “wizard,” or to run with it and tell your players that metagaming is, in a way, encouraged. So how do you metagame right?Â

By my conservative estimate, there are eleventy gajillion pages of Dungeons and [redacted] content out there, with thousands of rules that interact with each other in weird, nitpicky ways. The same is true of any number of other systems. On the one hand, that’s part of the fun. Tweaking rules and seeing how they change the game is part of what makes choices meaningful, and gives the kind of uncertainty that keeps a game exciting.

But, uh. That’s a lot of rules, and as a GM, you’re already keeping track of a lot more than the average player is. That means, even if you don’t have that one player who knows the game inside and out, your players can, and often should be, more familiar with the rules that apply to them than you are. You can either pretend that you’re the only available source of rulings, or use that knowledge to make a better game. So let your players rules lawyer it up, with the following guidelines:

There are two kinds of secrets: character secrets and player secrets.

So how do you make player secrets fun for the whole group?

A very smart friend of mine once said “RPGs can be anything from improv theater to chess.” If your group tends more toward the former, using rules only sparingly (if at all), that’s great, but odds are you aren’t reading gaming advice if so. As always, if it’s working, don’t break it.

With that said, there are a few problems with the “tell a story and don’t worry about the system” approach.

So how do you keep the dice without turning a game into Yahtzee, but with plot?

Don’t Put the Dice Into Your Mouth

Everyone loves to ignore advice (people are like that). What gaming advice do you like to turn on its head? Sound off in the comments or on the social media platform of your choice. Gimme that sweet, sweet engagement and help me avoid the Stew.

Big thanks to Will M. and Elena for their ideas and input on this one.

2 Responses to How to Do Bad Things and Get Away with It: Advice for the Contrary Game Master and Player