How Do You Feel About Players Checking Their Phones During a Session? (Pros and Cons)

It is common practice for tabletop RPG players to use their smartphone during a gaming session. You will see them checking their email in between turns, texting someone who isn’t there and even taking pictures of the game. Is this behavior rude? Should the DM regulate cellphone etiquette at your table?

In this article, I discuss some of the pros and cons of allowing your players to use their cellphones, smartphones, or whatever devices they have at the gaming table. I’m sure this topic has been discussed ad nauseum, but I hope to bring a balanced perspective about this issue in tabletop RPG etiquette.

1. What etiquette should be followed at the tabletop RPG gaming table

No one should play a tabletop RPG game without following some agreed upon etiquette (or common acceptable rules of behavior). In regards to the topic of cell phone use, before any campaign, you may want to ask your group if it is alright to pick up your phone and use it.

Maybe your group is more lax, and this entire issue is moot. But, like in a movie theater, it could be rude to be on your phone while playing an RPG. This is especially true, if you’re actually carrying a separate speaking conversation!

Yes, of course, it’s different if you’re taking notes on the cloud or something, or checking the stats of some NPC mob. But, just in general it may not be considered proper to do so.

Here’s another point. If the DM has a set etiquette policy about phones, it might be worth stating that pestering other players asking to use your phone to check messages or social media may also be rude. Overall, the good DM should read the room and should have a set etiquette policy, if needed, and all the players should follow this policy. This, of course, gets to my next point. 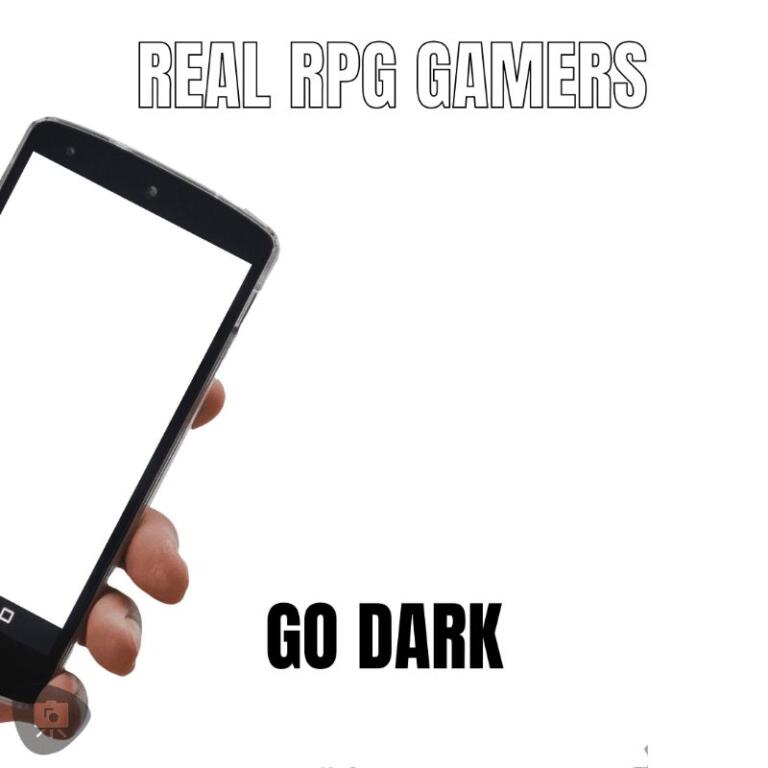 2. Should the DM be responsible for setting the table etiquette?

Many people might say that etiquette while playing tabletop RPG games should be regulated by the dungeon master (DM). However, this idea does not have universal support from all players of RPGs.

Some believe it would take too much time and effort on behalf of the DM. Others believe that etiquette while playing tabletop RPG games should be regulated by a set universal policy, which can be easily enforced and followed by all players in general. A communal policy, as it were.

At the end of the day, a DM might not want to regulate cell phone use for many reasons. It could take up too much time and effort on their part as well as being an unpleasant duty. They may not want to do it because they think etiquette should be regulated by a broad, common-sense agreement that can be easily enforced and followed by all players in general.

It comes down to whether your gaming group is mature enough to allow the DM to focus on the most important job at hand, which is to run the campaign and create an engaging narrative for everyone to enjoy.

RELATED: HOW TO RUN A SUCCESSFUL VILLAINOUS CAMPAIGN

3. Pros and cons of allowing players to use their phones during gameplay

Since we’re talking about etiquette specifically as it relates to smartphone or cellphone use during tabletop RPG (TTRPG) gameplay, there are many benefits to letting players use their phones during gameplay, but there are also drawbacks.

Here are a few pros and cons of allowing players (including the DM) to use their phones during a campaign gaming session:

4. Etiquette tips for tabletop RPGs when it comes to smartphone use

Dungeon masters and players may have to determine who is in charge of what is proper behavior at a gaming table. If a DM is unwilling or unable to focus on maintaining “order” at the gaming table, they have three basic choices: 1) delegate these etiquette concerns to other players, 2) ignore the issue and try to keep going with the campaign as best as possible, or 3) enforce the issue with penalties. There are other ways to handle poor behavior, too. But, without digressing into how each DM may handle their specific and unique gaming group, here are some basic etiquette tips and principles I apply in my RPG games, i.e., DnD: 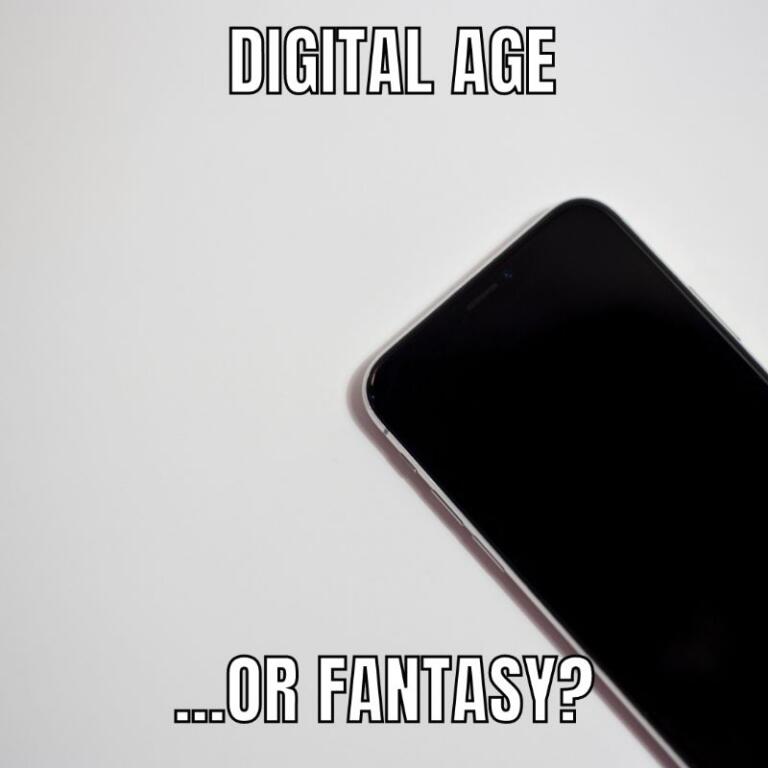 5. Tips on how not to be that player who is always checking their phone during gameplay

You should ask before using a mobile device at the table, if this isn’t clear at the beginning of a campaign. If you pick up your phone during gameplay, especially at an inopportune time like when the DM is describing a room, telling a story, or (worse) while they are roleplaying an NPC, you should try and apologize. Additionally, consider what playing with a device in hand could mean to the rest of the party. It might interrupt your gaming ally’s train of thought or impact their ability to make a crucial decision.

Other tips that may help you from being that player with the phone out all the time, is to have a designated place nearby where you can store your phone out of sight. You can keep notifications set to “do not disturb” mode, and while using your device, keep the screen brightness down unless absolutely necessary. Finally, you can put your phone on airplane mode during games to reduce your temptation for checking messages, etc.

Of course, after all these tips, it will be your personal responsibility to “read the room” to know whether it is good or bad form to operate your phone during a tabletop gaming session. I’m certain that you’ll know one way or another whether you feel comfortable operating your smartphone when playing a game. 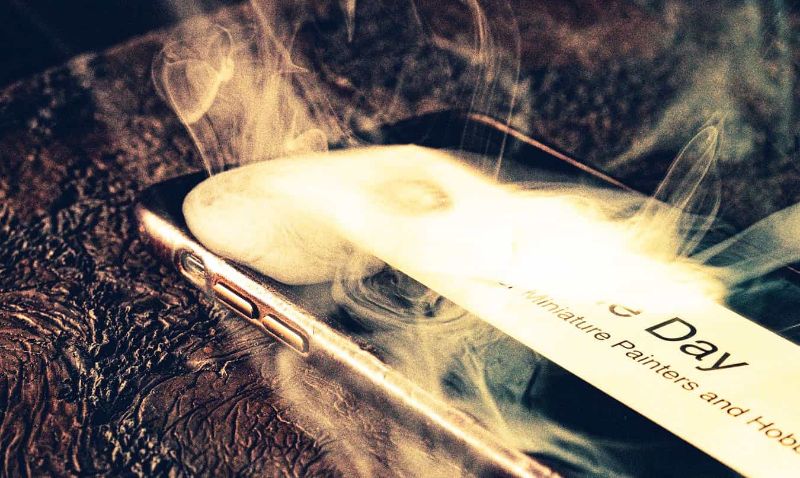 In conclusion, etiquette in tabletop RPGs is a topic that will likely come up at some point. Whether you’re the DM or player of an RPG campaign, it’s important to establish what rules are acceptable and how best to handle any violations without disrupting gameplay for other players.

There may be times when etiquette matters takes precedence over game-play but this should only happen if all parties agree. Otherwise, err on the side of caution by following these tips: 1) Set ground rules about cellphone use before starting your gaming session, 2) Give adequate time for using phone during play, and 3) if someone is violating etiquette with their cell phone usage (e.g., not obeying 10 minute rule), give them a warning first before taking more concrete actions.

Is it polite or rude when gamers check their smartphone while playing DnD or other roleplaying games? Should the dungeon master (DM) regulate the use of smartphones at a gaming table? Let us know what you think with a comment! 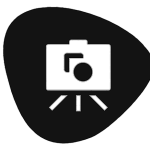 2 Responses to How Do You Feel About Players Checking Their Phones During a Session? (Pros and Cons)