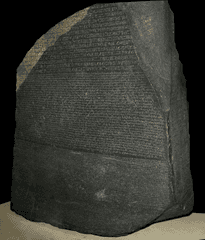 One issue that comes up at the start of every campaign, at least in my group, is whether everyone speaks a common language or not. Sometimes we talk about whether the game setting should even have one? Something that acts as a lingua-franca, a widely spread language shared by many people throughout the world.Â  With Gnome Stew being translated into other languages, this seems like the perfect time to look at the case for and against a common language.

A Common Language In The World?
D&D has common, modern/realistic games assume that most characters will speak the language of the country being played in unless specified otherwise, and futuristic settings often have commonly available means around such issues (such as translators). It seems that the rule, as opposed to the exception, is that a common language or means of communication exists, at least in the sense that most people the PCs encounter will be speaking the same language.

Realism
But is a common language realistic for an entire setting? It depends. There might be driving forces that spread a language across many otherwise insurmountable divides. Things like commerce across country borders spread languages. Conquering armies bring languages with them and leave them behind. Some forces, like the internet or television, can take a single language and spread it across a vast space and number of people.

Aside from a driving force, a language has to have an ability to spread in the world setting. Some force that lets the language be learned by those far from its originating source. Without something like widely available transportation, some global means of communication, or a reason that the common language can spread can a common language exist. There could be many reasons for this in a game setting. Perhaps a setting spanning empire mandates a specific language, a shared commerce language might exist, an ancient empire might have seeded the commonly spoken language, or translation magic or technology allows enough people to pick up the language. While we in the real world have no common language, there are many ways to write a realistic one into a fantasy setting.

I, personally, have trouble deciding whether world settings should have common languages or not. Some settings make them feel very natural and realistic, others just seem to have them for the sake of ease for play. My biggest complaint about common languages is that they can sometimes kill the uniqueness of a game setting. Travelling to other countries doesn’t seem nearly as epic when they speak the same thing there as they did in the last one.

If There Isn’t A Common World Language, Is There Even A Common Language In The Party?
Slightly easier to tackle than the idea of a common language in the world is the thought of a common language in the party. Ever had the situation where at least one party member doesn’t speak any language that the other party members speak? Groups that enjoy hardcore roleplaying often start out playing up the efforts required to translate between the languages the party speaks. Does the human have to translate for the dwarf so that the elf can translate into Oricsh so that the mage can translate into elemental? This can be entertaining and funny for a while, but often gets tedious. I’ve found that most groups I’ve played in usually deal with any language issues on their own. Eventually the group handwaves the language issue away in-group or people pick up a common language that they can share. Often one that few other people in the world would speak.